After Kerala HC observed that even marriage of Muslim minors will invite POCSO charges, women from the community who’ve experienced the horrors of marrying young, hail move; say it’s high time that this practice was treated as a crime 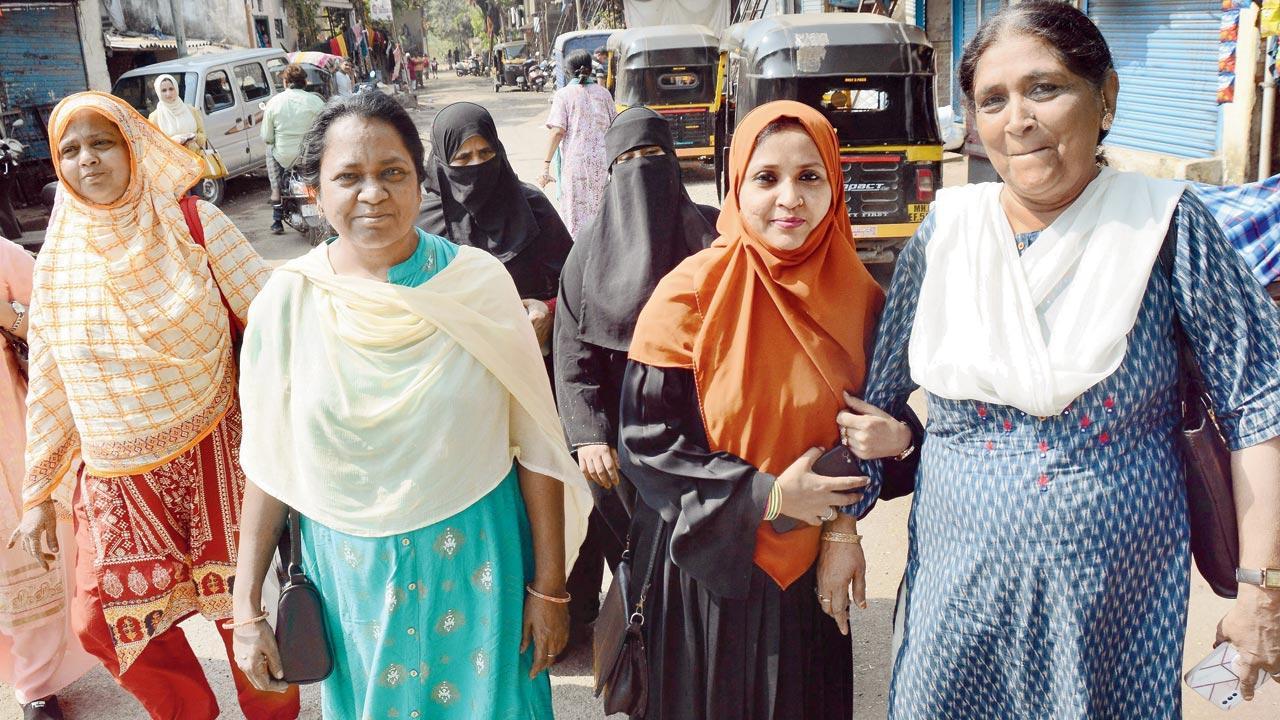 Zubeda Khatoon (right) and Haseena Shaikh (left) were married as minors and have been fighting for the rights of Muslim women since 1995. Pic/Sayyed Sameer Abedi


Zubeda Khatoon was all of 14, studying in Class VII, when her parents got her married to a man twice her age. Her education was abruptly stopped and she entered her new household with no “samajh” whatsoever. Khatoon’s girlish fantasies of living the life of a young bride were shattered in no time. She was barely 16, when she approached the Pydhonie police station, after her husband threatened her with a knife. The following year, she sought a divorce, remarrying soon after—this time with better results.

Resident of Jari Mari on Andheri Kurla Road, Rubina Manzoor, 44, was also married at 14 years of age. By the time she turned 18, she was already a mother of two kids. When we meet her on a weekday morning, Manzoor says she was only able to understand her husband when she was 30. All the years in between were emotionally and physically draining. “The back pain and weakness that crept in during pregnancy as a young girl, still haunts me. Marrying girls at a young age is unfair. They are not ready, physically or mentally.” 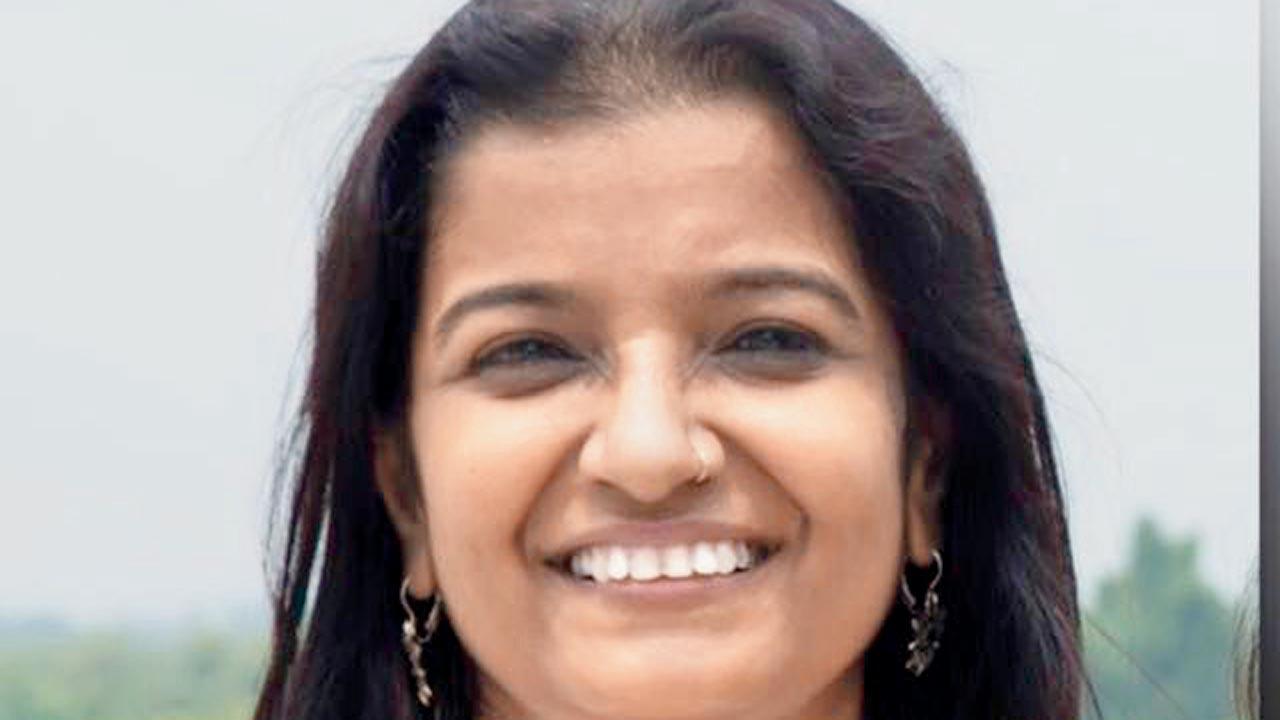 Manzoor and Khatoon are among those hailing the Kerala High Court’s recent ruling. On November 21, while hearing a case of underage marriage of a Muslim couple, the HC had ruled that if either of the parties in a Muslim marriage is a minor, it could lead to prosecution under the Protection of Children from Sexual Abuses (POCSO) Act, 2012. This will be irrespective of the validity of the marriage under religious laws. Earlier in October, the Karnataka HC had also rejected the argument that marriage of a minor Muslim girl will not contravene Prohibition of Child Marriage Act, 2006. It had further said that “POCSO Act is a special Act and it overrides personal law. Under POCSO, the age for involving in sexual activities is 18 years”. This is, however, contradictory to the ruling by the Punjab and Haryana high courts that reiterated this year that a Muslim girl above 15 years of age is free to marry by choice and that the union is not void under Prohibition of Child Marriage Act, 2006. The Supreme Court had issued a notice on October 17 on a petition by the National Commission for the Protection of Child Rights (NCPCR), and agreed to examine the orders of both these courts.

Khatoon, whom we meet at the Bharatiya Muslim Mahila Andolan (BMMA) office in Kherwadi, is joined by several others who claim to have been married as minors. Khatoon bore seven children with her second husband following which she got a hysterectomy done. In 2008, she had to get her uterus removed following medical problems that accumulated due to her young pregnancies. “But I also got myself back to school at the age of 55 years, sitting with young kids,” shares Khatoon, who now works as the Maharashtra convener of BMMA.

Co-founder of BMMA Noorjehan Safia Niaz says that despite Constitutional safeguards and a law against it, “child marriage continues in the larger society and specifically within the Muslim community”.

As per the 2011 census, child marriage is rampant among Muslims at 30.6 per cent. “Even when we have POCSO and Child Marriage Act established as law of the land, there seems to be an understanding that Muslims are exempted from it. Why should any citizen be an exception or be exempted from a law of the country?” she asks.

Haseena Shaikh, 54, was 16 when she was married. “When I arrived at the tiny house, I had to serve 11 people, including two mothers-in-law, my father-in-law, five sisters-in-law, a brother-in-law and his wife and my husband. I didn’t know how to cook, because of which I got taunted a lot by my mother-in-law. Even today, years after her death, if I have a nightmare about her, I get startled.” Shaikh now carries out awareness programmes on the ills of early marriage. “We visited Nallasopara once and parents there said that if they get their daughters educated, they would break their trust and elope with some boy. So, instead of educating them, they think it’s best to marry them off early. Financial conditions also play a part in such marriages, where parents are not able to afford the children and getting rid of the daughter is the best way out,” she says.

In 2015, BMMA published a national study titled, Seeking Justice Within Family, on Muslim women’s views on reforms in the Muslim personal law. Of the total 4,710 respondents, 55 per cent were married before the age of 18 years. The study also found out that more than 75 per cent respondents wanted girls to be above 18 year of age at the time of marriage, while more than 88 per cent wanted boys to be above 21 years of age. In 2018, the organisation conducted another study for Maharashtra alone. Of the 505 respondents, 333 were married on or before 18 years of age. A total of 421 women said that a girl should not be married if not 18 years old and 494 agreed that a boy should enter a marriage only when mature enough to do so.

For the past one year, BMMA has been demanding for a specification within the Prohibition of Child Marriage Act, 2006, which highlights that it is applicable to all citizens of the country. “It should be applicable to all as default, but since it is not so in practice, we have made noise in the media, written to the Law Commission and to the National Women’s and Child’s Rights Commission. The demand is yet to be met,” Niaz says.

While both parties in a Muslim marriage are free to make amendments to a nikahnama and include clauses to the contract, Niaz believes that a 16-year-old girl will not have a say on whom to marry or the amount of mehr (paid to the girl for her financial independence at the time of marriage) that she should receive, or even put conditions in her nikahnama. “All these safeguards in a Muslim marriage make no sense if a girl is married off as a child. We are all too aware of the other impacts of child marriage, which a child/woman has to bear. It has a direct negative impact on her education, health, livelihood options and overall well-being,” she says, adding, “Muslim women have time and again shown immense maturity and are aware that a delayed marriage is a boon for her. Now, it is the state’s turn to listen to her.”

Next Story : From Girgaum waters to Houston skies