Here are some backgrounds based on popular culture elements such as famous TV series, sitcoms and films, and social media memes you can use to give your peers a good laugh 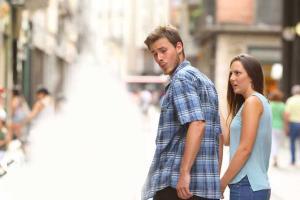 
With the ongoing Coronavirus outbreak and the subsequent lockdown, working professionals forced to reported to work from home. Many schools and universities across the globe have provided facilities to live stream their classes online. With work and lessons being to virtual spaces, people have been communicating with their peers through computer screens.

With plain walls and interiors being the only background for a video conference, a Twitter user tried to add spice to online offices with quirky 'Zoom backgrounds'. The user, by the name Shell, posted a thread of backgrounds based on popular culture elements such as famous TV series, sitcoms and films, and social media memes you can use to give your peers a good laugh.

The post has garnered more than 288,100 likes and was retweeted 46,400 times with some users sharing some of their favourite backgrounds.

Make your friends envy you when they know that you are talking to them from the popular Krusty Crabs outlet!

Or make youself look cooler than friends as they see you work Monica's apartment!

Here are some interesting backgrounds posted by the users:

haven’t seen anyone put this here yet pic.twitter.com/uVtgQ6wrRZ

Would you add such backgrounds to your online interactions?

Next Story : Ayyappan Sreekumar is leading from the front in IT web development