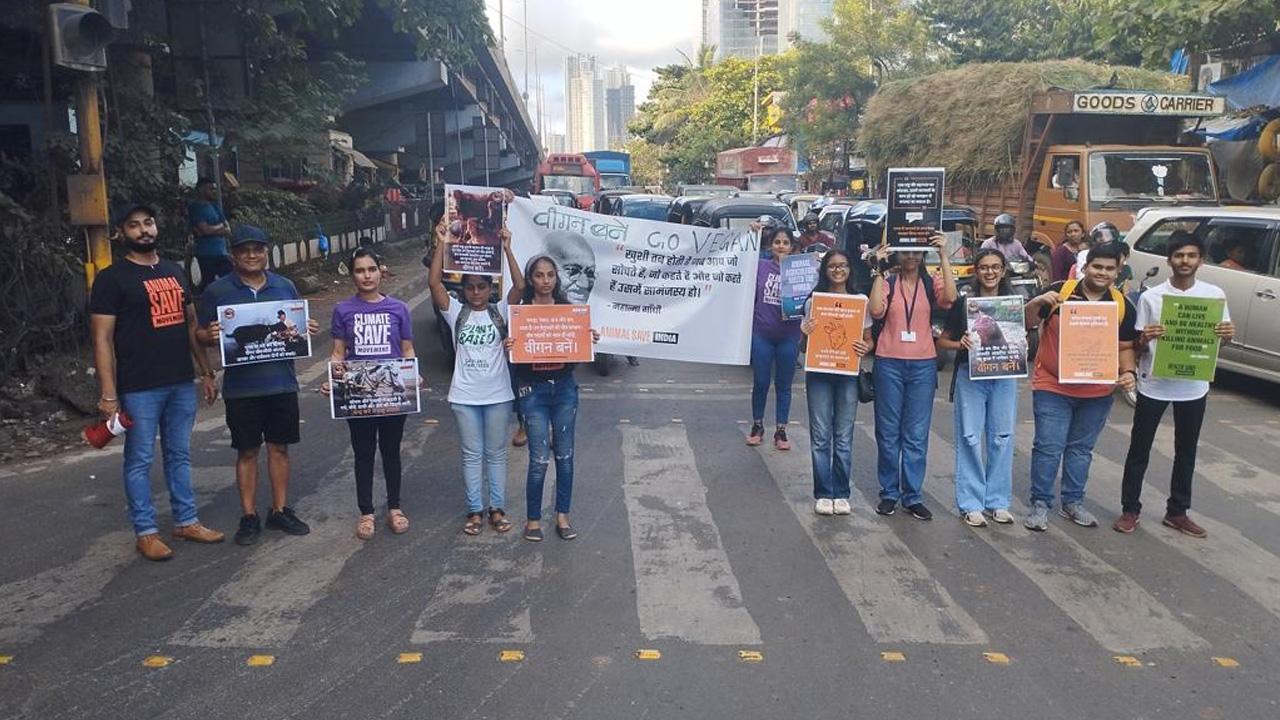 Animal Save India, the Indian organisation that follows the Gandhian way to save animals and climate and improve the health standards of humans as well as non-human animals spreads the word across the country that ‘Ahimsa’ is what is needed for a happy country as well as for happy lives of non-human animals.

The organisation covered many Indian cities including Delhi, Nagpur, Lucknow and Jabalpur and did activism in various forms. Activists and enthusiasts from Mumbai, Delhi and Jabalpur went on the roads and stood at the traffic signals holding placards and banners. Rishikesh and Nagpur started their journeys with Animal Save India by organising their first activism in the form of chalktivism and street outreach respectively.

“The good that Gandhiji did for the nation is well known to all but his side where he was always concerned about non-human animals and showed compassion towards them is less known. What we are doing today is maybe just as simple as what Gandhiji would do too. Take a stand for animals, in a peaceful way to end violence against them”- Aprajita Ashish, Regional Liaison (Asia), Animal Save Movement.

While all this was happening, Ayan Bannerjee had his own way of supporting the cause. This young man from Sonipat walked for 60 KMs and gave vegan cakes and brownies to the people.

In a country like India, where people are so inclined toward a non-vegan lifestyle, Animal Save India leaves no stone unturned to spread goodness. Choosing a vegan, plant-based and cruelty-free lifestyle means choosing Ahimsa for life.

Follow @animalsaveindia on Instagram to know their latest outreaches and endeavours. It’s never too late to start a compassionate and cruelty-free life.

Plant Based Treaty, a hot-running campaign by the organisation especially focuses on the effects of animal agriculture on climate health. The aim of the campaign solely lies to reach the base of the food systems to educate and spread awareness that a plant-based lifestyle can actually reverse climate change and would stop animal cruelty too. You can also endorse the Plant Based Treaty on plantbasedtreaty.org to mitigate climate change.

Next Story : India's Top 10 Greatest Coaches of the year 2022 announced by Fame Finders