Dr. Hemant Barua is once again the winner of India's Best astrologer award, which was presented to him at the Star Achievers Awards ceremony on November 26, 2022, in Delhi. Meenu Sharma, the Tarot Queen, oversaw organizing the event. 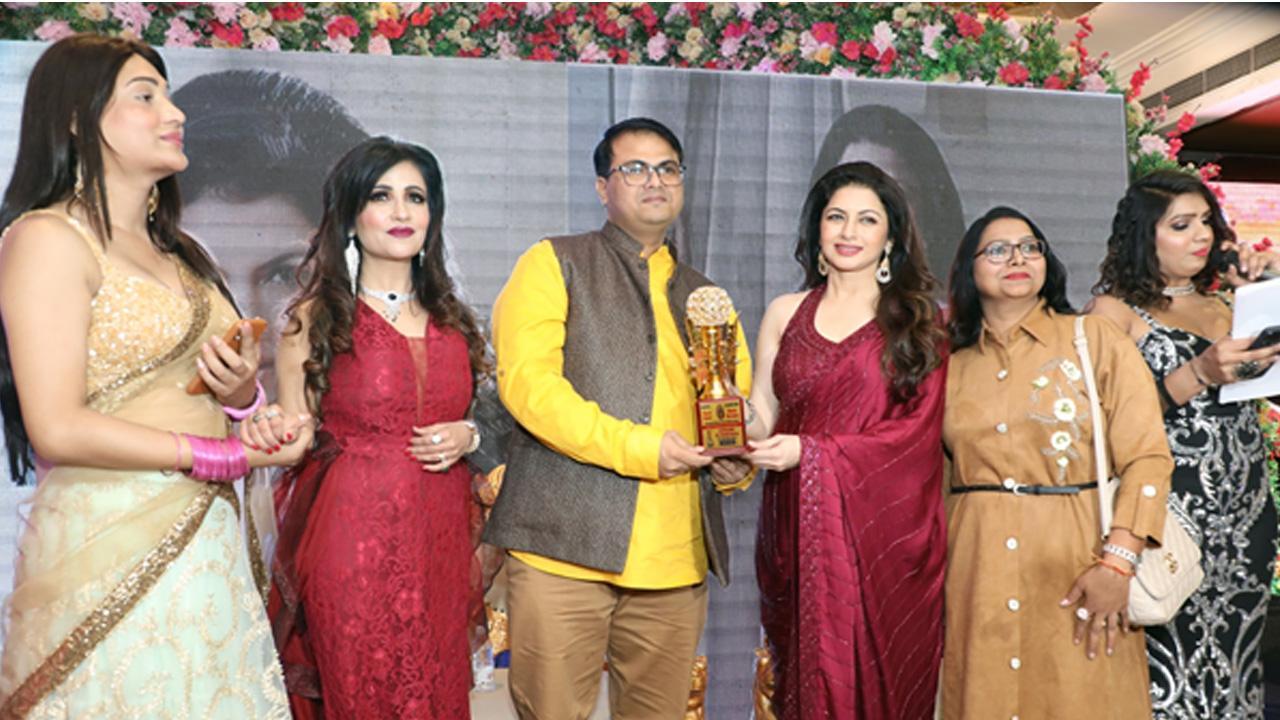 More than 250 highly regarded astrologers from India and abroad attended the event. The forum offered a venue for astronomy specialists to share their knowledge.

This honor has been awarded to Dr. Hemant for his extraordinary astrological knowledge and service to the community. In addition, he has earned many other awards for his astrological study during the last two years. The International Jyotish Ratan award in 2021, was followed by the Global Srestham Award in 2021 and the Global Best Astrologer Award in 2022.

The birth date and time are two of the most significant aspects of astrology. This date, which also includes the place of birth, is considered important by astrology specialists since it provides insight into a person's history and future. His monthly horoscope predictions have proven to be quite accurate and reliable.

In addition to writing articles, Dr. Hemant also conducts workshops and creates videos on a variety of astrological themes. He has profound knowledge of astrology, which includes a total grasp of spiritual concerns. He has created a special scientific method that shows how decisions, emotions, and feelings can affect people's lives.

Astrology is thought to be a celestial science capable of revealing the hidden destiny of each person. However, as humans, we do not trust astrology until we sincerely think that our karma, or efforts, are not producing the desired consequences. Even though a person has meticulously planned his or her life, a sudden fall or stress might knock on our doors, leaving us puzzled as to what has transpired. Astrology is now, without a doubt, a definite solution. and Dr. Hemant Barua is recognised as the subject's authority. He is one of India's top astrologers. He is well-known among Bollywood celebs, businesspeople, politicians, etc. due to his extensive expertise and studies.

The Trimayasha technique of remedy

Dr. Hemant has conducted an extensive study on the Trimayasha technique of remedy. He uses this technique on a person's horoscope to determine the root cause of the problem. Everyone contains a unique Trimayasha code, sometimes referred to as their alignment. Once computed, the Trimayasha treatment enables a person to discover flawless solutions to all the astrological concerns giving him trouble in life. These problems might be linked to horoscopes.

According to India's most prominent astrologer, the Trimayasha portrays the three aspects of life. Trimayasha helps astrologers get to the root of a situation. Due to the uniqueness of DNA and planetary alignment, the computation is often performed separately for each person. Before astrological calculators, according to Dr. Hemant, it took six days to compute the Trimayasha. Therefore, Dr. Hemant, a prominent astrologer, established many methods of computation, and the result is now available in only one day.

Multiple astrological firms have asked Dr. Hemant's aid in transforming these calculations into computer software. On the other hand, Trimayasha is easy to compute. Based on this information, the assembly of the Trimayasha is the most significant component of its maintenance.

Dr. Barua has extensive knowledge of Nakshatra; he has revealed how Nakshatra affects a person's life; his knowledge of nakshatra-related yoga makes him an outstanding and top astrologer in India; and he has published a complete series about Nakshatra on his YouTube channel, planetsnhouses, which is highly regarded by viewers and inspires other astrologers on the subject.

Dr. Hemant uses divisional charts, Ashtakvarga, horoscope calculations, ancient references, and other sources a lot when he meets with clients. In India, he is a skilled astrologer because of his proficiency in birth-time correction.

Dr. Barua is an expert in astrology treatments, and he is very efficient and successful.

Without a doubt, Trimayasha is proving to be very effective and profitable for his customer. At the moment of birth, Trimayasha reveals a person's unique cosmic code.

Trimayasha is recognised as the largest astrological research endeavour in the world. Dr. Barua has given hundreds of lectures on astronomy, and he discussed these topics throughout the seminar.

Dr. Hemant is now working on a soon-to-be-published book. This book will emphasize his study of the Trimayasha, which advanced astrology students may find useful. A proposal to translate this book into local languages is also being discussed, so that students from around the country may have a deeper understanding of Vedic astrology.

Astrologer Dr. Hemant has a thorough grasp of Vedic science. His forecasts are precise, corrective, and very effective. He uses his extensive understanding of astrology to better the lives of others. His online address is www.planetsnhouses.com.

Next Story : Story of the film Kora Kagaz gave a social message, the audience liked the film