The feeling of patriotism is imbibed in kids ever since they learn to say their first words. 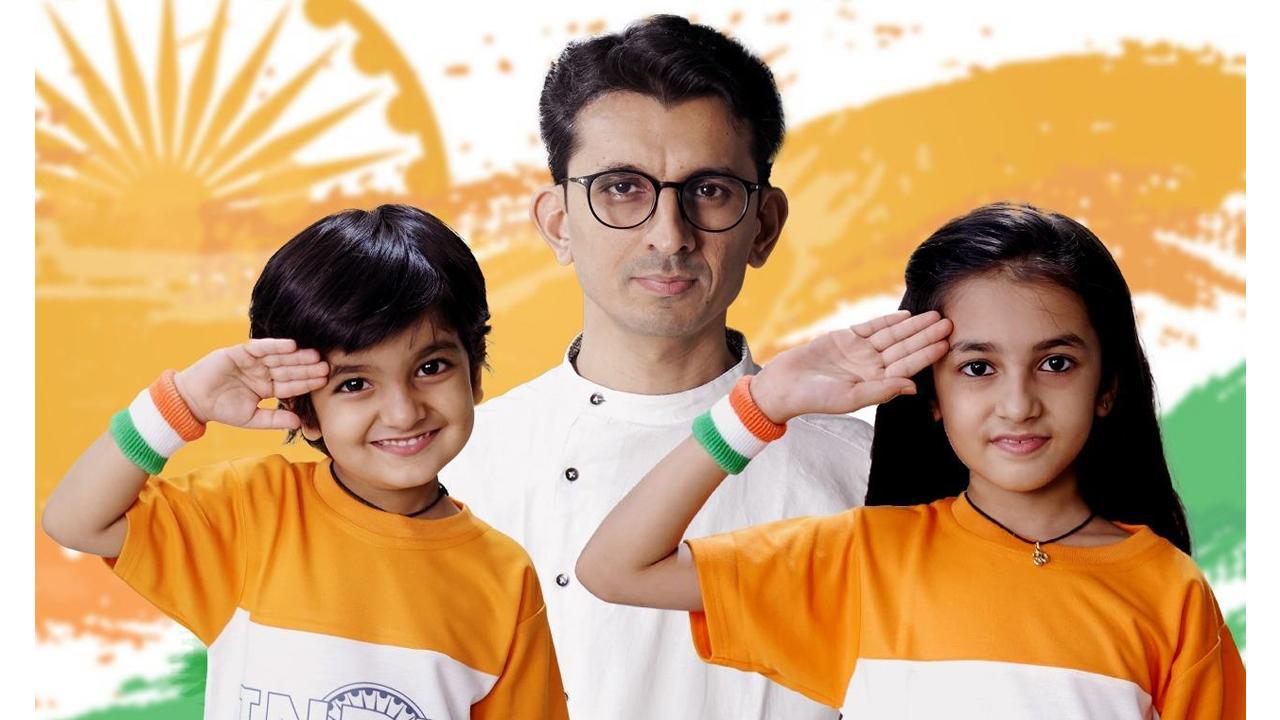 
From making them understand about the waves of Independence and how our soldiers sacrificed their lives for our country, it is essential being a parent that one should imbibe the feeling of nationalism in their kids. One such proud father, Dr. Krupesh Thacker a celebrated songwriter, Indian playback singer and film director has produced various patriotic songs with his kids, Parv Thacker and Vacha Thacker as the main lead singers & actors. On the occasions of Republic Day & Independence Day, both the kids have sung numerous songs as a medium of showing their feelings.

The incredible sibling duo started singing from a very small age with the support of their father who himself is a well known lyricist, composer & singer in the film industry. On the advent of this significant occasion, Vacha Thacker & Parv Thacker have again brought to light three songs they released, showcasing solidarity towards the armed forces. The songs are “Hai Naman”, “Ai Watan, Vande Mataram” and “Yeh Tirangaa Rahe” which personify the feeling of gratitude that every citizen of the nation beholds within reminiscing the sacrifice of our war heroes. The songs are written and composed by Dr. Krupesh. He also joined as a co-singer and directed the music videos. Earlier this father - children trio also known as “Parv Fusion Band”, released Jana Gana Mana National Anthem music videos which gained more than 50 million views till date. Their notation version of Jana Gana Mana is getting huge appreciation Worldwide.

Under Krup Music Record Label the albums were released. Krup Productions & Krup Films have done tremendous work with the music videos featuring the wonderful locations of Kutch. Both of these young musical prodigies have verified YouTube artist channels and valid artist accounts on majority of music streaming sites around the world. This brother-sister duo includes 4 years old Parv Thacker, who is the youngest singer in World and his 10 years old elder sister Vacha Thacker. They have received many awards for their musical work at such young age. Both the children have been learning the music at Krup Academy Of Film & Music under the mentorship of singer-songwriter, Dr. Krupesh Thacker, who himself is a music veteran with an exceptionally euphonious voice.

Talking about his kids' contribution, Dr. Krupesh said, “I began to instill a sense of patriotism in Parv and Vacha's hearts at a very young age by involving them in social activities at Give Vacha Foundation NGO. I have always been a person who believes that our country comes first above anything and everything and being a father and a coach I have always tried my best to embed solidarity towards our nation in them. Keeping this same ideology in my mind while writing & composing these song I intended to seed this belief system in both my children.”

He further added, “In India still kids are not getting enough exposure and opportunities in the field of music. Krup Music record label has been pioneer in this niche to promote young indie artists and give the best platform to the deserving talent through their singing shows Sur Gujarat Ke & Sur Hindustan Ke. Parv & Vacha managed by Esy ID are representing the show as ambassadors. I am glad that I noticed their skills at a very young age, especially of Parv as he began acting at the age of nine months and became a co-signer for Vacha at the age of two. By providing them with adequate knowledge about music and including them in a number of my greatest original songs and compositions, we were able to prepare them both for the music industry. Eventually with many hit music videos to his credit, Parv Thacker went on to become the World’s youngest actor as well.”

The trio has more than 20 original songs released and is now preparing for the World tour of their Parv fusion band. If both the kids follow the same path, there is no doubt that they will emerge as the best singers in the B-Town in near future. And, having sung such a song that evokes the feeling of nationalism will also motivate other parents to teach them about the same.

Next Story : A Personal Mentor, Anytime You Want. That’s What This Book Delivers