India’s pioneering and most coveted awards for OTT, web series and digital content – Talentrack Awards – are back! The 6th edition of the Annual Talentrack Awards is all set to take place in the month of September in Mumbai. 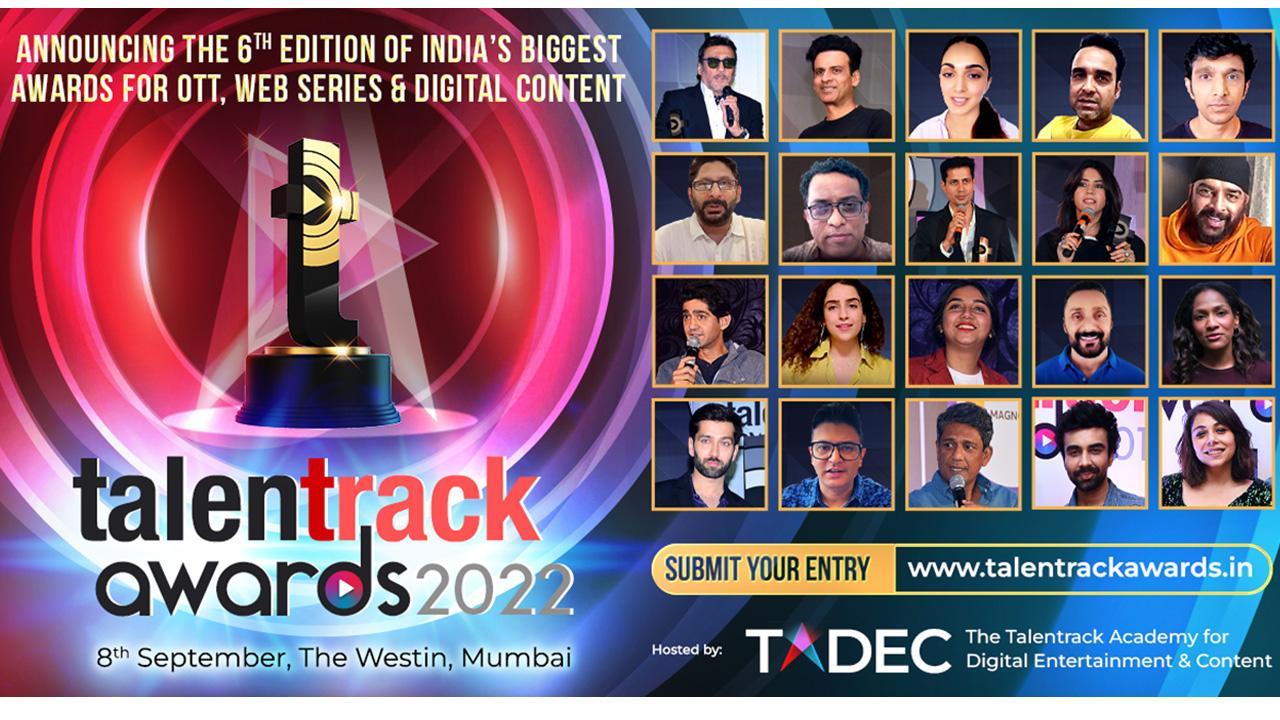 
Established in 2017, the Talentrack Awards recognize and felicitate companies and individuals who have delivered outstanding films, web series, and performances in the digital-content ecosystem. Over the years, the prestigious Talentrack Awards have received nominations and participation from leading OTT platforms, top production houses, filmmakers, digital-content producers, advertising agencies, and some of the biggest stars of Bollywood.

Talentrack Awards 2022 will be hosted by the Talentrack Academy for Digital Entertainment & Content (TADEC) – a pioneering initiative committed to catalyzing and empowering the digital entertainment & content community. TADEC brings together an ecosystem of illustrious personalities and institutions from across the Indian entertainment sector. The Academy is devoted to harnessing its collective intellect and influence to support artists, creators, filmmakers, entrepreneurs, and start-ups in the digital-content space. New initiatives around training and investment are being rolled-out, with a vision to build TADEC into the definitive hub for creative excellence in the digital-content universe.

The evaluations of the nominations will be undertaken by a Grand Jury comprising industry leaders and critics of creative work. Leading OTT players including Netflix, Amazon Prime Video, Disney+ Hotstar, SonyLIV, ALTBalaji, MXPlayer, Zee5, Eros and Voot, will be competing for the prestigious Talentrack trophy.

“We are excited to share that the 6th edition of the Talentrack Awards will be hosted by the Talentrack Academy for Digital Entertainment & Content (TADEC) and will be attended by the biggest celebrities and stakeholders of the digital-content ecosystem. The nights of the awards ceremony have always been a captivating, starry affair and we are all set to make it bigger this year." - Vineet Bajpai, Founder, Talentrack

Next Story : Attrangi Designs – A brand for all your attrangi jewellery needs