Since his first video in 2016, Rohit Gupta has taken social media by storm and come a long way indeed 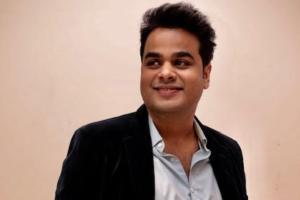 Actor /Creator Rohit Gupta has pioneered the pranks with a virtual reaction & has introduced the recording on the pranks he has pulled so far ,the most famous being with Nora Fatehi, Sunny Singh and RJ Malishka

Since his first video in 2016, Rohit Gupta has taken social media by storm and come a long way indeed. His USP? Well, he can mimic every Bollywood celeb by using his ability to prank unsuspected strangers & celebs also.

Infact for Rohit language is not the barrier. The prankster that he is, has fooled people in Hindi & English languages & Arabic, South Indian, Sindhi & Punjabi accent. Now that’s a lot of talent he is a Lana he for acting too with so much of versatility .

His videos of pulling pranks on Nora Fatehi, Rajiv Lakshman by mimicking in the voice of Sanjay Dutt, Shahrukh Khan Ranbir Kapoor, Nawazuddin Siddiqui & many more celebs has made him a modern-day version of a traditional celebrity who enjoys a much larger & loyal fan base than a quintessential Bollywood celeb.

He has promoted many Bollywood super hit through his prank videos. To name a few- Batla House (T-series), Ujada Chaman (Panorama Studios), Jago Mohan Pyare (Rajshree Marathi), Student of the Year 2 (Dharma Production). He has done a prank video with RJ Malishka to promote the movie Sanju

"Who doesn't want to see their favorite stars falling prey to a hilarious prank specially when it involves fooling them in the voice of their best friends or their idols" says Rohit.

His video concept has won the throne of YouTube royalty. However, success still feels like a dream to him "Is it for real? Am I really that loved & watched by people? wonders Rohit Gupta

Rohit has gathered an audience of a whopping 700K on Facebook & 195K subscribers on Youtube. The staggering number of followers on his social media and the engagement that is 4X more than what a Bollywood or a television celebrity has- is what makes him one of the biggest names on Indian social media.

He started his career with short Facebook videos where he used to make pranks. His unique comedy isn’t just a delight to watch, but also most favourite choice of many people "I started making people laugh. I started attracting a lot of people. I think I gave time to the digital era when nobody else was trying so that worked for me"

The best thing about Gupta is that he understands millennials well and makes everything relatable. Though he is already a popular digital face, his ultimate goal is to act in films. Did you know, Rohit has studied acting with Bollywood superstar Ranveer Singh? This proves that he has had a keen interest in acting since his young days.

While Rohit poses all the elements to slip into any character with a lot of ease, he awaits good projects which will help bring out the actor in him and be the next big things in the industry “You must believe & have faith in your struggles & journey. It is not the success that shapes you as a person & teaches you about life; it is the struggle that helps you shape your future. Never back down is a mantra I stand by, at this crucial time of Pandemic ,where this is fear and varied emotions ,I m being inundated with calls for some laughter. I m glad I can contribute a bit in my own way for some respite & wish this time to get over as soon as possible and all should be safe” ,as he concludes .

Awaiting the best next from “The brilliant creator that he is , Rohit Gupta” ...and an awesome actor too.

Next Story : On the auspicious occasion of Ram Navami, Lord Ram to visit your home!