Rajkumar Prasad: There's something magical in finding the right person

Rajkumar's career began with him being an assistant director to Anand Mahandru. Post that he joined UTV in 2003 and Siddhant Cine Vision where he worked for a brief period 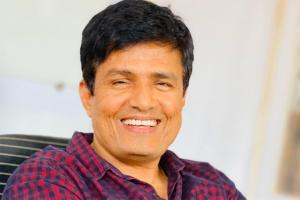 His fascination, as well as his passion to be associated with the entertainment industry, was rooted right from his childhood.


According to the leading casting director Rajkumar Prasad casting is so much more than going through countless submissions, reels, and auditions in the quest of filling a role, getting to know an actors' schedules and representatives and establishing a rapport with the director. “Nevertheless, the good part is, the actors remember us, narrating their days of hardships of wandering about their next job, scrapping for food or being hard-up on rent and then being blessed by a casting director's wand” he adds.

Rajkumar's career began with him being an assistant director to Anand Mahandru. Post that he joined UTV in 2003 and Siddhant Cine Vision where he worked for a brief period. Later he was appointed as the Casting Director as well as the Post Production-in-Charge for SAB TV. He prefers working with television more than films because of the longer-term engagement factor that comes with the latter. After spending 10 years as a casting director at SAB TV where he led the casting for over 25 shows for the channel, Rajkumar went on to establish his casting agency named, 'Rajkumar Creations' and has been running it for the past 5 years.

His fascination, as well as his passion to be associated with the entertainment industry, was rooted right from his childhood. He could watch approximately 300 films a year via the cinema and video halls, being least perturbed by the failure lurking in his class ten exams which he cleared the next year. As typical Indian parents would have it, his parents were also against his decision of making a career in this industry. Little did they know that he had already discovered his calling back in 1987 after watching Aulaad starring Sridevi, that he belonged to the cinema and till date has not fallen out of love for it.