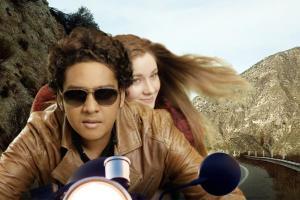 
Please tell us a bit about your character in the film 'No Means No'.

The story is about my character named Raj who goes thousands of miles away from India to Poland for a ski championship, but destiny deals him with a hand that changes his life forever. My character's arc is about an innocent bond and love that flourishes between him and a demure Polish mountain girl,Kasia who's haunted by the demons of her past. It's a very delicate and deep roller-coaster of emotions for them both and how they deal with the experiences that they have together. 'No Means No' seeks to promote the cultural and historical bonds that India and Poland share, and the then Indian ambassador of Poland, His Excellency Mr. Ajay Bisaria (now India's High Commissioner to Canada) rightly said about this film: it underlines the cultural connections and friendship between the two countries.

Right from India, the Hon. Consul General of Poland in Mumbai, Mr. Damian Irzyk who recently tweeted about the No Means No Cast visiting the Polish Consulate in Mumbai, always encouraged our team. The Hon'ble Mr. Jaroslaw Klimaszewski President of Bielsko Biala, Poland and Member of Parliament Mrs. Malgotzata Pepek from Zywiec also showed their full support in making this film.

Since the film is shot in Poland, what was your experience with the shoot schedules in the extreme climate?
Filming in Poland was surreal! The locations and the scenic beauty were like a world beyond ours. Shooting in the extremes of temperatures was definitely a challenge for everyone, but we all managed to wrap it up wonderfully. There were days when we were shooting in -33 or -24 degrees – feel the cutting bite of the cold. The cameras were specially treated to avoid condensation inside the lens. But, the director Mr. Vikash Verma's vision was to shoot in the real snow. And so, the shooting schedule itself spanned two winters to grab the authentic feel of the real winter. Overall, it was a magnificent experience.

How was your experience with the Polish actors in the film?
One of the main Motifs of the film is Women Empowerment and I had the great pleasure of acting with four very independent and strong co-actresses, Anna Guzik, Natalia Bak and Sylwia Czech from Poland, and Kat Kirstein from India. They braved the climate with ease. Natalia and Sylwia performed daring ski actions as well. They also acted as coaches many times for Kat and myself. Other members of the Polish cast such as Pawel Czech, Jerzy Andrej Handzlik, Piotr Bulka and Jacek Piotr Binda have also done some great work in the film. 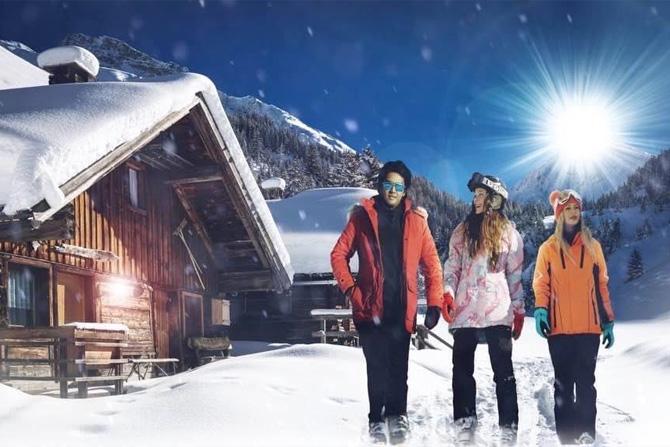 Please tell us about your background before venturing into films.
At my birth, my father's close friend and guru, Hollywood megastar Mr. Steven Seagal flew down all the way from LA to bless me. He christened me with the name Dhruv, after the Dhruv star, saying that one day I would be as famous as the warrior king Ashoka. So knowingly or unknowingly, I was already destined on this path, and at a very young age, I began acting. I was part of numerous plays and elocution competitions When I was at school in the Cathedral and John Connon School where I was made House Captain and received many awards. Thereafter, at HR College of Commerce and Economics, I was very actively involved in the cultural council and participated in numerous plays, short films, and even street plays.

I was nervous at first to audition for the part of Raj, but my dad encouraged me, and so began my journey. My goal is to reach the peak and I know that its path is paved with hardships, but I am fortunate enough to have received guidance from the legends and veterans of the industry such as Preity Zinta ma'am, Sanjay Datt sir, who give me valuable tips on Hollywood style action, and of course Gulshan Grover sir who provided his expert guidance whenever we needed it. The blessings and guidance from all my loved ones and my audience will be what keeps me going, even when times are hard. I seek all of your blessings as I start my journey, and I hope I am able to do justice to each and every one of you

Next Story : Shilpa on her fitness mantra: Laughter truly is the best medicine