Director Chakir Hussain has come up with his latest song titled Saanjh, a love song which expresses the story of a broken heart. 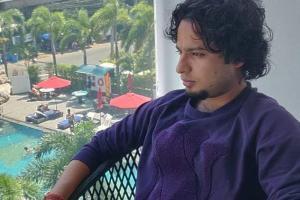 
Love has its own way which only songs can express. Over the years, many iconic and memorable songs have been released. When it is about love and heartbreak, the music and its lyrics do all the talking. Director Chakir Hussain has come up with his latest song titled 'Saanjh', a love song which expresses the story of a broken heart. The love song stars Manmohini fame Garima Singh Rathore who has performed exceptionally well. Shot in Pattaya, Thailand, the song beautifully captures the emotions of the actress and one can genuinely feel how it feels to be heartbroken.

The song is sung by Torsha Sarkar and composed by Aakash Mandloi. While Ravi Rajput has penned down the lyrics of the song, Shayadshah Shahebdin takes the credit of a music producer. 'Saanjh' was released on YouTube on March 2, 2020, and it has got a thumbs up from many people. Available on all the major music platforms including Gaana, Jio Saavn, iTunes, Apple Music, Spotify, Amazon Prime Music among others, the intense love song has been produced by Griebs Music Pvt Ltd.

Speaking extensively about how the song was made, Chakir said, "I was in Thailand shooting for another song. I heard the song and asked Garima Singh Rathore if she would want to be a part of it. She heard the song and she loved it. My vision was clear to show how vulnerable it feels to be heartbroken. I kept it clear and I must say that Garima was very expressive in the entire song. I remember it was midnight in Thailand, and the actress confirmed to be a part of the song. On very short notice, Garima came to Thailand and we shot the song in 2 days. It was indeed a surreal experience." 'Saanjh' is already out on the YouTube channel of Griebs Music.

This story has been sourced from a third party syndicated feed, agencies. Mid-day accepts no responsibility or liability for its dependability, trustworthiness, reliability and data of the text. Mid-daymanagement/mid-day.com reserves the sole right to alter, delete or remove(without notice) the content in its absolute discretion for any reason whatsoever

Next Story : Saqib Saleem: Ranveer Singh is very much alive in every scene