From Bharat to Kyrgyzstan; makers plan a worldwide release 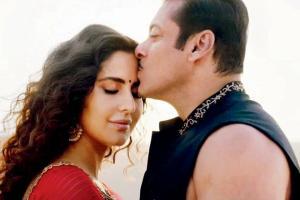 
Considering Bharat is one of the biggest films to come out of Salman Khan's stable, the makers are pulling out all stops to ensure that the film enjoys a wide release. mid-day has it that the producers are keen to tap into unexplored international markets with the Ali Abbas Zafar-directed drama.

Says a trade source, "Cinestaan AA Distributors and C International Sales have picked up the international rights of Bharat. They have taken the movie to the Cannes Film Festival with the idea of selling the distribution rights in different countries.

While a release in the traditional markets such as the US, UK and Abu Dhabi is on the cards, C International Sales is also in talks with distributors in untapped markets such as Africa, Kyrgyzstan, Austria, Hungary and Sudan. If all goes well, Bharat will be one of the first Bollywood films to have a simultaneous release in these countries."

Co-producer Nikhil Namit says, "It was Atul Agnihotri [producer] and my vision to release Bharat in territories where Bollywood has never gone before. We are planning to go to the non-traditional markets."