Riding on the immense popularity that Siddhant Chaturvedi has got after Gully Boy, the makers are planning a full spin-off that traces his journey to becoming MC Sher 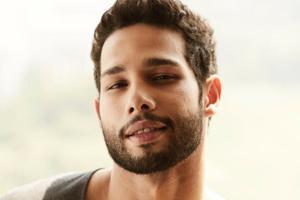 
One of the most newsmaking aspects of Zoya Akhtar's Gully Boy is undoubtedly the discovery of Siddhant Chaturvedi as the veteran underground rapper MC Sher who turns mentor to Ranveer Singh's Murad. Creating waves and winning hearts all over, Siddhant's MC Sher is now set to get a spin-off of his character owing to his massive popularity.

Touted as a shining star, Siddhant Chaturvedi amassed appreciation from the critics, the audience as well as the film fraternity for his impactful portrayal of MC Sher.

Running parallel to the story of Murad, MC Sher proved to be the guiding force to Murad, however, not much about MC Sher was unfolded in Gully Boy. To dwell into the character more and provide a perspective from MC Sher's point of view, the makers are planning a spin-off tracing the unknown journey of his character.

Siddhant Chaturvedi has turned into an overnight sensation post the release of Gully Boy. Earning almost as many praises as Ranveer Singh, if not more, Siddhant has made his mark with the powerful performance leaving the audience asking for more.