Jimmy Shergill says when a bright student, who is potentially a responsible citizen, becomes the victim of the system, and ends up a revengeful gangster, it is society's loss 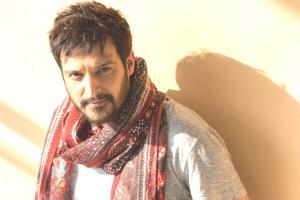 
Actor Jimmy Shergill, who is playing a pivotal role of a gangster in the web series, "Rangbaaz Phirse", says when a bright student, who is potentially a responsible citizen, becomes the victim of the system, and ends up a revengeful gangster, it is society's loss.

In the show, he portrays Anandpal Singh, a powerful gangster from Rajasthan.

"Anandpal was a school topper, a gold medalist, a sharp young mind who wanted to be a police officer and cleared the exam to get a government job! He was potentially an honest, responsible and bright youngster. When such a mind, due to corruption of the existing system, becomes a gangster, two things happen -- the person becomes a dangerous gangster, and the country loses an important brick that could have built a progressive society."

"As the tagline of our show says, no one is a born criminal. Many become victims of the system. Having said that, I would mention that crime cannot be justified, should never be supported under any circumstance," added the actor who is excited and confident about his digital debut.

He also mentioned that the makers of the show and the actors involved in the first season were his friends, and he watched all the episodes of "Rangbaaz", just to appreciate the work of his friends.

"(Writer) Siddharth (Mishra), (director) Bhav Dhulia, Ravi Kishan, and Tigmanshu Dhulia are my friends, so I watched season one of the show. Of course, I had no idea that one day I would be a part of the show. When they came to me with a narration, I was very confident that this is going to be one hell of a show," said the actor.

The new season of "Rangbaaz Phirse" started streaming on the OTT platforms ZEE5 and Alt Balaji on December 20. It features Sharad Kelkar, Sushant Singh, Gul Panag, and Harsh Chhaya among others.