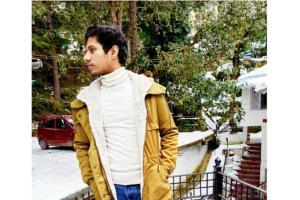 Kuldpee Singh has worked hard to bring out this song


Kuldeep Singh a Delhi based young man is better known as a cricketer turned singer. He was born and brought up in the National Capital. His school and early college life went on playing cricket with different clubs and teams. He got the chance to play both the under 16 and under 19 tournaments with different clubs playing at the Chilla sports complex and at the Major Dhyan Chand National Stadium for Delhi. His game went smooth and he brought laurels for his team as well.

But when he was in his late teenage, he realised he had his other passion to pursue - music and singing. He got enrolled in a music school called Pryaag Sangeet Samiti doing his specialization in classical music. Currently, Kuldeep Singh is seen pursuing his advanced classical music degree from the same institute. His courses in classical music has helped him bag the opportunity to sing, which has made him embark upon with his debut song Tu He Hai.

The singer has worked hard to bring out this song, which is all set to release online soon. He seems to have leveraged the lockdown time the best giving away nothing but the best to the music lover and audience. Thankfully, the singer seems to have found a big brand, which is going to help him to launch his debut song. Well, lets see how things would move, but at the moment he has kept the fingers crossed in hope to see an overwhelming response to his debut track. It would be interesting to see how things would move, but at the moment these appear rosy. Time to wait and watch for his debut song. Soon one can expect the cricketer turned singer promoting it.