Shekhar Suman takes the backseat in his 'Justice for Sushant' campaign

The veteran actor, however, will continue to support the movement as well as the demand for a CBI inquiry. 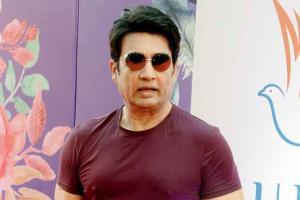 
Shekhar Suman, who launched the Justice for Sushant Singh Rajput forum, has decided to take a backseat in the campaign. Though he has the support of SSR's fans, he wonders why the late actor's family is still keeping quiet and not coming forward, which is making him "uncomfortable."

The veteran actor, however, will continue to support the movement as well as the demand for a CBI inquiry into the actor's death. He hopes industry folk and political leaders join the effort.

Shekhar Suman had announced the formation of his forum with a tweet where he wrote: "Im forming a Forum called #justiceforSushantforum where i implore just about ev one to pressurize the govt to launch a CBI inquiry into Sushant's death,raise their voices against this kind of tyranny n gangism and tear down the mafias. I solicit your support."

In an interview with mid-day, Shekhar Suman spoke about the late actor's father KK Singh; he said, "I can relate to his grief, I have also lost a child [elder son Ayush]. If his family is upset with me, they are being misguided, or there has been a misunderstanding. Most people shed tears on Twitter and move on after a tragedy. I don't want to."