Fact Check: Every white-haired guy is not Sudhir Mishra

After social media mistakes man being manhandled by cops for director Sudhir Mishra, mid-day tracks down the real Versova resident who narrates his incident of police brutality. 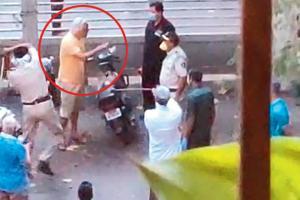 A screenshot of the video that shows cops manhandling Manmohan Gill


In an evidently despicable instance of police resorting to violent measures to enforce lockdown, a video of a man being manhandled by the cops outside a suburban supermarket went viral on social media over the weekend. When netizens mistakenly assumed that the man in question was Sudhir Mishra, the filmmaker denied the claim with a sharp reply: "Every tall white-haired guy is not me."

After a bit of digging, mid-day discovered that the man at the centre of the incident is Versova resident Manmohan Gill. "Yaar, utna damm nahi tha unke dande mein [the blows weren't that hard]," he chuckled when we reached out to him. Revealing that he had joined the queue outside Versova D-Mart, he shared, "When I realised I had joined the queue midway, I headed towards the end of the line. There were two male and two female cops. I happened to touch their bike, and they looked at me strangely. So, I took off my mask and asked them where I could find one of the products that was on my [groceries] list. That was the trigger, and they came at me, shouting, 'Hum 12 din se duty kar rahe hai yahan'. It's not easy being out there, but I had done nothing to deserve it." 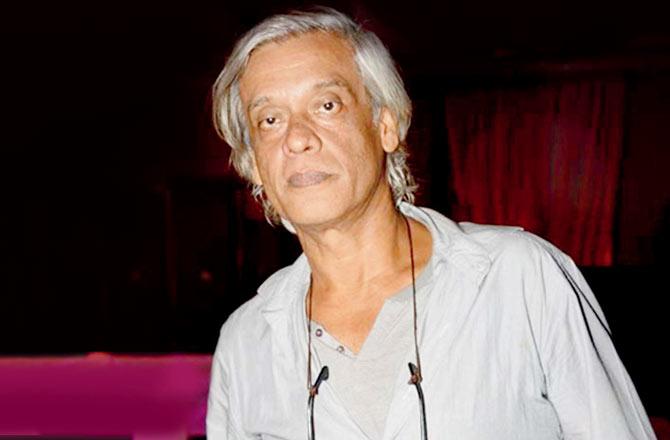 Despite the violent episode, he has empathy for the men in khaki who are doing their duty. "I received calls from my cop friends assuring me that due action will be taken. But I don't want that because there is way too much pressure on them. Everyone needs to be kinder."

Meanwhile, Mishra was irked by the apathy displayed by netizens. "This attitude of hatred makes people stupid. The trolls are so devoid of empathy that a man is getting needlessly beaten up and they are deriving pleasure from it."

When mid-day contacted the officers at Versova police station, they refused to comment claiming that they had not watched the video yet.