Two Indian artistes on being recognised by the Recording Academy 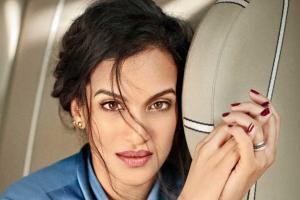 Nomination: Love Letters has been nominated in the Best World Music Album category

Anoushka Shankar has become accustomed to finding her name among the list of Grammy-nominated artistes. While her work was consistently recognised from 2013 to 2017, she says earning a nod for Love Letters is different. "Those who follow my music appreciated the fact that they got a glimpse into my life because its song-writing is special. It is raw and vulnerable. I'm going to draw your attention to a song called Bright eyes, which was created with [Alev Lenz]. This album was made over a [significant] period of time, and in bits and pieces. Often, there were gaps between recording sessions. If I had written a song a while ago [while encountering] a sense of pain, and no longer felt that way six months later, I'd encourage her to alter it and showcase the protagonist as one who has healed," says Shankar, adding that she has a tendency to disguise emotions reflected in her songs while packaging them before the release. "But, [Lenz discouraged] the idea. She said the song came from a broken place, and must be retained as it is. She said any other emotion would be best explored in another number. Retaining the entity was good production-advice." But revisiting the grief when she no longer experienced it required role play. "Parallels can always be drawn between music creation and acting. You have to draw from what may not be your current experience."

In the Best Global Music Album category, she contends against Nigerian singer Burna Boy, the Afroband Antibalas, Brazilian-American artiste Bebel Gilberto and Tuareg band Tinariwen. While she is delighted to bag a spot among such celebrated artistes, she considers the category a tricky one to navigate. "This is the only category in which I am nominated, even though my music cuts across genres. It is a tricky one, because, how [can one compare] the best Brazilian artiste's song with a flamenco record of another musician, or even with a track from India? There's no way [one can] pit these albums against each other. So, we're basically competing against everything that's [not] American music. I don't know what the solution to this is."

Life seems to have presented Neha Mahajan with a unique set of opportunities. Asked for an introduction, the daughter of renowned sitar player Vidur Mahajan prefers to call herself an actor. Apart from roles in Marathi cinema, her resume boasts of projects like Midnight's Children, Simmba, Leila, and the Chris Hemsworth-starrer-Extraction. But the "student of music", who "hasn't launched myself as a professional sitar player", has achieved what most musicians can only aspire for — a Grammy nod for an album featuring her music.

"I had shared a video on Instagram that saw me play the sitar, and got a call from someone who asked me if I would like to collaborate with Ricky Martin. I thought a prank was being played, and responded by asking, who are you? My manager later confirmed that this was indeed true," says the actor-musician over a video-call from Canada.

One of the few things that appealed to her was how specific Martin's team was when discussing their requirements. "The composers were certain about what they wanted, and [had invested time in] forming the structure of the song. I was asked of [sitar sections] at different spaces in the song, and in various scales as well. I would record the sections, and they would choose [the one they liked]. The process involved two intense meetings, and a lot of time spent with the sitar."

Backed by a friend who is acquainted with the knowledge of recording remotely, Mahajan created scratch sections for the makers. Delightfully optimistic, she was determined to make the project work despite all the challenges posed amid the pandemic. "The makers needed a performing artiste [to enhance] the video. Given that I am an actor, I realised that it is owing to my work that this opportunity found me. I jumped right in." She alludes that further collaborations with the team are possible. "I also have a few Hindi projects in the pipeline that I will act in."

All that's special at the Grammys this year

Beyoncé leads the pack with nine nods, making her the most-nominated female in Grammy-history. The singer's Black parade has been recognised. She has also been acknowledged for her film, Black is King, and her collaboration with Megan Thee Stallion on the Savage remix. Bey has earned 79 nominations and 24 wins in her career.

An array of LGBTQ individuals — mostly women — are in contention for several titles. Among the nominees are artistes including rapper Chika, DJ and record producer Kaytranada, and indie star Phoebe Bridgers.