Unfolding the struggle and perks of Bollywood with Ayaan Khan 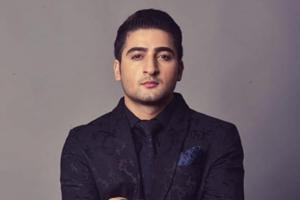 
Bollywood has its own story to narrate the most significant part comes from its representatives like there is a really long list to go on with the popular and most iconic artists this industry has given. Talking from back 90s to this era the industry has grown up with leading celebrities of Bollywood and has created its own space in the industry. The art that it creates and the artists that present such is just commendable. Simultaneously it's also true that to be a part of this industry one needs to do a lot of struggle with full dedication and enthusiasm. Because as much as this industry demands personality and impression similarly, it demands brilliant and paragon talent. We have several real-life examples of some renowned Bollywood celebs that actually faced a lot of struggle in their initial stages and then come up with their debut in the industry. Because it seems all the time that Bollywood gives one a chance to manifest his/her talent but similarly it also gives them the chance to beat the heat of dedication.

Some popular artists in this industry like Shahrukh Khan, Amitabh Bachchan, Deepika Padukone, Nawazuddin Siddiqui, Ranveer Singh, and innumerable several other artists struggled a lot in the initial phase but finally, they are the golden face of the industry with real talent and paragon aura. You might have seen that presently many novices artists are also coming up those who belong to the Bollywood background and they are actually admired and liked a lot by many. But talking about this new generation of Bollywood which is having a lot to serve some faces also flourishing on the core of their unbeatable talent and unceasing proficiency.

Among those fresh faces, one more talented face is growing with enormous success, or maybe we can call him the next khan of the industry! Yeah, you read it right. We are talking about the leading talent and versatile personality Ayaan Khan. On a healthy conversation with him, we came to know a lot about the Bollywood industry his struggle, and experience in the same. As he belongs to Jammu and Kashmir so we first asked him about his initial struggle of stepping in the industry.

He says that " It was obviously not at all effortless for him to dream and become a part of such a versatile and dynamic industry. But on the same hand glancing the condition of my state it was as formidable as one can think of. Where normal education is not at all allowed to some. How could you even think of becoming an actor? So I had to face a lot in stints of society. Because they have a lot of gossips to make and never wanted their region people to grow and go out of this state to look at the opportunities of the world. The only wanted their peeps to stay there and fight for rights and justice. Which is somewhat I feel personally is monopolizing".

Then we asked him about his ticket to Bollywood and initial barriers to the same. He said that "to be a part of Bollywood you have to act, think, wear and breathe like Bollywood. Because it's not only an industry once you get into it you'll actually realize that it is a whole world in itself. Where each and every small element of it is deemed to be the best piece of art. Though I was prepared well as I knew to act in such you have to grasp a great knowledge about each of its perspectives so I did the same. But eventually, I came to learn a lot from this industry. There are already legendary actors ruling the industry so if you have a dream to work with such talent then you have to work your heart out.".

Finally when we asked him about the way he sees Bollywood and it's opportunities so read here what he has to say! "Talking about the opportunities in Bollywood industry then it's infinite, it provides you a platform simply to explore yourself and your abilities, no matter how hard life is if you see it from a Bollywood perspective then you'll realize that precisely in real life things have good conclusions. Being one of the most dynamic and vigilant industry it changes every hour. From it's a style to its language you won't be able to predict the next day in Bollywood because every day is a new opportunity. And the one who knows well how to adapt them exceptionally is the one who is successful in this industry".

Well, it was really great talking to him and letting know about his perspective on the same. We only wish best for his future in the Bollywood industry.