Vidya Balan: We are all victims and perpetrators of patriarchy

As Natkhats win at Best of India Short Film Festival makes it eligible for Oscars 2021, Vidya on how the film challenges age-old patriarchy 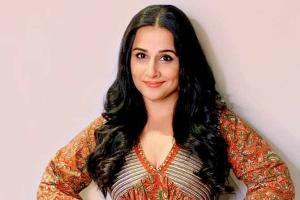 
Off the radar of cellular networks, Vidya Balan was shooting for Sherni in the jungles of Balaghat when she heard that her short film Natkhat won the top honour at the third edition of the Best of India Short Film Festival (BISFF) 2020. The win makes it eligible for a nomination at the Academy Awards next year. The actor starts off with her full-throated laugh, "I was gloating at merely getting shortlisted, but the next thing I knew, we'd won. I first read the film because Annukampa Harsh [writer] is my junior from St Xavier's College. The story was so powerful that I had to meet the director [and co-writer] Shaan Vyas."

Playing a mother who instills the values of gender equality in her son from a tender age, Balan says the 33-minute film powerfully drives home the message of removing misogyny from its roots. "People are connecting to this troubled mother who wants to teach her child by example. People should understand we are all children of the same God, falling into the trappings of society of class, religion and caste divide. A film can only make people contemplate, it can't change them. Our idea was to make everyone realise that we are all as much victims of patriarchy as we are perpetrators, including women." 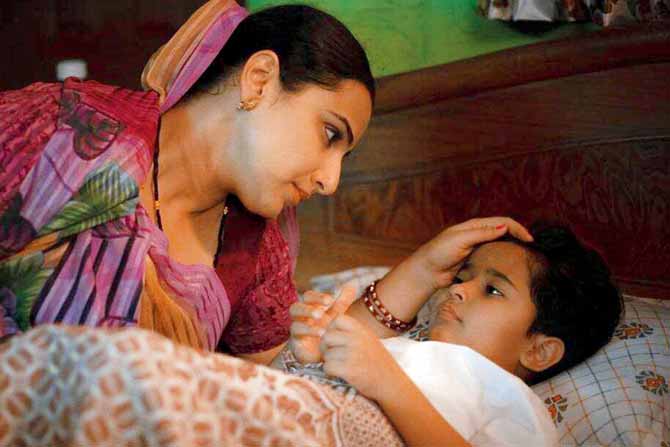 Given how attached she is to the story, why did she not contemplate making a full-length feature film? "It was complete in itself. I am not sure people want to be uncomfortable for two hours. As an actor, I was deeply angered and disturbed through the process. The dinner table scene was the hardest for me. The ghunghat over my face was making me physically uncomfortable. The scene entailed a child saying, '[Ladki ko] uthwa lete hain.' It was a horrific realisation that rape culture is so normalised."

After Period: End of Sentence won at the 2019 Oscars, it was evident that authentic stories from diverse cultures have a shot at winning big. Ask her how they plan to go about lobbying, and she says, "I will know the details once I am back in Mumbai. Ronnie [Screwvala, co-producer] has a great team in place. I am hoping for the best."

Next Story : 'Lessons to be learnt from all actors'