'Gully Boy spoke to the nation, only one person is targeting the film'

Actor Vijay Varma opens up on the debate that has been happening over the insider vs outsider, Gully Boy being under the scrutiny for bagging multiple awards, and how he feels only one person is targeting the film. 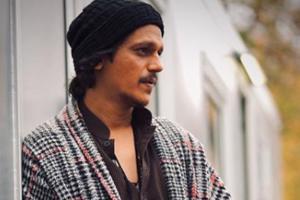 
As days continue to pass by, the debate between the insider and outsider is only amplifying on social media as more and more actors and filmmakers have come out and spoken about how the Hindi film industry functions. The latest actor to shed his opinions on the debate is Gully Boy actor Vijay Varma.

In an interview with Hindustan Times, when asked about his take on the aforementioned debate, he said he would not be able to take sides. Why? This is what he reasoned, "I can't choose a side because it is no longer voices. It's noise right now. A noise which is very difficult to comprehend and understand. I would really like a little more compassion and dignity in the conversation, therefore, I can understand what is happening."

He added, "Right now it is just so binary in nature that I don't want to be a part of it at all. I feel like life is going to be tough, it is inevitable. Every classical writer, mythologist, playwright has said life is going to be tough. So to use this as an excuse for any hidden agenda is not fair and the mud thrown at each other is not appreciated."

Earlier this year, Gully Boy swept the majority of the awards at almost all the ceremonies and ultimately came under the radar of some social media users, which questioned its victory and the snub that the other Hindi films faced. Talking about this, Varma stated, "I was not present for any of these awards so I was missing out. I was in other countries, shooting for various films. And these awards were happening in Guwahati (Filmfare Awards). I was not able to make it to any of these awards."

He continued, "I felt like I was nominated for all these awards but never won anything. But people say it was all bought. But I don't know. If it was all bought, why would they not buy for me…in the supporting role? Was I not the loved one in the group? That's not true because they went on to do several projects with me." He also revealed how only one person was targeting the film and how this rap-drama by Zoya Akhtar was immensely loved for its theme and tunes.

He said, "It is basically one person targeting the film. It spoke to the nation. It was widely appreciated. It broke through the cultural archetype and became part of the pop culture of the country. I stand by my film and the love it received. I don't doubt it at all."

Varma was also seen in Baaghi 3, which starred Tiger Shroff and Shraddha Kapoor. He's now collaborating with Ira Khan and Gulshan Devaiah for a project. He also has Yaara coming up that will stream on Zee5 on July 30!

Also Read: Here's What Vijay Varma Has To Say On Yaara's Comparison With Gully Boy

Next Story : 'I've been dropped out of many movies at the last minute so that hurts'