The couple, which announced its divorce earlier this year, reunited for Azad’s birthday and a fan club of Aamir Khan shared a video and lots of pictures from the occasion 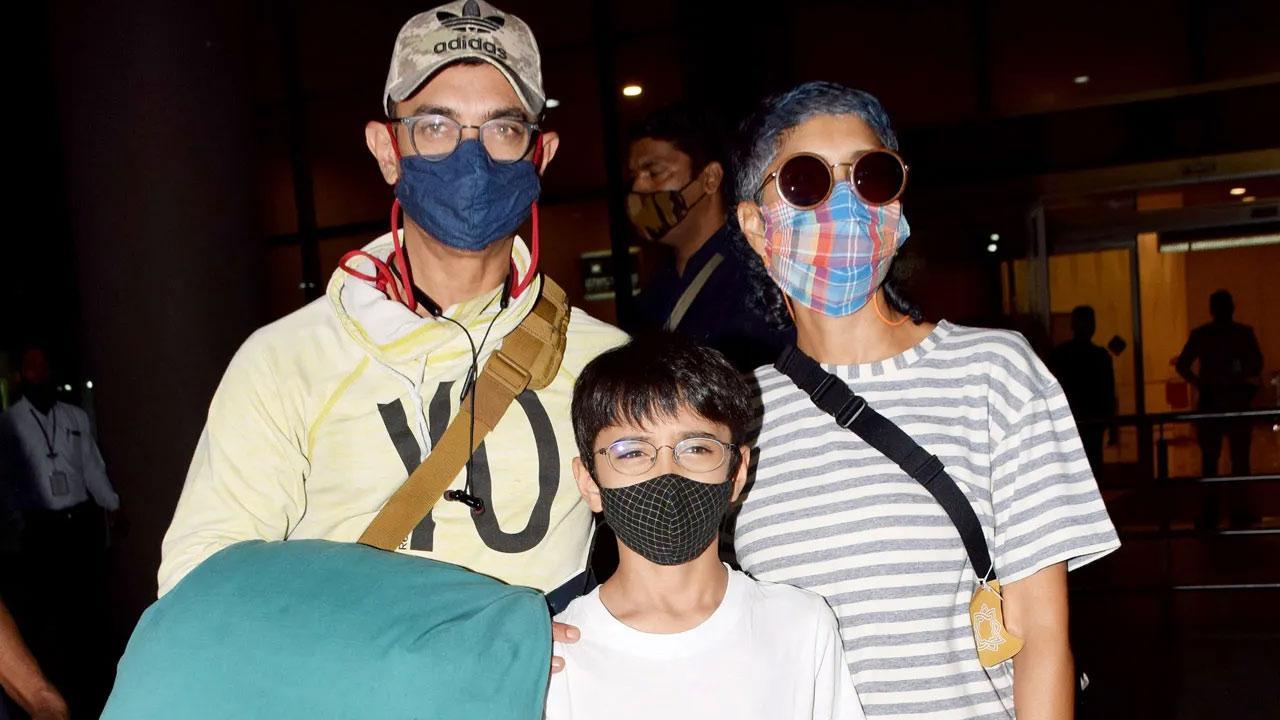 
Aamir Khan and Kiran Rao announced their divorce earlier this year and shared a video with fans on social media. The couple then reunited for a very special occasion. It was their son Azad Rao Khan’s 10th birthday. A fan club of the Dangal actor shared a video and lots of pictures on Instagram. In the pictures, we could also see Aamir’s elder son Junaid, who’s the son of Reena Dutta.

Aamir Khan and Kiran Rao shared a video message for fans that said the two are now in a happy space and still consider each other a part of the same family. "You all must be shocked by the news. We just want to tell you that we are very happy and we are a part of one family."

The 'Ghajini' star also opened up on the status of Paani Foundation. For the unversed, Paani Foundation, which is active in drought prevention and watershed management, was founded by Aamir and Kiran a few years ago.

Paani Foundation is like our son, Azad, for us. We will always be family. Please pray for our happiness. This is all we wanted to say," he added.

The two can be seen holding each other's hands in the clip, which is doing the rounds on the internet. The clip is an excerpt from the former couple's recent interview with one of the media professionals.

Aamir and Kiran got married on December 28, 2005. They welcomed their first son, Azad, through surrogacy in 2011. Aamir was earlier married to Reena Dutta but got separated in 2002. He has a daughter Ira and son Junaid from his first marriage with Reena.

Also Read: It is official! Aamir Khan and Kiran Rao announce their divorce