The excitement around the Shah Rukh Khan-starrer is at its peak and the advance booking reports of the film is proof. Not just fans but members from the film industry are also thrilled for the film directed by Sidharth Anand 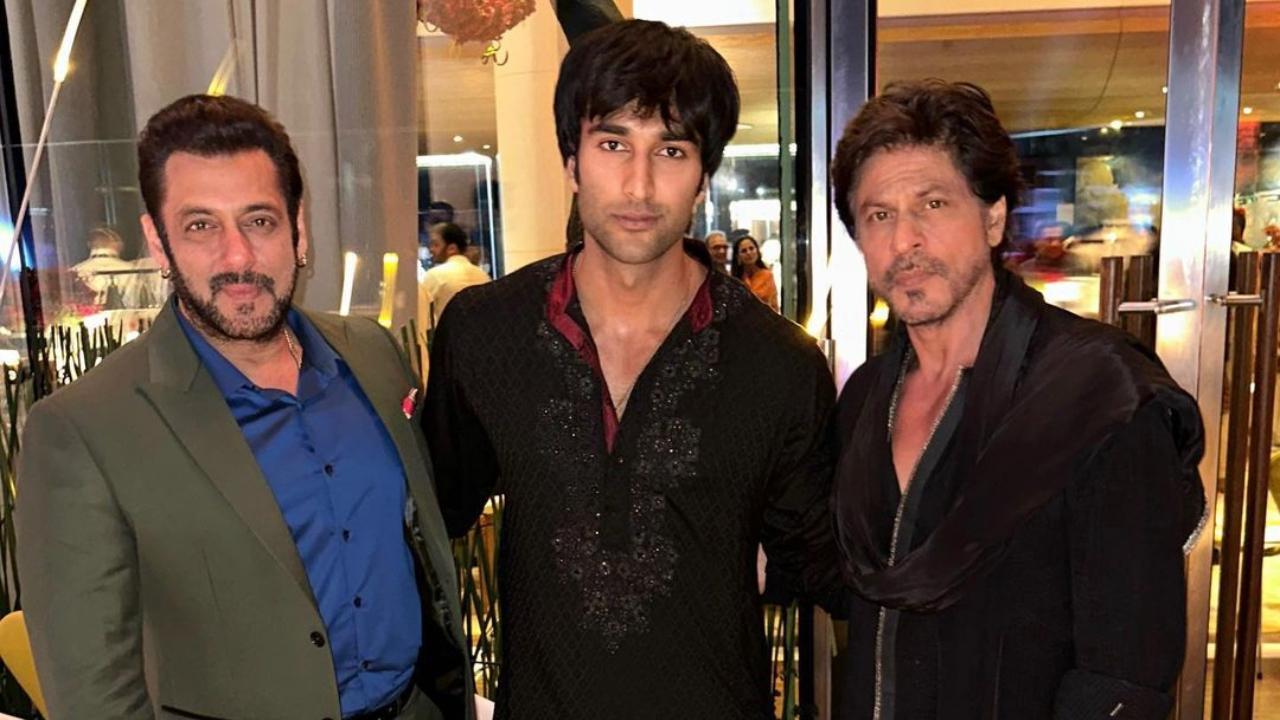 
We are hours away from the release of the much anticipated film 'Pathaan' which is expected to break several box office records. The excitement around the Shah Rukh Khan-starrer is at its peak and the advance booking reports of the film is proof. Not just fans but members from the film industry are also thrilled for the film directed by Sidharth Anand. Ahead of the release day, Meezaan Jafri took to his Instagram handle to share a picture of himself posing with Shah Rukh Khan and Salman Khan.

On Tuesday morning, Meezaan took to his Instagram feed to share a picture of him flanked by two of the biggest superstars of the country. Sharing the picture, Meezaan wrote, "Pathaan in theatres tomorrow".

Salman Khan, too, will be seen in the film alongside Shah Rukh Khan in a special appearance. The superstar will be reprising his much loved role of Tiger from Ek Tha Tiger and Tiger Zinda Hai. Both SRK and Salman will be seen in an action packed avatar. The promotional clips of the film have not revealed any details about the special appearance but the actor had shot for his portions last year. Meanwhile, SRK will be returning the favour by appearing as Pathaan in Tiger 3 which will be released later this year.

Pathaan marks the return of Shah Rukh Khan to the big screen after four years. While the film got embroiled in controversies with respect to their song Besharam Rang, the film has seen a massive advance booking with over 4 lakh tickets sold before release.  The opening collection of the film is expected to break several records.

Pathaan also stars Deepika Padukone, John Abraham, Dimple Kapadia, Ashutosh Rana and will be released in theatres on January 25. The film is backed by Yash Raj Films and is part of the their Spy universe that also includes Tiger franchise and Hrithik Roshan, Tiger Shroff's War.

Will you be watching Kuttey in theatres?

Next Story : Shilpa Shetty jets off to Hyderabad for the last schedule of 'Indian Police Force'