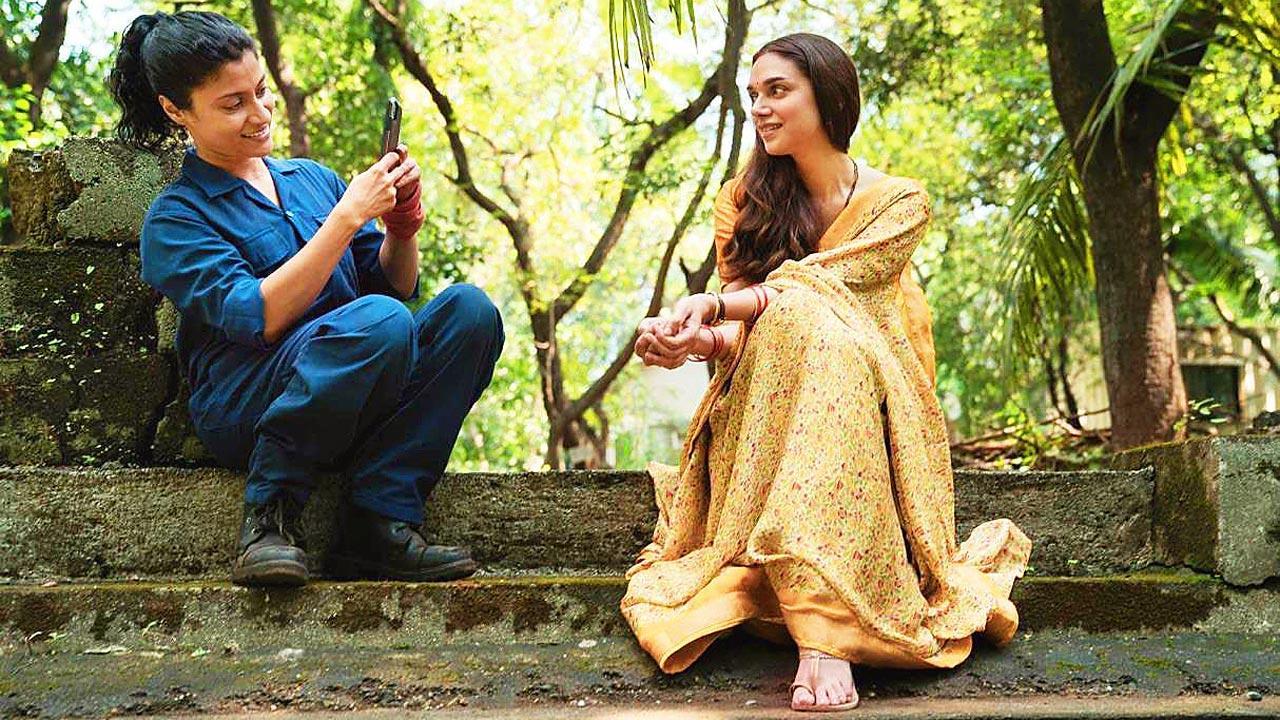 Konkona Sensharma and Aditi Rao Hydari in the short film


Rarely has a steel tea-cup been used to such great effect. Or for that matter, a glass cabin, as Konkona Sensharma stands outside, looking in at the world she’ll probably never be a part of. With her character at the centre, director Neeraj Ghaywan has woven a delectable tale of queer love, gender, and caste conflict, showing how one influences the other — sometimes subtly, and at other times, brazenly — in Ajeeb Daastaans.

Ghaywan’s first feature film, Masaan (2015), too explored the rampant caste divide in our society. Asked if the country has come a long way since then, he says, “I feel things are the same since Masaan. My idea was not to address a particular subaltern, but to look at everything in the context of intersectionality. In Geeli Pucchi [his short film], you also see patriarchy, gender, caste and class.”

Geeli Pucchi revolves around Sensharma’s Bharti Mandal, a Dalit factory woman who vies for the position of a data manager, which is conveniently given to Aditi Rao Hydari’s Brahmin character, despite her lacking the skill set. “Sometimes, there is preferential treatment [meted out] if you belong to a certain section of the society. Konkona’s character is smarter and more experienced, but she is denied the opportunity. We see this bias in our workplaces, and it is essential to speak about it.” Interestingly, the idea of a woman factory worker had been with Ghaywan since the past six years. “I had seen a Malayalam woman factory worker when I was developing Masaan. I thought of this story then, but felt it was too radical for the universe of that film. So, I let it brew in my head for several years, and [finally] wrote the story about two women from completely different backgrounds.”

Most would believe that the universes of Karan Johar and Ghaywan’s films have little in common. But having closely worked with the producer on the Netflix anthology, Ghaywan begs to differ. “Contrary to popular opinion, Karan has a fine [creative] sensibility. There were certain things that he suggested in the script, and I thought, ‘What an opinion! He has a good take on the film.’”

Next Story : Sajid Khan: Everything I do is for Wajid