Singh, who was 91 when he breathed his last, passed away at 11:30 pm on Friday in Chandigarh. He had tested positive for COVID-19 in May this year. 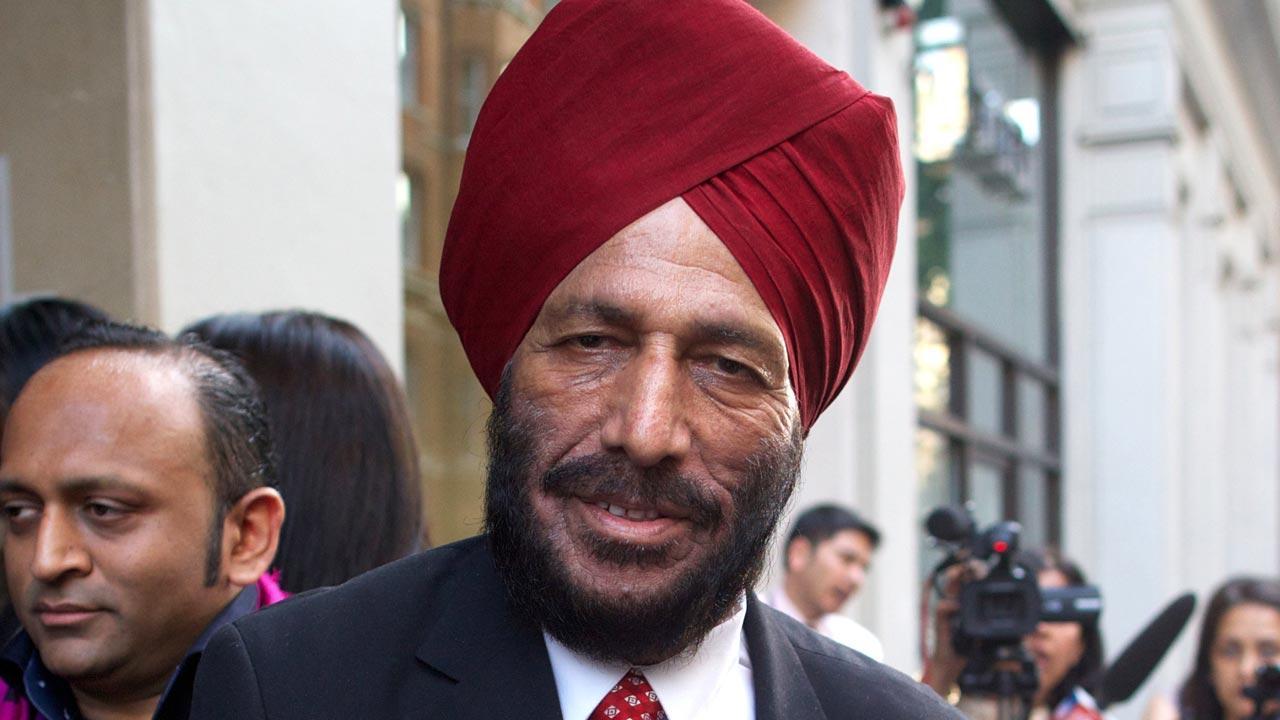 
Social media is flooded with condolence messages since the news of the demise of track legend Milkha Singh broke. Veteran Bollywood celebrities also expressed grief on the passing away of the legend. Singh, who was 91 when he breathed his last, passed away at 11:30 pm on Friday in Chandigarh. He had tested positive for Covid-19 in May this year. Calling him 'the pride of India', Megastar Amitabh Bachchan tweeted, "In grief .. Milkha Singh passes away .. the pride of India .. a great athlete .. a greater human .. Waheguru di Mehr .. prayers."

Veteran star Anupam Kher also penned a heartfelt tribute for the former Indian sprinter on his Twitter handle that read, "You think you are Milkha Singh?" When a person becomes a phrase, it becomes a symbol of his greatness. I had the privilege of meeting Milkha Singh ji a couple of times. Very few people get such generosity. He is a symbol of inspiration for every age. were and will be. om Shanti!"

Anil Kapoor recalled meeting the icon at his home and shared priceless pictures from their meeting on Twitter. The candid pictures feature Anil, Priyanka Chopra, Ranveer Singh, Farhan Akhtar posing happily with Singh and his wife. "Milkha Singh ji welcomed us into his home and his lovely wife fed us the most unforgettable aloo parathas I've ever had... He truly was an incredible sportsman, phenomenal host and above all an amazing human being... will be truly & deeply missed...", he penned alongside the pictures.

Milkha Singh ji welcomed us into his home and his lovely wife fed us the most unforgettable aloo parathas I've ever had... He truly was an incredible sportsman, phenomenal host and above all an amazing human being... will be truly & deeply missed...ðð» pic.twitter.com/v30wbHq9L1

Earlier today, the bereaved family informed about the death of the former Indian sprinter, also known as the Flying Sikh, in a statement. "It is with extreme sadness that we would like to inform you that Milkha Singh Ji passed away. He fought hard but God has his ways and it was perhaps true love and companionship that both our mother Nirmal Ji and now Dad have passed away in a matter of 5 days," the family said.

The former Indian sprinter had tested positive for Covid-19 last month and was in isolation at his home in Chandigarh before he was admitted to the ICU of Post Graduate Institute of Medical Education and Research (PGIMER) hospital in Chandigarh.

The legendary athlete is a four-time Asian Games gold-medallist and 1958 Commonwealth Games champion. He is still the only Indian athlete to win Gold in the Asian and Commonwealth Championship. He was awarded the Padma Shri, India's fourth-highest civilian honour, in recognition of his sporting achievements.

He is survived by one son and three daughters. His son Jeev Milkha Singh is also a renowned golfer. Singh's wife and former Captain of the Indian Women National Volleyball team, Nirmal Milkha Singh succumbed to Covid-19 at the age of 85 on June 13.

Next Story : Urvashi Rautela: When I am at my best, I am my father's daughter