"With life slowly unlocking around us, we wanted to unlock this happiness to you,” wrote the newlyweds. 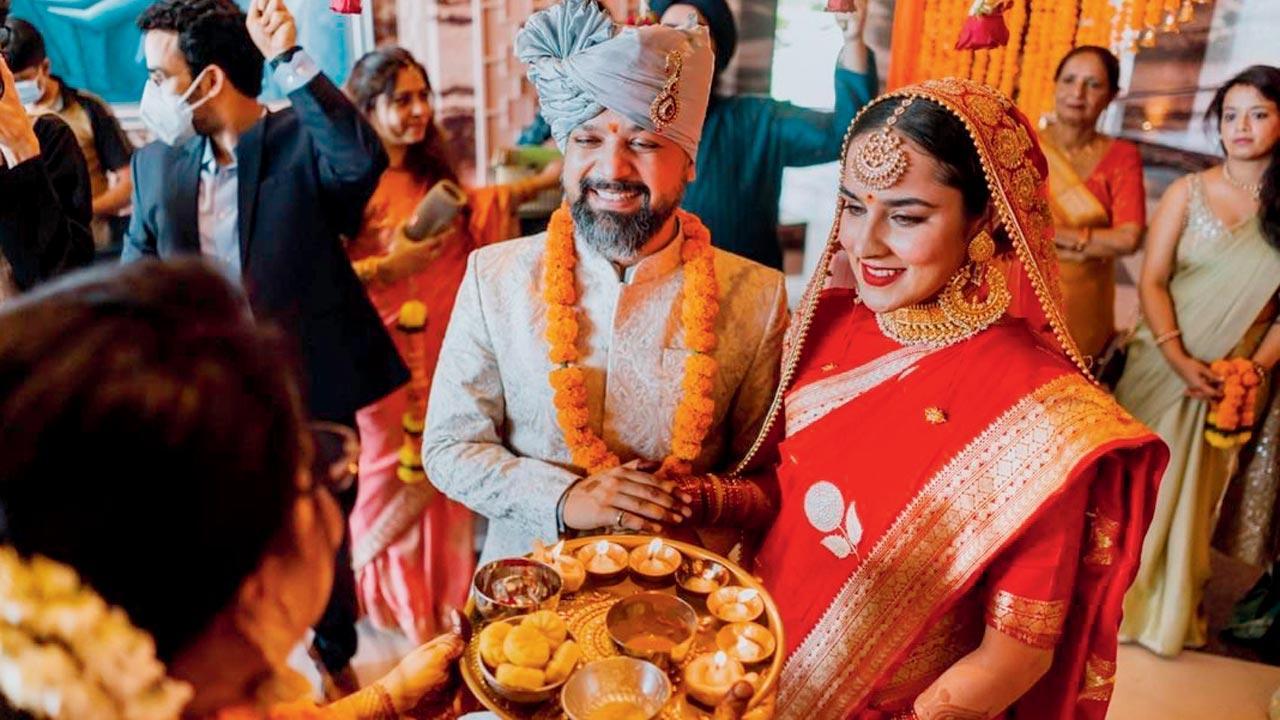 
Director Anand Tiwari and actor Angira Dhar sprung a surprise by announcing that they have tied the knot. The two, who worked together in the Netflix film, Love Per Square Foot (2018), got hitched on April 30. Almost two months later, the couple shared pictures from the ceremony on their respective Instagram handles. “On 30.4.21 we sealed our friendship into marriage with our family, close friends and God as our witness.

"With life slowly unlocking around us, we wanted to unlock this happiness to you,” wrote the newlyweds. Dhar, who featured in Commando 3 (2019), will next be seen in Ajay Devgn’s directorial venture, Mayday, while Tiwari, who helmed Bandish Bandits (2020), has directed one of the stories of Netflix’s upcoming anthology, Feels Like Ishq. Have a look at the actor's post right here:

Tiwari directed the series Bandish Bandits recently. As he developed the musical romance with long-time collaborator Amritpal Bindra, Tiwari wanted to maintain a purist approach to the subject. Enter Shankar-Ehsaan- Loy, who not only composed the show’s score but also gave insights into the world of Indian music. “We had spoken to music experts when we wrote the bible. But when we went to Shankar, Ehsaan and Loy, they helped us add nuance to the script. Many scenes were rewritten after our music sessions with them. In episode four, Radhe [Bhowmik’s character] is being trained by Panditji [Naseeruddin Shah] and by Tamanna [Chaudhry] in dramatically different ways. That scene was changed once Shankar-Ehsaan-Loy decided the beats that Panditji and Tamanna would teach him. Music supervisor Akshat Parikh too guided us with details."

Next Story : Soni Razdan and Taha Shah Badussha have something special coming up soon