When asked about his take on the millennial dating concept that is shown in the movie, Anmol said, "Honestly, I believe love, romance and relationships today are quite tricky. There are a lot of grey areas." 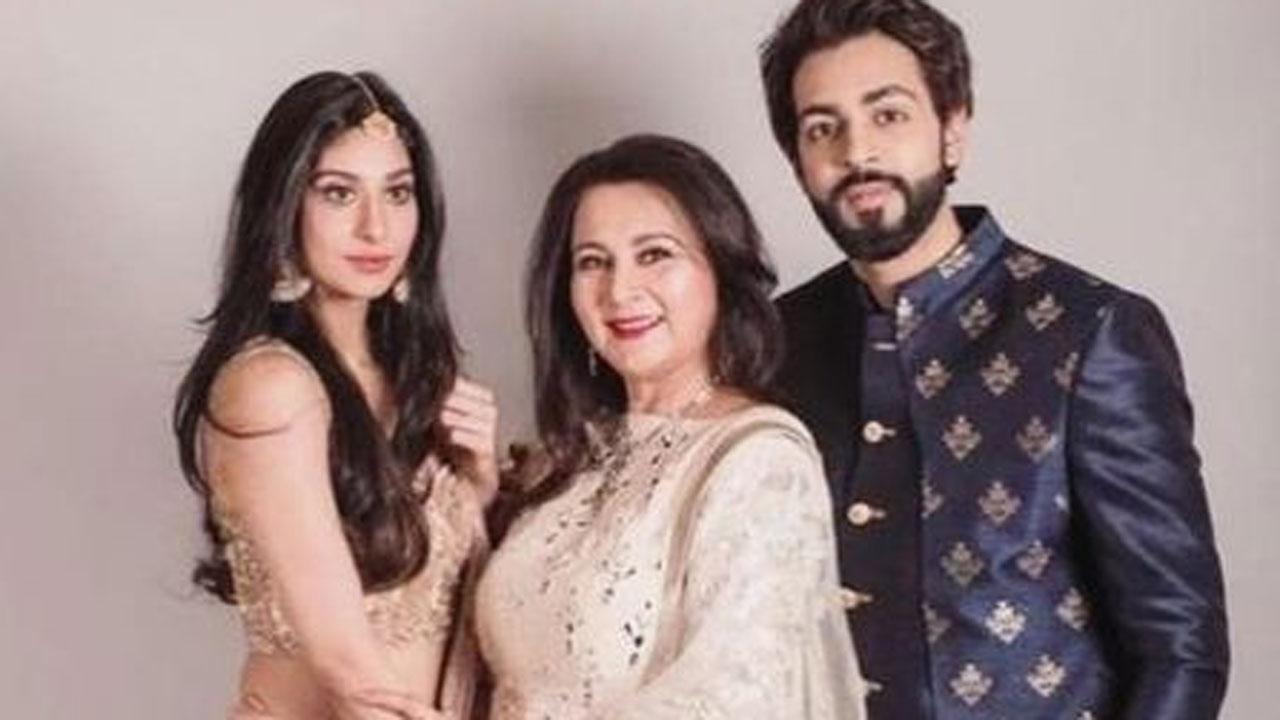 
Talking about walking on the path of his mom and veteran actress Poonam Dhillon, Anmol shared, "My mother is the only person in the world whom I love and respect the most. Her efforts and struggles to make her identity in Bollywood has always inspired me. What she has done for my sister and me is nothing less than what a "Wonder Woman" can do. She is an outsider from Chandigarh and made it big all on her own. She is an inspiration for me, and I look up to her with immense respect."

Recalling his fondest memory from the film's shoot, Anmol shared, "Tuesdays & Fridays is my debut project and is very special to me. For me, it was the most satisfying and a dream come true moment to be personally selected by "The Sanjay Leela Bhansali". Once I met him, things started falling in place eventually and then I met the director Taranveer Singh, I was super excited about the project. When I first heard about the story from Taran, I knew I had to do this. It took me no time to say yes. I was eager to play the goofy lover boy as I enjoy watching Bollywood rom-com stories. Taran and I got along from the get go. The best part is that we think alike. Fortunately, we both were on the same page during the entire process. This made everything easier and created a fun working environment. Shooting for this film was totally a learning experience for me. I had a good team which made our life easy. I am grateful to have gotten a chance to collaborate with such a brilliant team for my Bollywood debut."

He further added, "It is a surreal feeling for any actor to be launched by Mr. Sanjay Leela Bhansali. When I had met Mr. Bhansali for the very first time, he was meeting and auditioning a lot of young boys and girls at the time. The best thing about him is that he is very kind and welcoming. He said he liked my vibe, energy and the way I carried myself. I then sent him a couple of acting tapes and dance videos and that was it. A couple of months later, I was informed that Sanjay sir would like to sign me and launch me. I was over the moon."

When asked about his take on the millennial dating concept  that is shown in the movie, Anmol said, "Honestly, I believe love, romance and relationships today are quite tricky. There are a lot of grey areas. In this chaotic and fast-paced world, people are running around like crazy. Work has become the priority. Options have become countless. Social media has made so many things accessible, confusing and tricky. All I can say is, whatever it is you're looking for in a relationship- remember to be honest with your partner. Be absolutely clear, and Don’t confuse the people around you. This saves heartache and all the useless drama!"

Sharing his excitement prior to the premiere of the film, Anmol said, "I am thrilled to know that Tuesday & Fridays is finally premiering on the television and it'll be available for millions of people to watch and enjoy. Its World Television Premiere on Sony MAX will help the film reach a wider audience and penetrate across different parts of the country. I will watch it with my family at home and would enjoy the rainy weekend. Some hot coffee, Baarish and T&F to keep you and your loved ones warm, cozy and entertained."

The film 'Tuesdays & Friday' is helmed by debutant director Taranveer Singh and presents a ‘fresh take on new-age romance’. It is a unique story of two millennials- Anmol Dhillon and Jhatalekha Malhotra, a writer and a lawyer and their approach towards ‘avoiding the burden of commitment’. When their paths coincide, they happen to develop a friendship and are willing to try out a relationship. However, the quirky catch is that they decide to date only on Tuesdays and Fridays with certain rules at place. Things get interesting as they navigate this new relationship in a new style.

The movie with besides its storyline, promises to pleasantly surprise you with sparkling performances from Anmol and Jhataleka and with amazing music tracks by Neha Kakkar, Sonu Kakkar, Tony Kakkar along with Shreya Ghoshal.

Also Read: Poonam Dhillon’s son Anmol: Mom is proud I got the film on merit

Next Story : 'Shamshera' deserves to be on the big screen: Karan Malhotra