Aaliyah Kashyap has been open about her relationship with Shane Gregoire, who is an American entrepreneur and consciousness researcher. 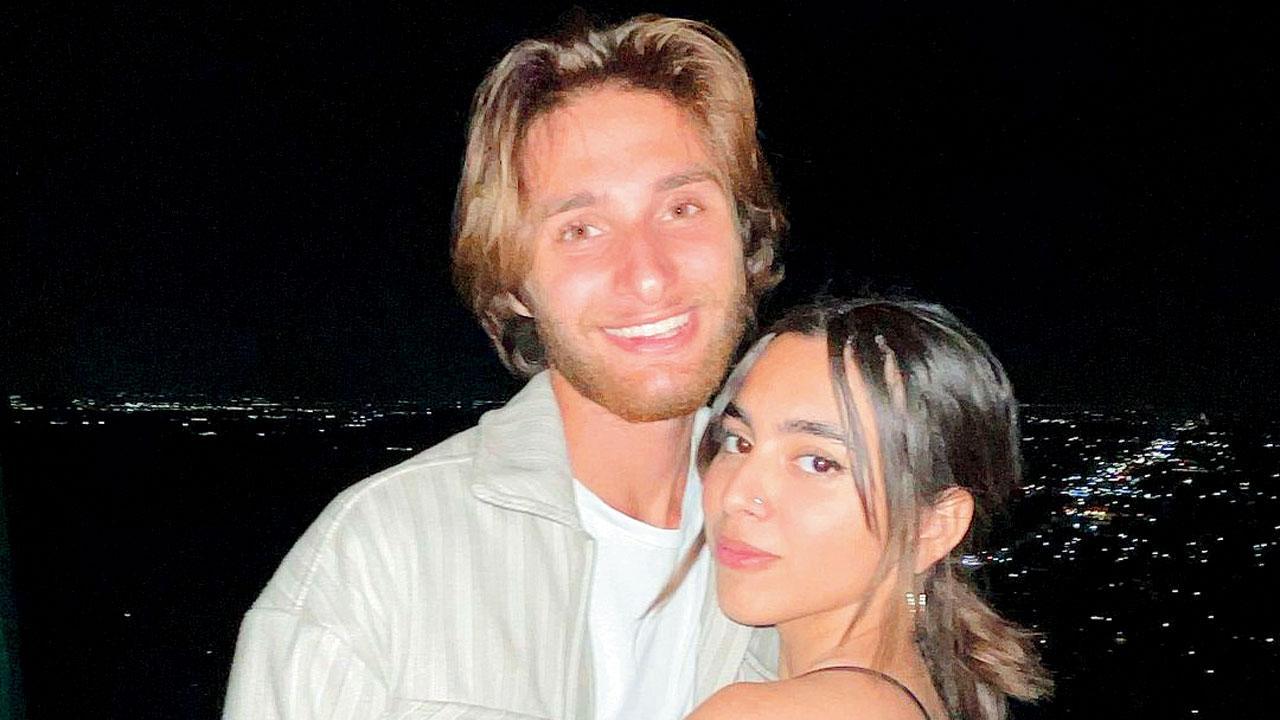 
Anurag Kashyap’s daughter Aaliyah shared a loved-up picture with beau Shane Gregoire and wrote, “Happiest with you.” Bestie Khushi Kapoor immediately replied, “And me.” Aaliyah, who is studying in the US, is a social media influencer, and like Khushi, is said to be keen on acting. Aaliyah has been open about her relationship with Gregoire, who is an American entrepreneur and consciousness researcher. He is known for founding Rocket Powered Sound, a software company specialising in sound design and music production skills development. Whenever the two are together, there’s lots of music around.

Khushi and Aaliyah are BFFs they are often seen together at parties. Aaliyah and Khushi had earlier visited Aaliyah in Los Angeles. The duo shared a few pictures from their reunion. Aaliyah Kashyap is currently studying at Chapman University in California. Khushi Kapoor, on the other hand, is studying in New York.

Anurag's daughter Aaliyah has made her directorial debut in 2017 with a documentary on education of girls for her school. Aaliyah is Anurag's daughter with his former wife Aarti Bajaj. Anurag and Aarti, who works as a film editor, got married in 2003 and headed for divorce in 2009. After that Anurag married actress Kalki Koechlin in 2011. They separated in 2015.

Next Story : Jonita Gandhi: To see myself on the iconic billboard seemed a far-fetched dream