Taking to her Instagram handle, Anushka shared that she chose a cut-out gown with a knee-length slit for Karan's big birthday event. The actor let her admirers have a close peek at her glitzy ensemble 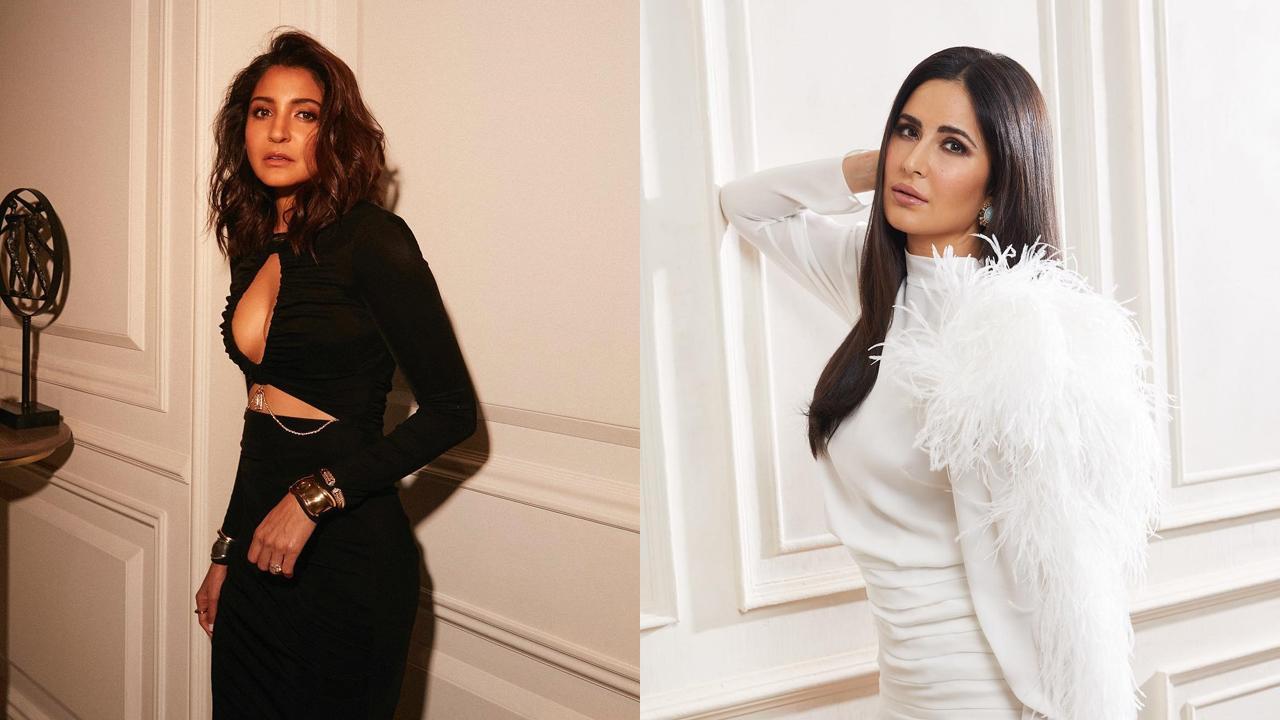 
Anushka Sharma and Katrina Kaif, grabbed a lot of eyeballs when they arrived at Karan Johar's star-studded 50th birthday as they looked drop-dead gorgeous in
black and white.  Sharma stunned fans by sharing her look on Instagram.

Taking to her Instagram handle, Anushka shared that she chose a cut-out gown with a knee-length slit for Karan's big birthday event. The actor let her admirers have a close peek at her glitzy ensemble. Anushka accessorized the look with a pair of bronze bangles and a chain."Two hours beyond my bedtime but looking fine," she captioned photos.

Katrina, on the other hand, chose white attire. The actor also took to her Instagram handle to share photos in which she was seen wearing a full-sleeved, short white dress. Katrina let her hair down and wore minimal make-up. "That kind of a night," she captioned the photos.

Vicky Kaushal accompanied Katrina to the party. At the event, the actors posed for the cameras. Meanwhile, Anushka Sharma was spotted at the birthday celebrations without Virat Kohli. Anushka and Katrina are both working on their own projects.

Anushka has been practising for her next 'Chakda Xpress' on the pitch. Former Indian captain Jhulan Goswami is played by the actor. It's Anushka's first film since the birth of Vamika. It's also her first film since 2018's 'Zero'.

Katrina also has a couple of films in the works. She has 'Tiger 3' with Salman Khan and will be seen in 'Phone Bhoot' too. She is also going to star alongside Vijay Sethupathi in the upcoming film 'Merry Christmas'.

Next Story : Reunion on the cards for Ranveer Singh and Rohit Shetty for this project