Chhapaak Movie Review: This isn't going to be an easy watch! 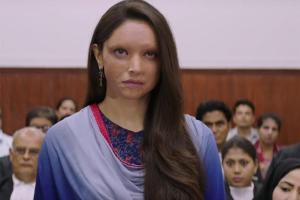 Any other filmmaker who would have made a film on the acid-attack survivor Laxmi Agarwal would have titled his/her film on her moniker, or would have called it Malti, the name of the protagonist in the film. But Meghna Gulzar and her father, Gulzar, the legend he is, title the film Chhapaak, which signifies the sound of splash.

Ever since the movie has been announced, the number of people who know about the horrific and heinous attack Agarwal went through has increased, but not many understood the significance of the name, including me. A lot of us were like, “Hey, we know what Chhapaak is about, but what does the title mean?” Is there anyone who can come up with such a poetic name? And how dare anyone think Gulzar would settle for something too obvious or mundane?

Coming to the film, Meghna Gulzar once again establishes why she’s one of the most dignified voices we have in the fraternity today. She takes subjects that are relevant and prevalent and infuses them with restrain. Filhaal was about surrogacy, Talvar was based on a much-publicised murder case, Raazi was a spy-thriller, and Chhapaak is about the aftermath of acid attacks. But the filmmaker treats all her narratives with a delicate touch.

It’s not just about naming the films, even when it comes to the stories, any other filmmaker would have amped up the plot, added his melodramatic touches, and made them into an absolute overblown mess. But she’s fortunately not one of them. Her characters feel real, particularly that of Vikrant Massey, who plays Amol, a young journalist driven by the desire to deliver justice to all the acid attack survivors.

And at the centre, of course, is Deepika Padukone. She opts for a bold part and decides not only to act in it but also produce it. There are some finely filmed scenes between her Malti and Amol, layered with the kind of niceness we saw in the romance in Raazi and Filhaal. But very similar to Talvar, the film jolts as much as it comforts. A theme as horrific as acid-attacks needs special care and caution, and Gulzar succeeds in keeping the mood of her drama rousing and real both, as stated above.

Chhapaak also gives us the most shocking finale at the movies in years. Gulzar and her team turn the adage expect the unexpected on our heads. You have a smile on your face, and then suddenly...