National Award-winning director, Ram Madhvani, with his unique filmmaking style, delivers with his latest outing, Dhamaka, which exposes you to a fair share of chills and thrills 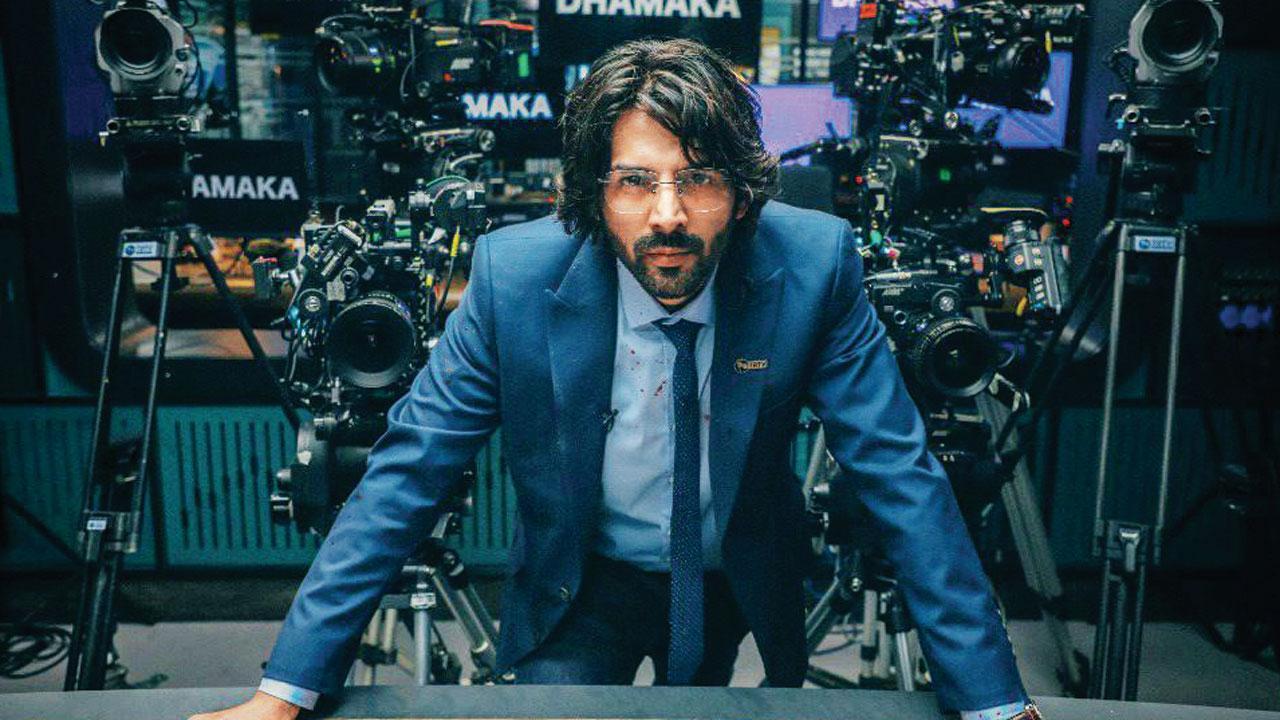 Aaryan plays a reporter in Dhamaka

Creating a gripping thriller is no walk in the park. However, when you have the skilled Ram Madhvani at the helm, odds are that you won’t be disappointed. The National Award-winning director — with his unique filmmaking style — delivers with his latest outing, Dhamaka, which exposes you to a fair share of chills and thrills. The newsroom drama opens with ex-TV news anchor Arjun Pathak (Kartik Aaryan) getting an alarming call on his radio show. He sees in the development an opportunity to make a comeback, after having been demoted to the role of a radio jockey from a prime-time news anchor.

He is presented with the chance to exclusively interview a terrorist who bombed Mumbai’s Sea Link bridge. Eventually, he returns to his prime-time slot, but, at what cost? It becomes evident that Arjun’s moral compass is skewed. As if the issues he faces on the professional front aren’t challenging enough, his marriage to his ladylove (deftly played by Mrunal Thakur), a righteous journalist, is also at stake. The cherry on the cake is Amruta Subhash, as the feisty lady-boss, who lifts the film and grabs attention.

Loosely based on the 2013 Korean film, The Terror Live, Dhamaka’s representation of how reporters cover news is  tad over the top (take it from the horse’s mouth!)  The quarrels in the newsroom seem unrealistic. The script fails to justify the runtime, and, after a point, the thrills fade away, and you tend to feel deceived by its promising onset.

Aryan deserves credit for giving his nod to a character with shades of grey with this clutter-breaking act. Evoking sympathy for a flawed character couldn’t have been an easy task. He leaves an impact, and effortlessly strikes a chord with viewers. For him, and for the rest of the skilled cast, this film is worth a watch.

Next Story : Have you heard? Something brewing between Siddhant Chaturvedi and Navya Naveli Nanda?