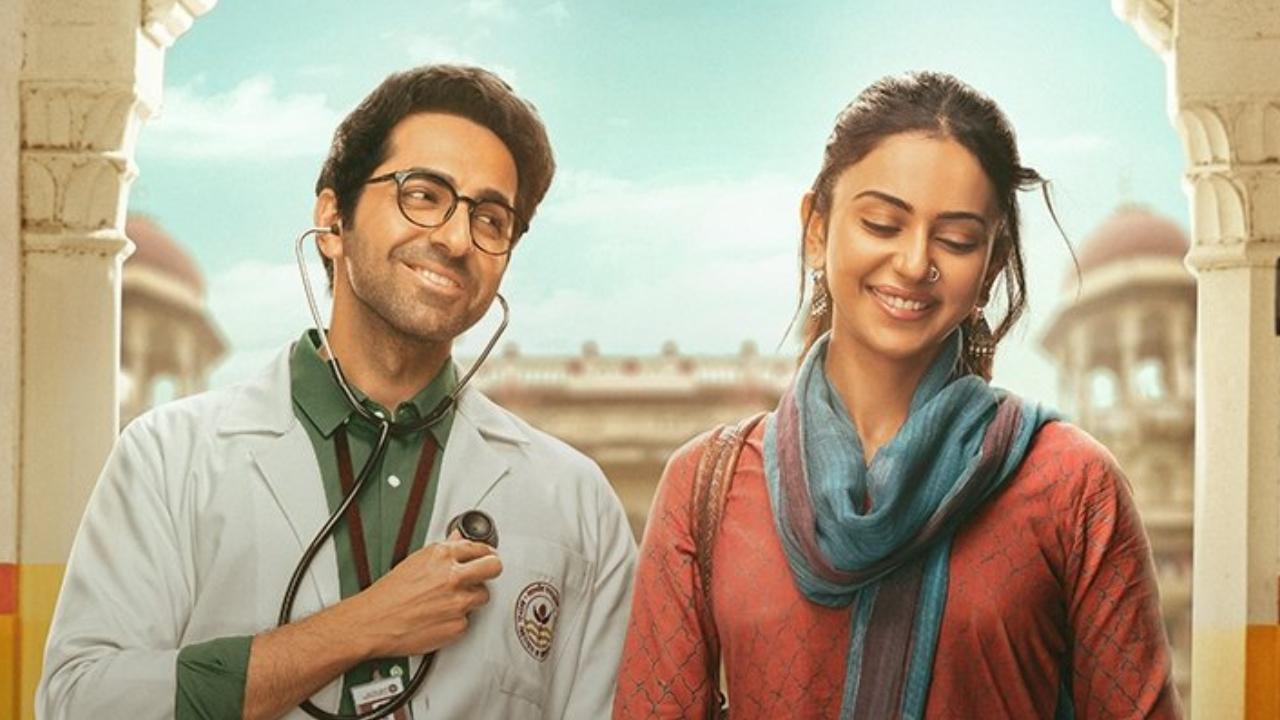 
The makers of the upcoming medical campus comedy-drama 'Doctor G' have been treating fans with the melodies from the film and now they are here with a video to take us behind the scenes from the sets of 'Doctor G', with Dr. Fatima Siddiqui aka Rakul Preet Singh. Be it her excitement of playing a doctor's character on the screen to her experience of holding a newborn baby, here comes a video capturing Rakul's fun moments from the sets of 'Doctor G'.

Fun 🥳, Drama 🫣 and a lot of Doctory🩺
This is what it took for @Rakulpreet to get into the skin of her character, Dr. Fatima Siddiqui 👩🏻‍⚕️

Watch the making of Dr. Fatima - https://t.co/QQ3AIQnqPv#DoctorGTrailer Out Now, In Cinemas on 14th October 2022🗓️

After having seen a fun-filled journey of a hopeful orthopaedic who turns gynaecologist and the struggles he faces being the only male doctor in a class full of women, in the trailer, the audience is very excited to watch more of this campus comedy-drama. While raising the anticipation of the film, the makers are here with the BTS video of the film that captures the lead cast Rakul Preet Singh and her time on the sets while playing her character of Dr. Fatima Siddiqui.

The film has certainly come as a very special one for the actress as she will be playing the character of a doctor for the first time. While Rakul was seen having a great time on the sets, she can be seen saying "From the day one, when I first heard the narration to signing the film, to doing the readings, it’s been very special." The actress also had a first-time life experience of holding a newborn baby as she added "I have never held such a newborn baby" during the shoot of the film.