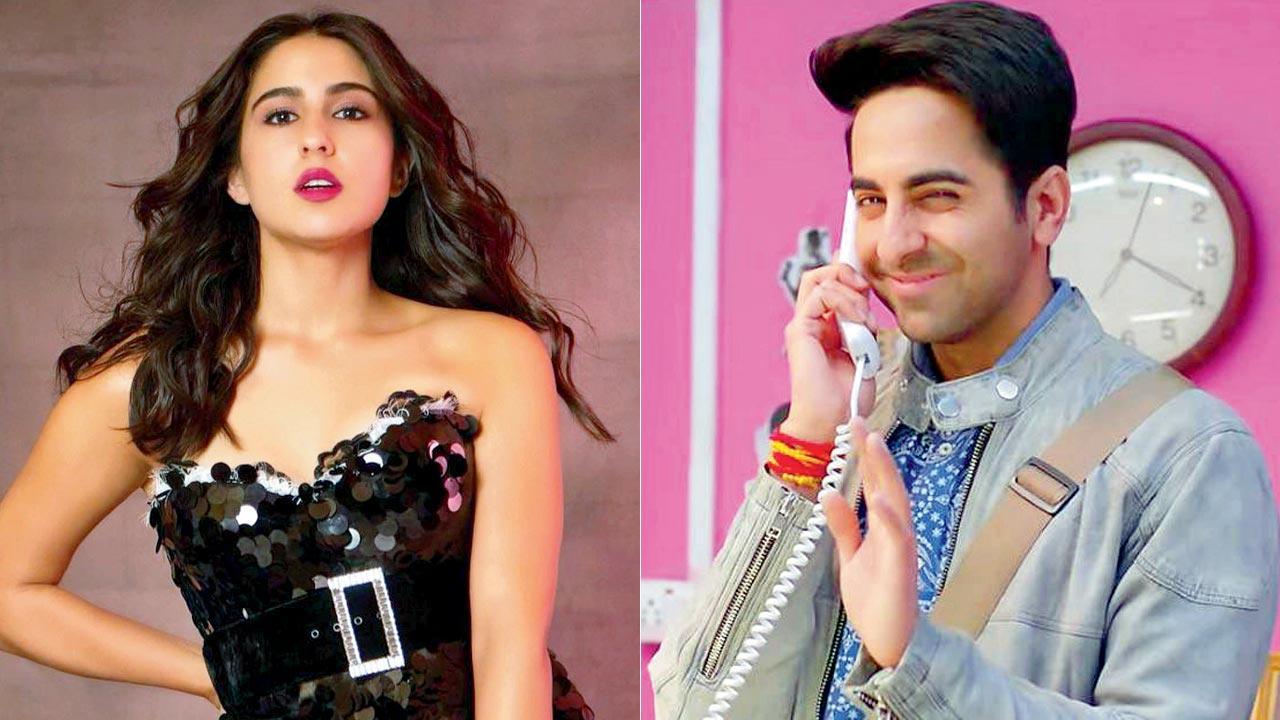 
That Dream Girl 2 is in the works has been in the news over the past few months. While Ayushmann Khurrana has been retained as the leading man of the comedy, the makers are scouting for the female lead. Names of various actors, including Bigg Boss 15 winner Tejasswi Prakash, are doing the rounds for the project.

However, mid-day has learnt that Sara Ali Khan is the top choice for Raaj Shaandilyaa’s directorial venture.

A source reveals, “The makers are looking for a feisty, young star. They think Sara fits the bill, and have begun talks with her. However, it is still in the early stages. The film will go on floors only later in the year.” If Khan comes on board, it will mark her first collaboration with Khurrana. The two actors were to team up for a comedy for Maddock Films a few years ago, but the project didn’t materialise due to the pandemic-induced delays.

Dream Girl (2019), which had Nushrratt Bharuccha as the female lead, was a sleeper hit.

Next Story : Nushrratt Bharuccha: Need to break the taboo around condoms