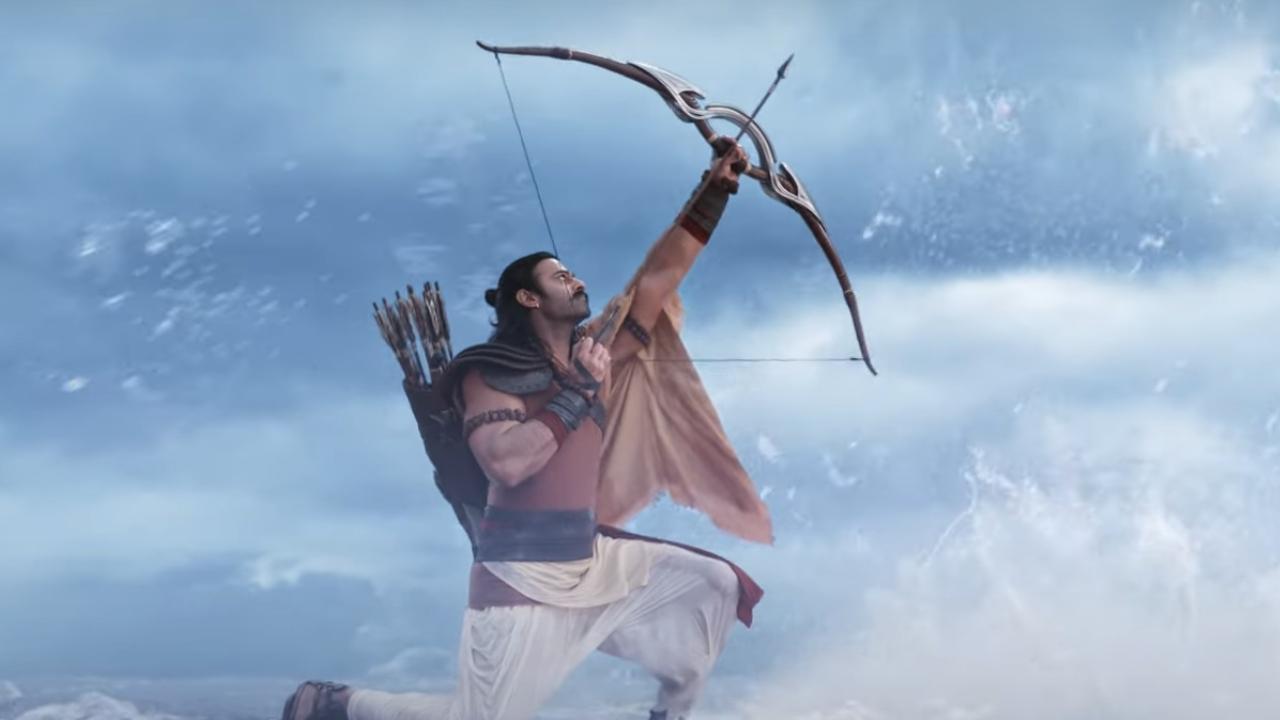 
The first teaser and poster of Om Raut's directorial 'Adipurush', which is the cinematic adaptation of the Indian epic Ramayana, have finally been unveiled on the bank of Sarayu in the holy land of Ayodhya, Uttar Pradesh, on Sunday.

Its almost 2-minute-long teaser is absolutely mesmerizing and exquisite. Prabhas looks stunningly perfectly in the role of lord Rama, who in the teaser is all set to destroy the empire of evil built by Saif Ali Khan's Raavan in order to bring back his Sita (Kriti).

Though the teaser's CGI leaves much to be desired, it has captivating scenes from Ravan showing his 10 heads and Lord Hanuman landing in Lanka to Lord Rama walking the Ram Setu with his 'Vanar' sena.

Meanwhile, the film's first poster was also shared by Prabhas on his Instagram handle. In it, he as Lord Rama is seen kneeling down and holding a bow and arrow while aiming it at the sky.

Also Read: Prabhas: Had to cut down on my remuneration for Radhe Shyam

'Adipurush', the mega Indian film produced by T Series and Retrophiles, is a visual extravaganza slated to release on January 12, 2023, in IMAX and 3D. Produced by Bhushan Kumar, Om, Prasad Sutar, and Rajesh Nair, the film will be released in Hindi, Telugu, Tamil, Malayalam, and Kannada.

Next Story : Exclusive! THIS is Tina Datta's take on finding love in the Bigg Boss 16 house!