From Shershaah to Bhuj: The Pride of India, patriotism is Bollywood’s new mantra

Patriotism has been an integral part of Hindi Cinema for more than five decades, but the surge the industry is all set to experience in the next few years shows the filmmakers’ obsession with the genre. 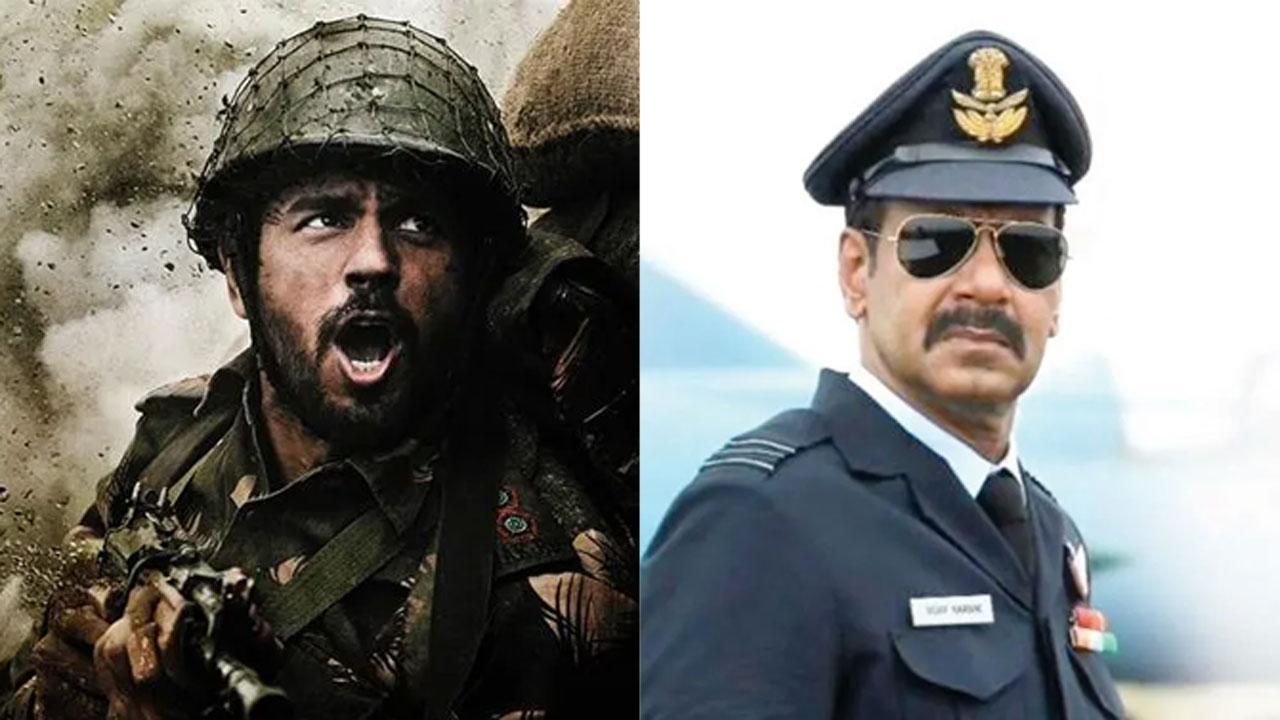 
The trailer of Sidharth Malhotra and Kiara Advani’s ‘Shershaah’ has been hitting all the right notes with the viewers, at least that’s what the response on social media suggests. Not unexpectedly, it’s coming out on August 12 on the weekend of the Independence Day. It’s based on the life of late Captain Vikram Batra.

For the uninitiated, we have one more film coming up that attempts to tell a story based on extraordinary true events. The film in question is Ajay Devgn’s ‘Bhuj: The Pride of India’. Riding high on scale and whistle-worthy exchanges of dialogues, fans are looking forward to the leading man’s next film after the blockbuster ‘Tanhaji: The Unsung Warrior’.

Patriotism has been an integral part of Hindi Cinema for more than five decades, but the surge the industry is all set to experience in the next few years shows the filmmakers’ obsession with the genre. Even a filmmaker like Sriram Raghavan, known for slick thrillers, jumps into the bandwagon to tell the story of Param Vir Chakra recipient Arun Khetarpal with Varun Dhawan.

The director-actor duo, who have previously worked together on 2015 crime drama Badlapur, recently announced that they will be reuniting for the real-life story to be produced by Dinesh Vijan.

"He has become a big star now and that's good but I am treating him like a newcomer in this film. Varun is very excited about the film. He wants to finish off his commitments before he starts the work on this project," Raghavan told PTI. The director revealed that the 32-year-old actor would undergo intense physical training for the part.

Lastly, Vicky Kaushal, the new champion of pride and patriotism after ‘URI: The Surgical Strike’, has two films on real-life figures. On one hand is Shoojit Sircar’s ‘Sardar Udham Singh’ and the other one is Meghna Gulzar’s film on Sam Manekshaw. In April, the actor announced the title of Meghna Gulzar’s biopic of the war hero. The film, which sees Kaushal play the titular role, is called Sam Bahadur. The chief of the Army staff during the 1971 Indo-Pak war, Manekshaw was the first Indian Army officer to be promoted to the rank of field marshal.

Field Marshal Sam Manekshaw's military career spanned four decades and five wars. He led the first Indian Army to a military victory in the 1971 Indo-Pak war, which led to the creation of Bangladesh.

Talking about the film, Meghna said: "He was a soldier's soldier and a gentleman's gentleman. They don't make men like Sam Bahadur anymore. I'm so honoured to be telling his story with (producer) Ronnie Screwvala and the incredibly talented Vicky Kaushal. On the Field Marshal's birth anniversary, his story has got its name. I couldn't be happier."

Vicky's first look in the biopic was released in 2019, as a tribute to the Field Marshal on his death anniversary. Last year, the makers unveiled the second look. There are over five names in the list already and the list is unquestionably going to get longer. Not all would do well, Akshay Kumar and John Abraham however would feel proud.