But what grabbed everyone's attention was the presence of actress Amy Jackson in one of the videos. Amy and Ed recently made their relationship official on Instagram and fans have ever since been in awe of the new couple 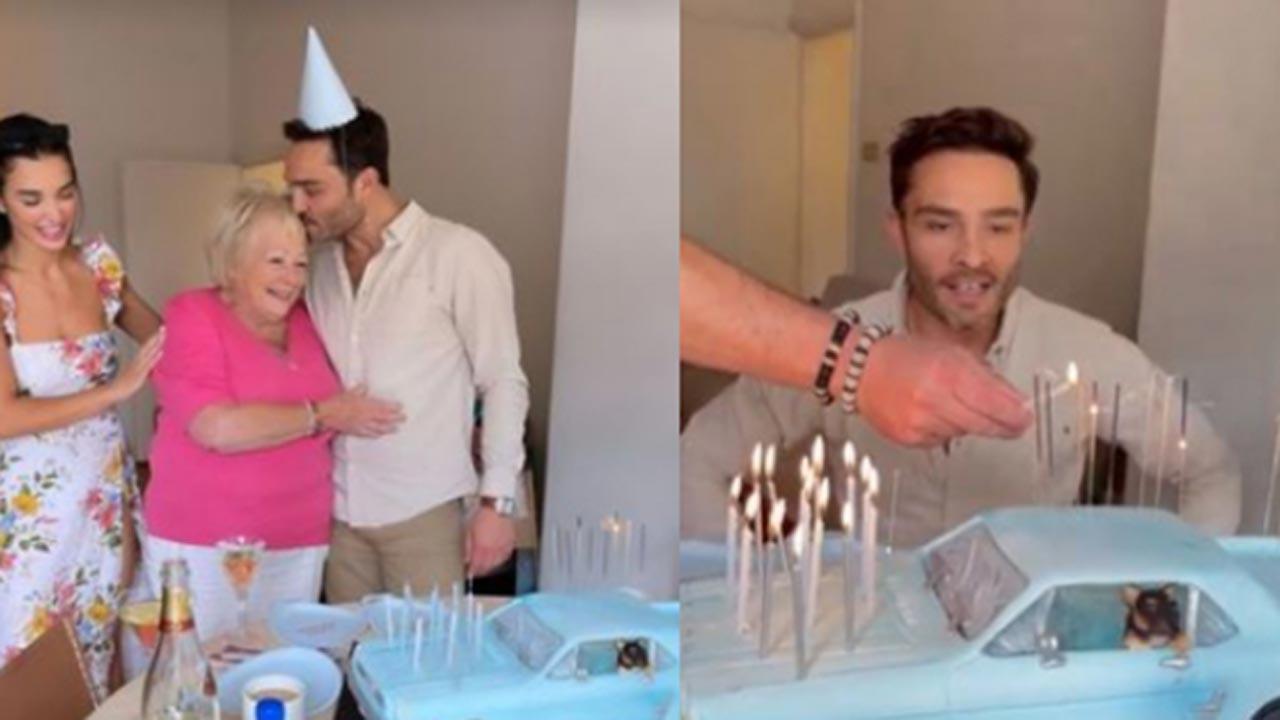 
'Gossip Girl' heartthrob Ed Westwick who played the popular character 'Chuck Bass' on the show, turned a year older on Monday. On the occasion of his birthday, the actor took the internet by storm by giving his followers a sneak peek into the intimate birthday celebration.

Did you know what caught everyone's attention? It was Amy Jackson's pressence in one of the videos. For the uninitiated, Amy and Ed recently made their relationship official on Instagram and fans have ever since been in awe of the new couple.

Ed rang into his 35th birthday at his home in England surrounded by Amy and his family. Check out the post right away!

Amy and Ed were vacationing earlier this month and the pictures from the trip instantly went viral. The couple was accompanied by Amy's son Andreas Jax Panayiotou on their trip.

Amy was earlier dating George Panayiotou for quite some time. The two got engaged in 2019 and welcomed their son in September of the same year. The couple reportedly parted ways in 2021, after which Amy removed all their pictures together from her Instagram account.

On the work front, Ed Westwick was last seen in the American comedy thriller 'Me You Madness' that was released in 2021. The actor hasn't announced any new project yet. Amy, on the other hand, was last seen in the Tamil science fiction '2.0' opposite Rajnikanth. The film hit the theatres in 2018. She was also a recurring character in the American superhero television series 'Supergirl'.

Also Read: Amy Jackson was a pleasure to work with, says Ankit Tiwari