Have you heard? Randeep starts his directorial debut 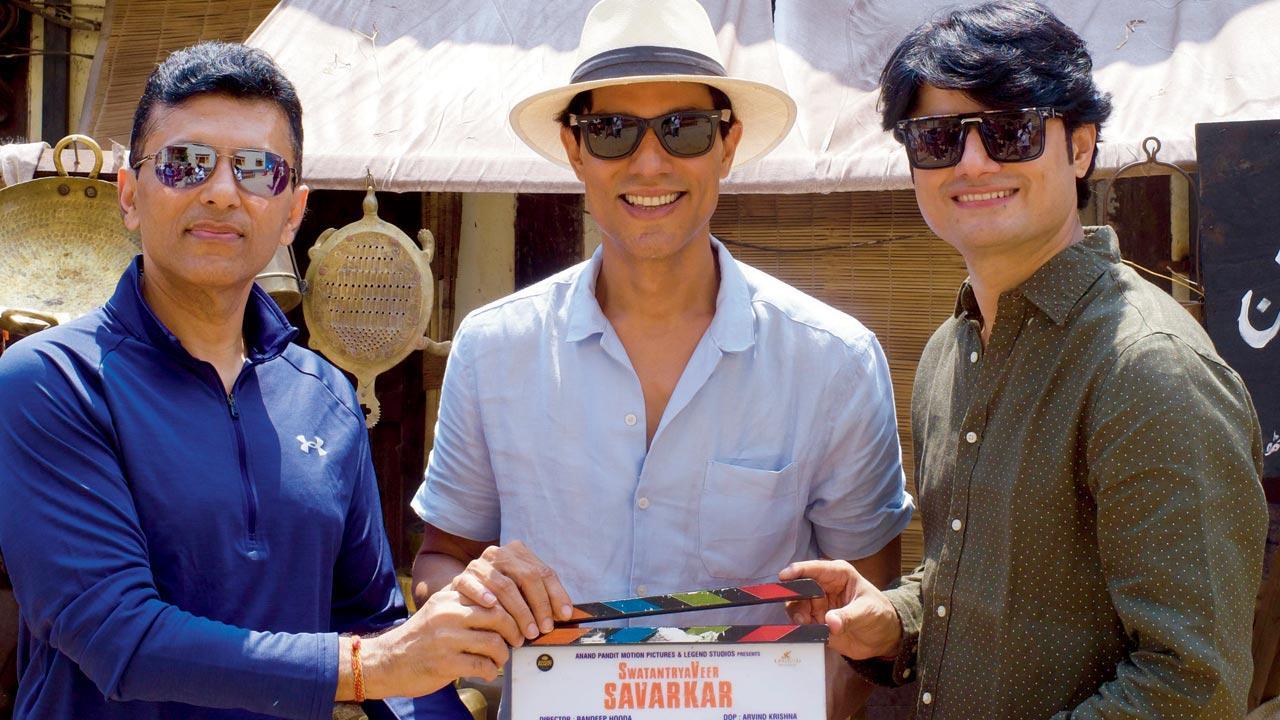 mid-day reported that Randeep Hooda will direct SwatantryaVeer Savarkar, after Mahesh Manjrekar opted out (Randeep to turn director, September 20). The actor, who plays Vinayak Damodar Savarkar, began filming his directorial debut yesterday. Interestingly, Randeep has also co-written the film with Utkarsh Naithani. Producer Sandeep Singh says, “It’s a matter of pride for us that Randeep Hooda is making his mark as a director with our film, besides playing the lead. As Indians and Hindus, SwatantryaVeer Savarkar is a special film for us. I want every Indian, especially the young generation, to know our history. Veer Savarkar’s contribution to our country’s freedom has been tremendous. He was a true freedom fighter and that will be showcased in our film.” Producer Anand Pandit asserts, “There couldn’t have been any other actor to do absolute justice to this role. Plus, our film has Randeep as a director too and that makes me proud.” The film will release on May 26, 2023, to mark Veer Savarkar’s 140th birth anniversary.

No price for brotherhood 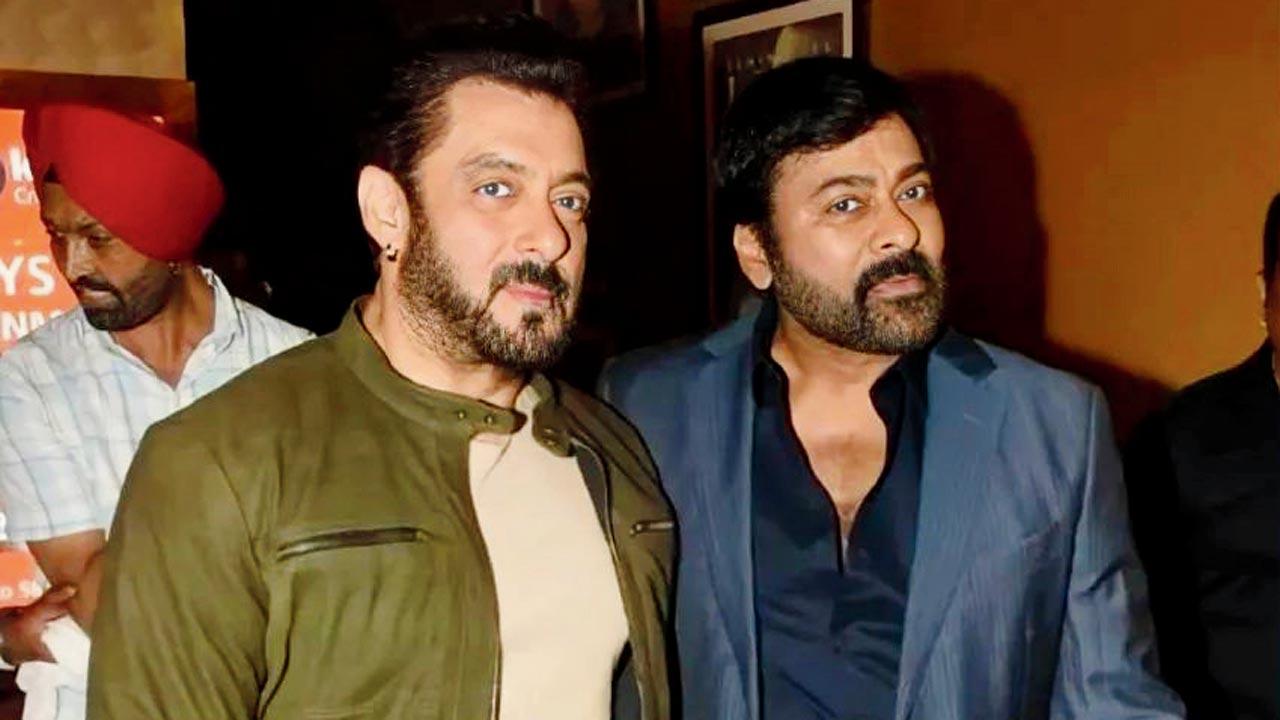 With Godfather releasing this Dussehra, Chiranjeevi was in the city for a round of promotions. Confirming Salman Khan’s gesture of working in the movie without any fee, Chiranjeevi shared that the Bollywood superstar had told the producers to “get lost” when they first offered to pay his market price. He recalled Salman telling the producers, “You cannot buy my love towards Ram and Chiranjeevi garu with money.” The Godfather actor added, “He respects all of us, in the same way we respect him so much.”

The date is locked 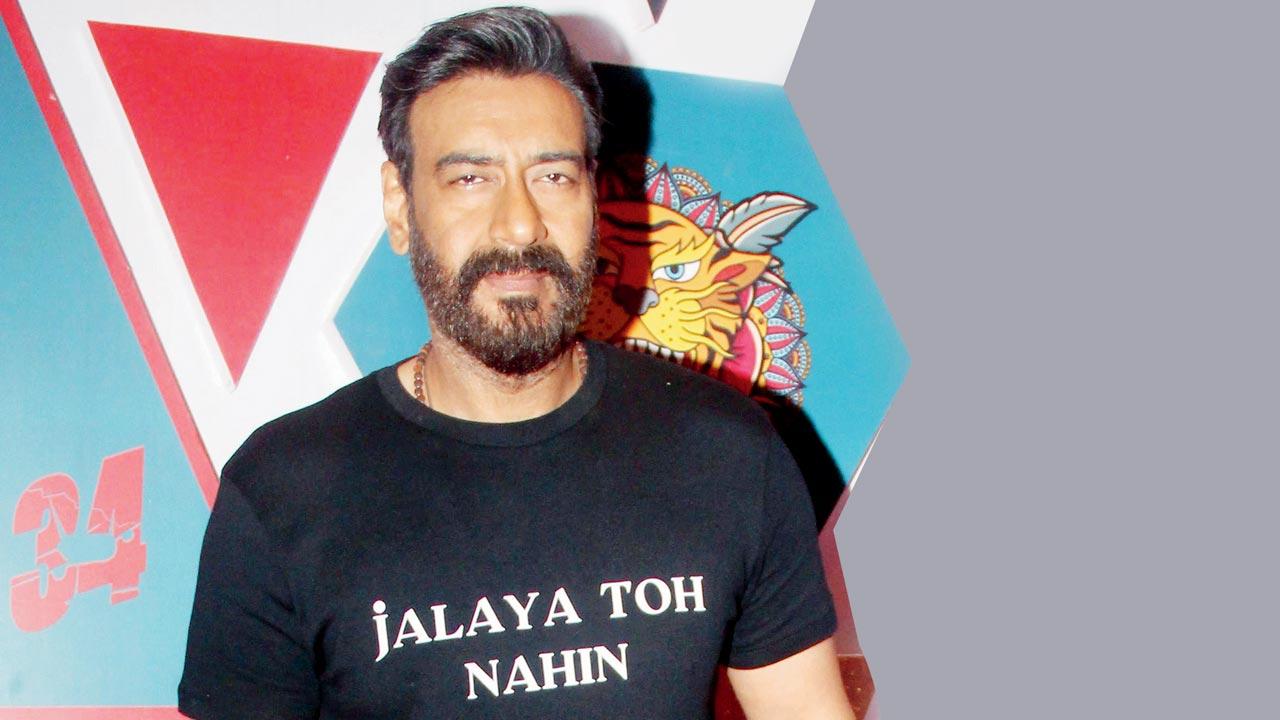 Ajay Devgn’s sports drama, Maidaan which was moved from June 3 to avoid a clash with Akshay Kumar’s Samrat Prithviraj, has got a new release date. Amit R Sharma’s directorial venture, based on former football coach Syed Abdul Rahim, will now arrive in cinemas on February 17, 2023. Also featuring Priyamani, Gajraj Rao and Rudranil Ghosh in pivotal roles, the film will be a solo offering of that week. 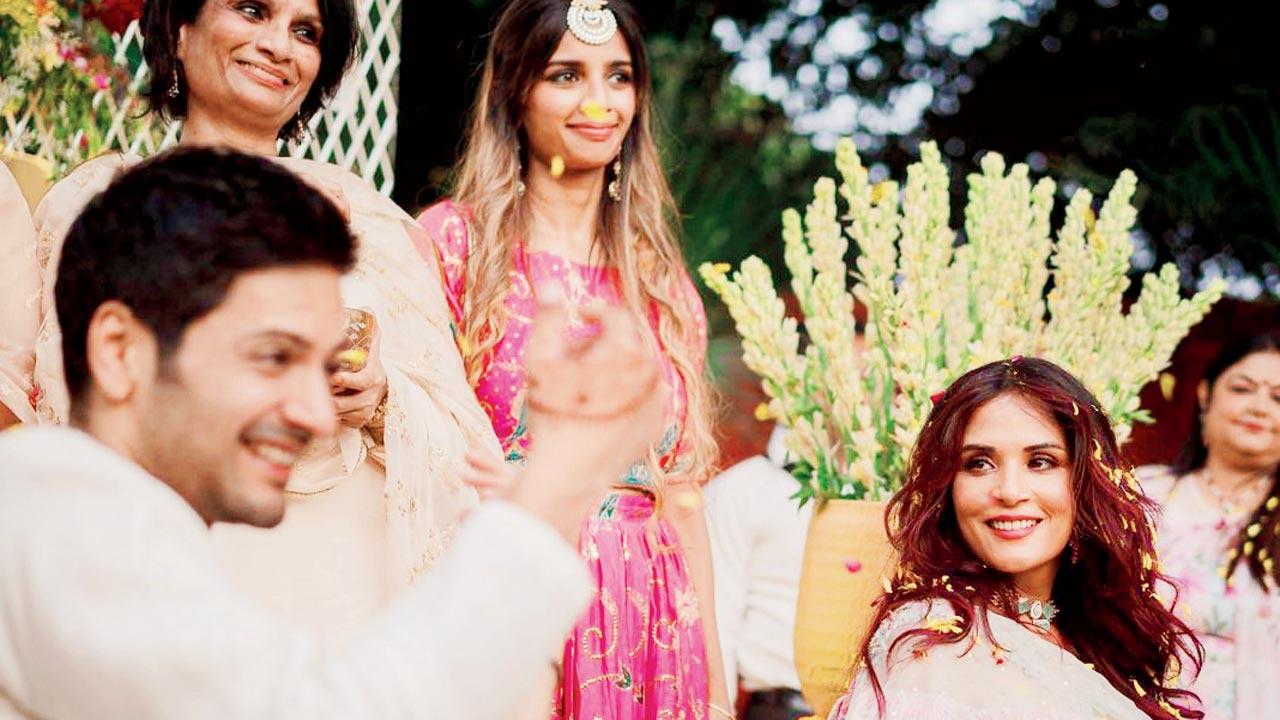 After the mehndi and sangeet ceremonies in Delhi, Ali Fazal and Richa Chadha were in for another round of celebrations in Lucknow. His family hosted a reception for the couple at a heritage venue last evening. About 150 people comprising the family’s relatives and close friends joined in the revelry. In keeping with the venue, the cuisine was a mix of Lucknowi and Awadhi. Ali and Richa will tie the knot on October 6, and the celebrations will culminate with a grand reception in Mumbai. 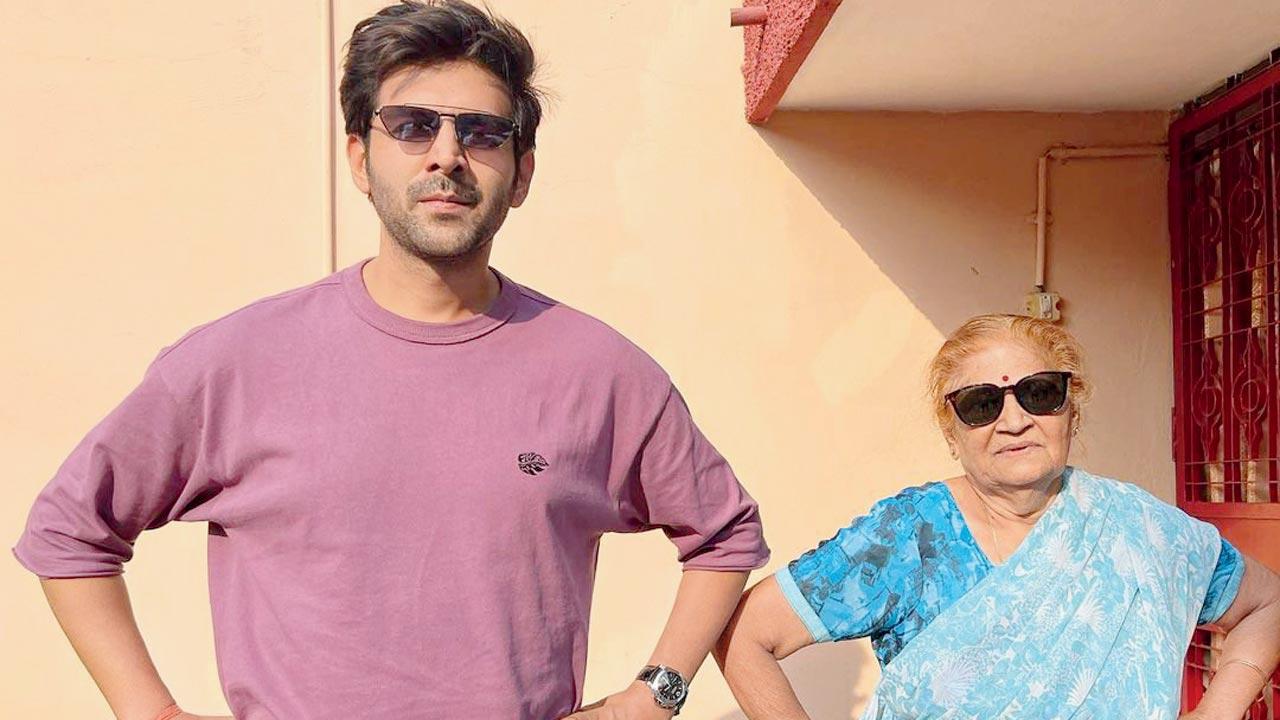 Even as he fulfils professional commitments, Kartik Aaryan tries to celebrate special occasions with his family as well. The actor, who is currently shooting for Satyaprem Ki Katha with Kiara Advani, took some time off to attend his cousin’s wedding in Jabalpur, Madhya Pradesh. Since his maternal grandmother also stays in the same city, the actor made sure to spend quality time with her. Kartik, who reportedly used to spend a considerable part of his early vacations at his granny’s place, relived his childhood memories during this brief visit. Sharing pictures with her, he wrote “Naani Aaryan. Reliving first five years of my life…#NaaniKaGhar (sic).” 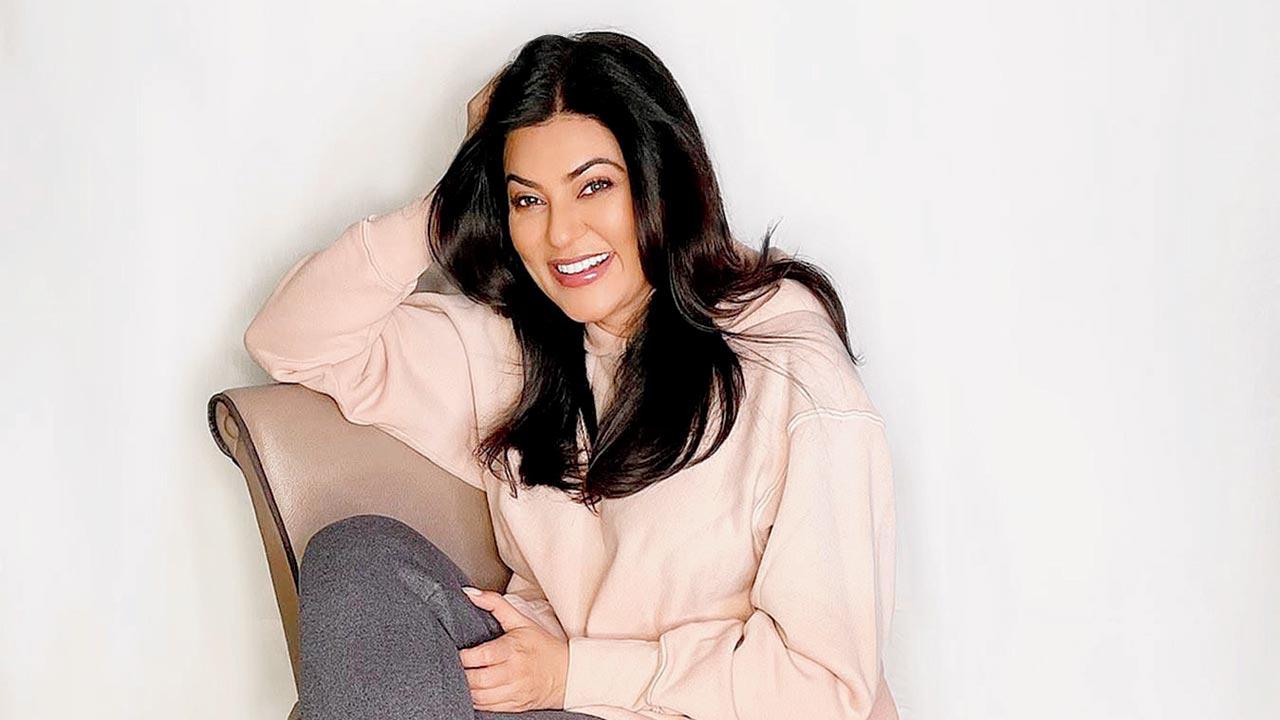 Sushmita Sen has begun working on her new web series. This time around, the former Miss Universe plays a transgender activist in Ravi Jadhav’s directorial venture. The six-episode series is based on life journey of social activist Gauri Sawant who overcame several hurdles to become the first transgender mother. Reportedly, the actor was instantly taken by Gauri’s story as a good-hearted and courageous individual fighting against odds for the transgender community in the country. 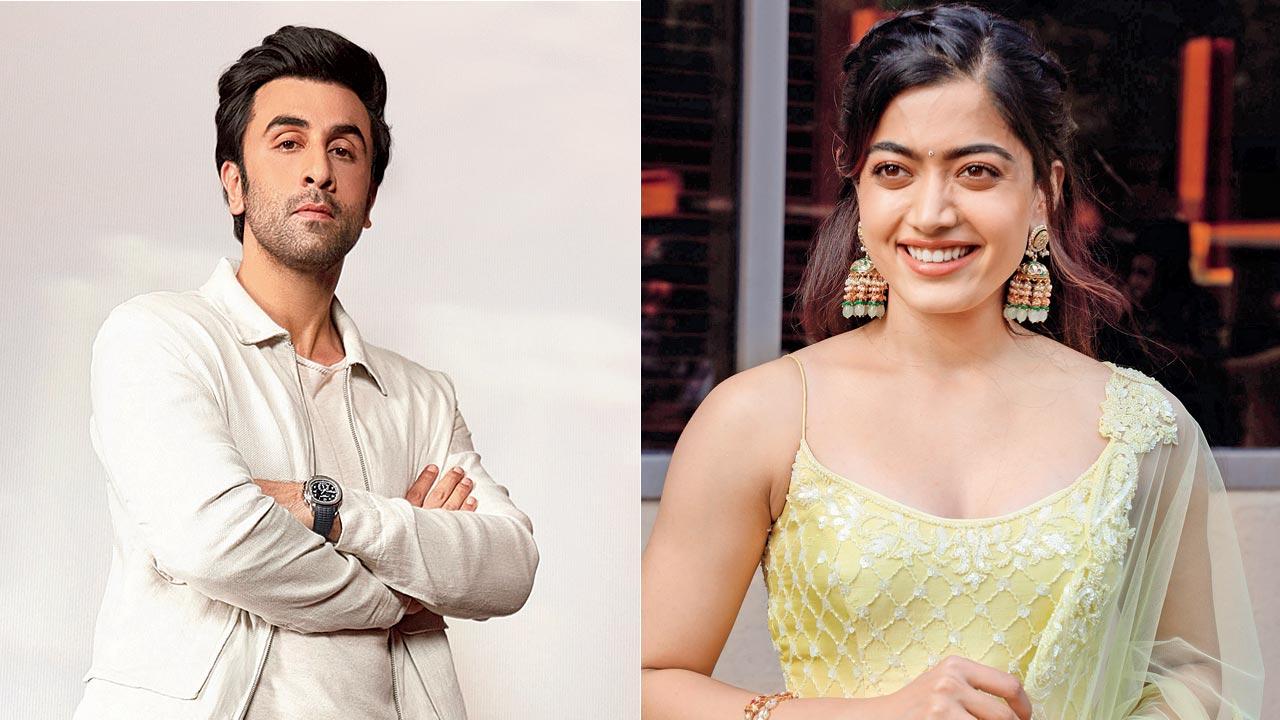 Rashmika Mandanna recently shared how Animal co-actor Ranbir Kapoor got his chef to whip up delicious food for her. During the outdoor of Sandeep Reddy Vanga’s directorial venture, she complained about boring food, the actor asked her why she would eat it. Interestingly, when RK’s chef made something special for her, Rashmika wondered how the same dish could taste so wonderful. After that, she often got treated by him during the rest of the schedule.

Cooking up a storm 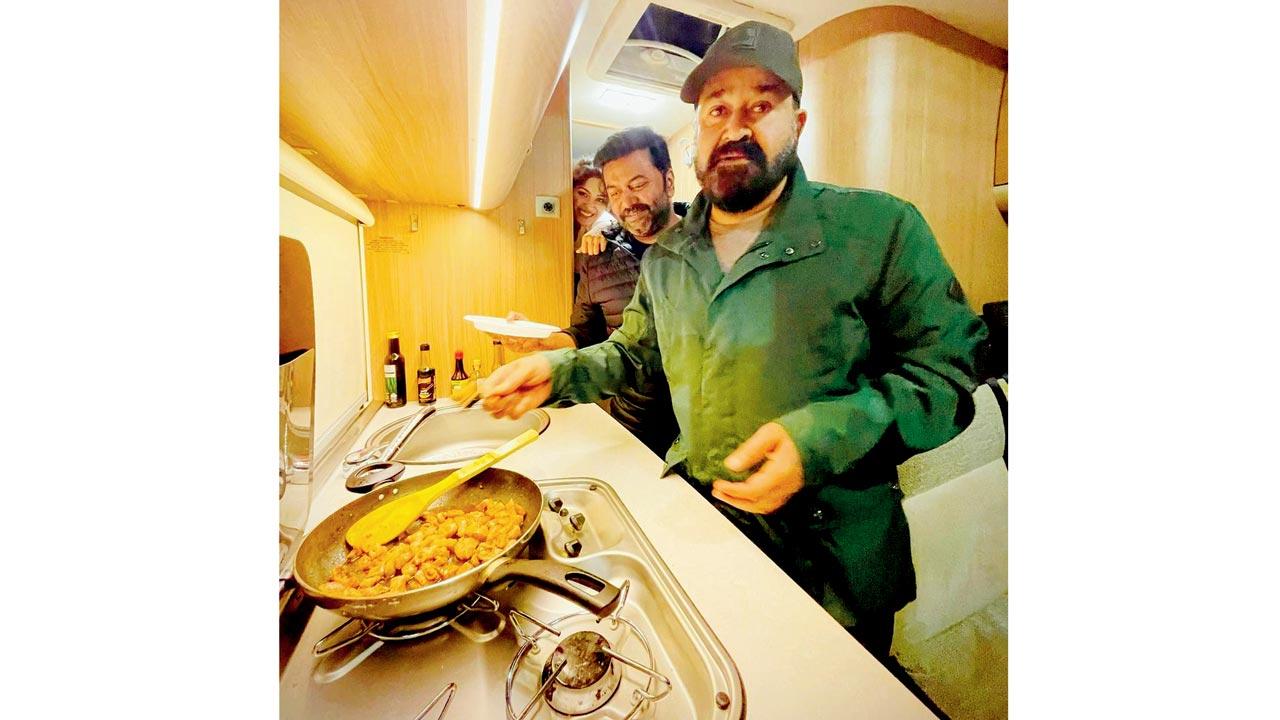 Talking of food, Mohanlal decided to surprise the team of his next. The south superstar is currently in the UK, shooting for Ram with director Jeethu Joseph. Apparently, the team was talking of trying different delicacies. So, Mohanlal turned chef for director Jeetu and his co-actors Indrajith Sukumaran and Samyuktha Menon during the shoot. Interestingly, Indrajith shared pictures of Mohanlal preparing wagyu steak in the caravan, saying,  “Star chef in action.” For the ill-informed, the Drishyam actor is known for his culinary skills. When he has time off, he often whips up some or the other delicacy for wife Suchitra and close friends.

Next Story : Up and about