Have you heard? Harbhajan Singh and Geeta Basra reveal the name of their son 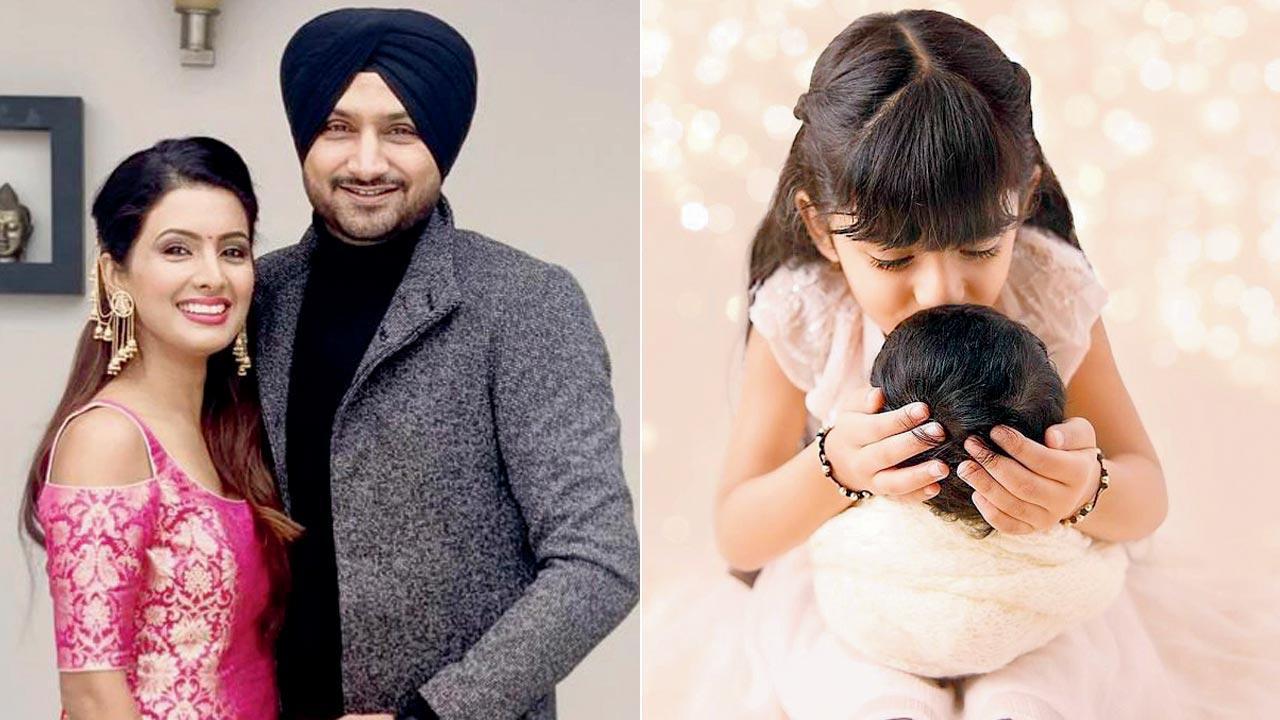 On Monday, Harbhajan Singh and Geeta Basra revealed the name of their son by sharing a photograph of the newborn, which provided a glimpse of him. Their four-year-old daughter Hinaya Heer was also seen in the picture. Basra, who delivered on July 10, wrote on Instagram, “Introducing Heer ka Veer. Jovan Veer Singh Plaha.” Bhajji commented on the post with heart emojis. The two tied the knot in 2015. The second-time dad is also looking forward to the trailer of his multilingual film, Friendship.

Tamannaah Bhatia almost missed her flight to Hyderabad while tucking into spaghetti. The actor, who is a foodie, shared a picture from Bengaluru airport trying to eat like the Italians do — by twirling it around the fork. She gave it up when it was proving tricky to get them from the plate to her mouth without making a mess, and instead played to the camera. Bhatia will be hosting the upcoming Telugu version of Masterchef, and will hopefully get it right when one of the contestants whips up a spaghetti delight.

The trailer of the Sidharth Malhotra and Kiara Advani-starrer Shershaah was launched in Dras, Kargil, on the eve of Kargil Vijay Diwas, which was observed on Monday. Vishnuvardan’s directorial venture is based on the life of Kargil war hero Captain Vikram Batra. Producers Karan Johar, Apoorva Mehta and Shabbir Boxwala, and Vijay Subramaniam of Amazon Prime Video (the film drops on the streamer) flew down for the event, which was attended by chief of defence staff General Bipin Rawat and Northern Army commander Lieutenant General Y K Joshi.

Musicians Amaal and Armaan Malik penned emotional notes in memory of grandmother, Bilquis Malik, who passed away on Sunday. She was 86. “Lost my best friend... my dadijaan. You were the cutest, the most precious human being ever. I am so grateful that I got so much time with you and got all your love, hugs and kisses,” wrote Armaan. “You will live within us till the end. The OG Malik has left us,” added Amaal. Mother of music composers Anu Malik, Abu Malik and Daboo Malik, she was buried at the Santa Cruz kabrastan. Wife of late composer Sardar Malik, she was admitted to the Arogya Nidhi Hospital in Juhu on Thursday after she suffered a stroke. Bilquis was sister to poet and lyricist Hasrat Jaipuri.

Social media savvy Ira Khan should know that nothing escapes the eagle-eyed netizens. On Monday, as soon as she shared a click with pet dog Imli, what caught the attention of trolls was the stuff that was kept beside her on the bench. They wondered why Aamir Khan’s daughter preferred to blur, and not remove what appears to be a pack of cigarettes and a lighter. She wrote, “Good morning.” Followers told her it’s good to keep certain things away from cameras.

Bobby Deol has shared screen space with brother Sunny and father Dharmendra, but not with cousin Abhay. A fan posted a similar-looking picture of the two, which prompted Bobby to state, “It’s high time we do a film together.” Abhay’s choice of movies stands in stark contrast to the kind of stuff that Bobs has done. Will the two ever team up?

Gul Panag joined the women farmers for the Kisan Sansad against the Centre’s farm reform laws in New Delhi on Monday. The actor-activist said the new laws will promote hoarding and black-marketing. She wondered why people are not understanding that it will “not only affect the farmers, but the middle-class. The laws have to be repealed,” said Panag.