Have you heard? Tiger Shroff's 'Ganapath' may not release on Christmas

Ask the makers of Tiger Shroff’s next actioner, Ganapath Part 1. Vikas Bahl’s directorial venture was slated to release on December 23 this year. However, sources claim that it is likely be deferred to avoid a three-way clash 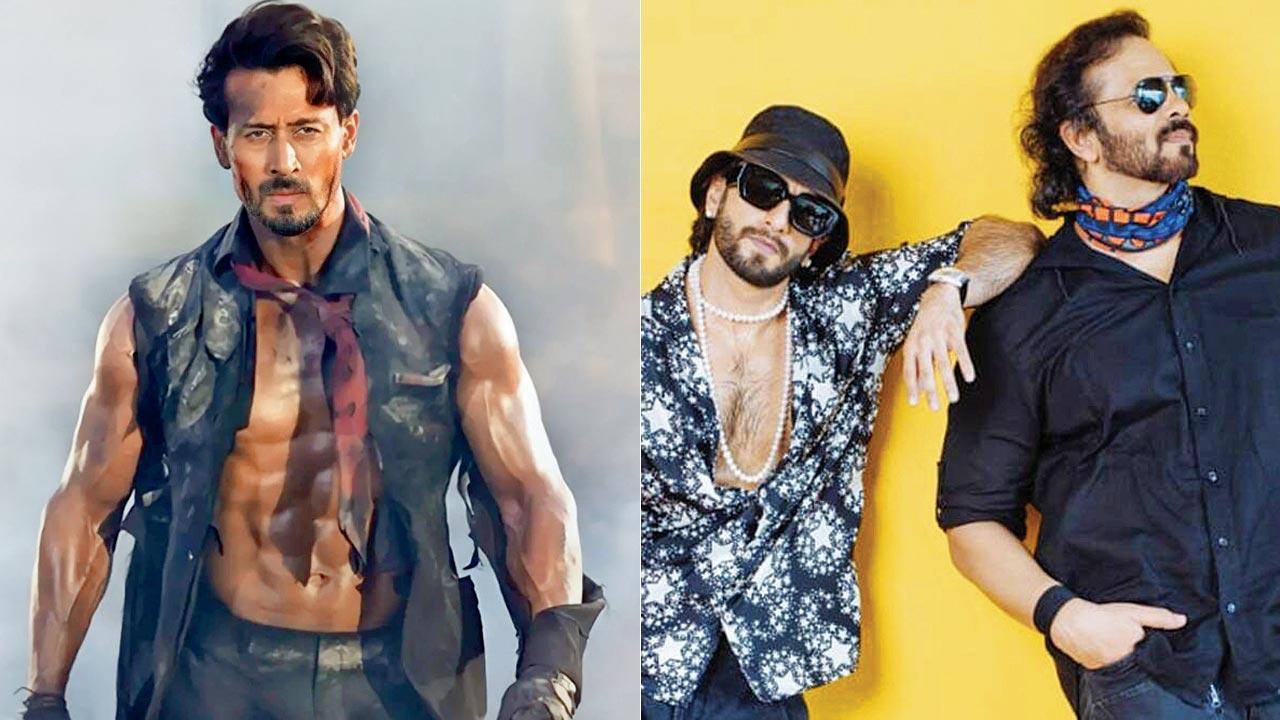 Booking a release date in advance can sometimes be disadvantageous. Ask the makers of Tiger Shroff’s next actioner, Ganapath Part 1. Vikas Bahl’s directorial venture was slated to release on December 23 this year. However, sources claim that it is likely be deferred to avoid a three-way clash with Rohit Shetty’s Cirkus and James Cameron’s Avatar: The Way of the Water, which are this year’s two big Christmas releases. Filming of Cirkus, starring Ranveer Singh, has been complete for a while, but its release date was locked only last month. With the Avatar sequel also opting for the same Friday, it makes sense for Ganapath makers to look for another date. More so after Tiger’s last outing, Heropanti 2 didn’t find many takers at the box office. Better to make some moolah alone than have to fight with others for it, no?

No aam complaint this! 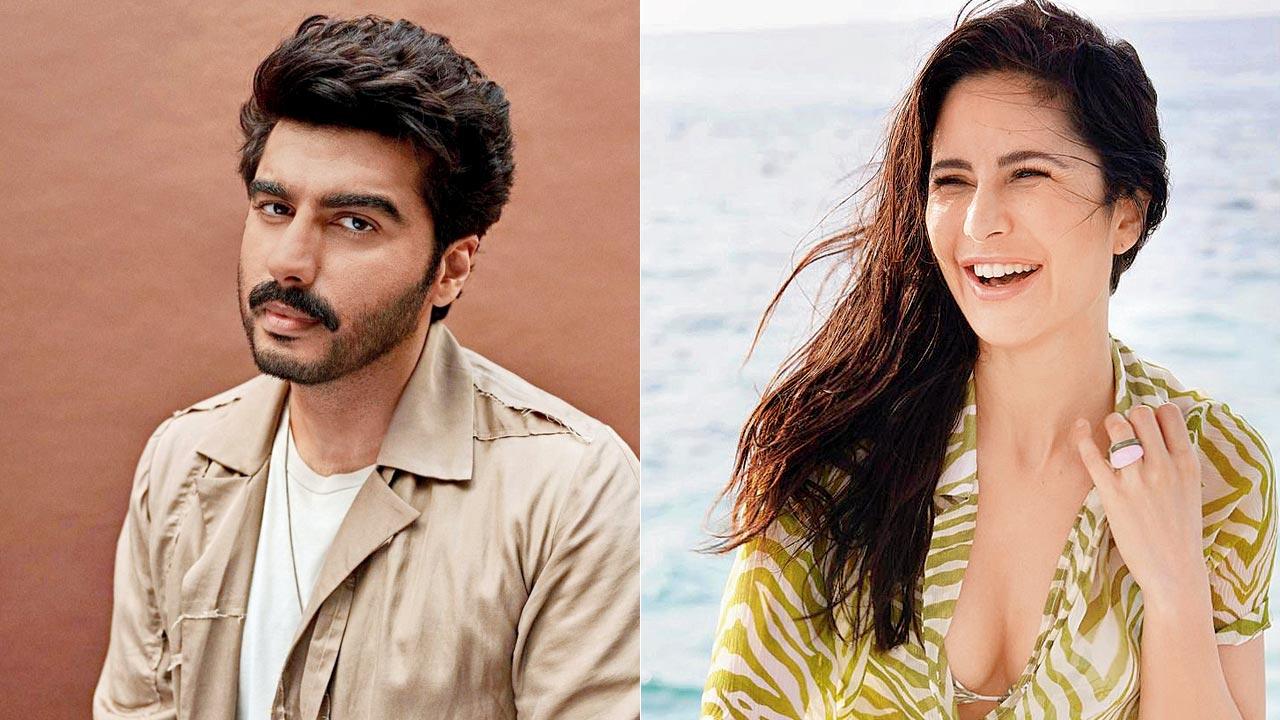 Arjun Kapoor and Katrina Kaif share a close friendship and even indulge in banter on social media. He shot off a complaint to her yesterday. Sharing a picture of mango pudding, Arjun wrote, “When Katrina doesn’t send you the yearly dose of mangoes, you still have to manage and find a way to enjoying some mango pudding through Akshay Arora.”

Of plots and plans 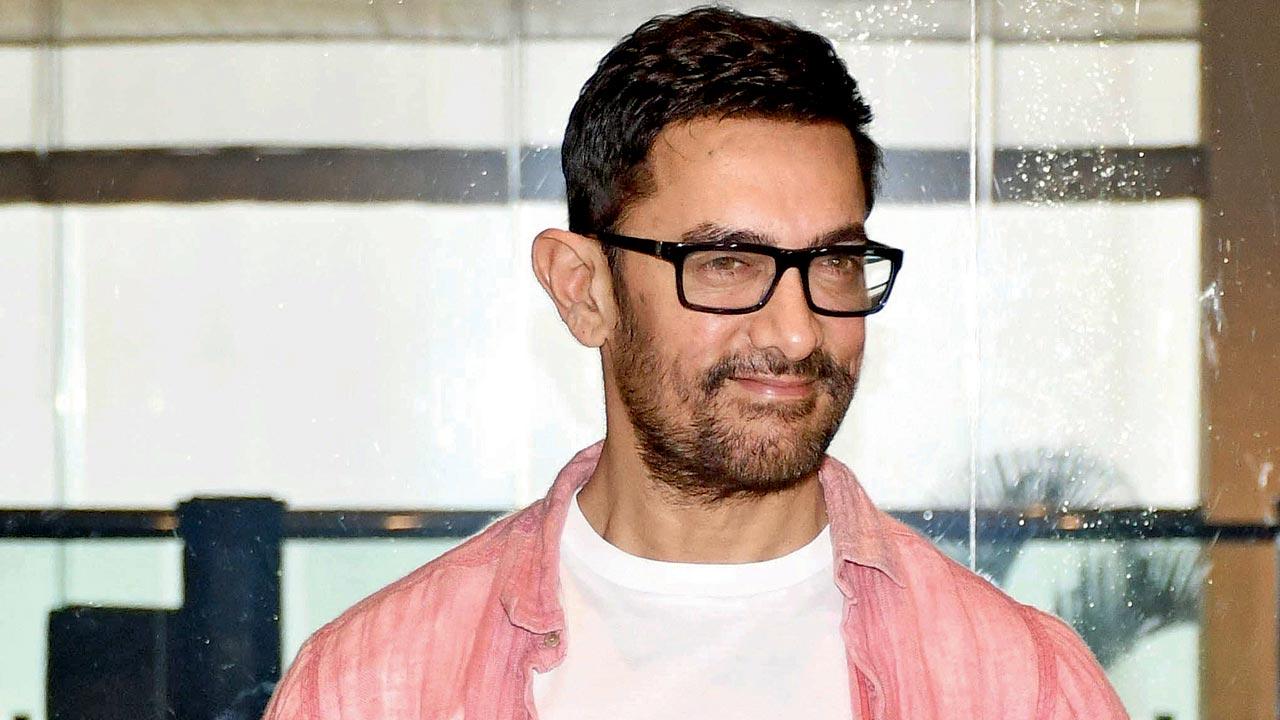 For several years now, Aamir Khan is known to work on one film at a time. He believes in getting a movie completely out of his system, before he delves into another. However, the perfectionist actor, who is currently readying Laal Singh Chaddha for an August 11 release, and is scheduled to begin director RS Prasanna’s remake of the Spanish film, The Campeones, is said to have liked a subject. Siddharth P Malhotra, who’s directing the launch pad of Aamir’s son Junaid, has reportedly discussed a couple of ideas with the actor-producer. We hear Aamir has liked a particular concept and asked the director to develop it with his writing team. If that’s not enough, he has also been offered a biopic of a controversial lawyer. Not to forget, Mogul, based on the late music baron Gulshan Kumar, is also in the pipeline. Guess, after Laal Singh Chaddha releases, we will know what Aamir is focusing on next. 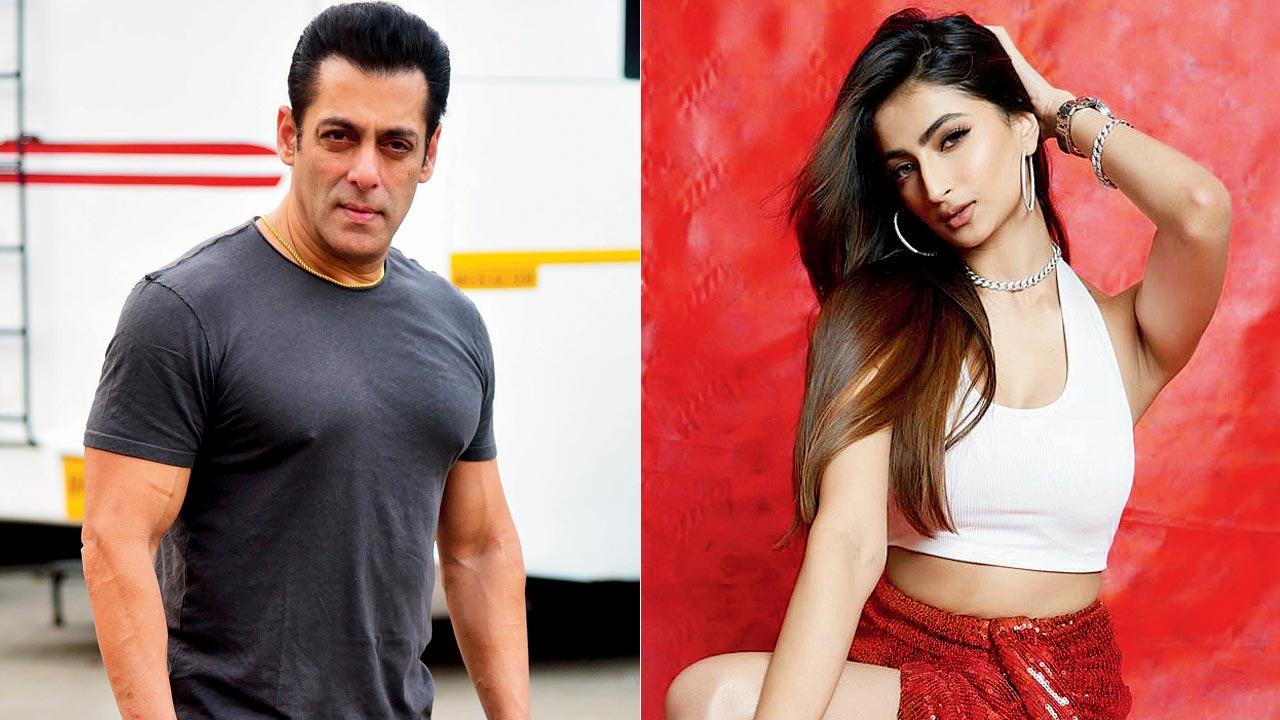 It seems the cast of Salman Khan’s Bhaijaan (as Kabhi Eid Kabhi Diwali is now called) has a new addition. Buzz is that Shweta Tiwari’s daughter Palak Tiwari has been roped in for a pivotal part in Farhad Samji’s directorial venture. Apparently, she is being paired opposite Jassie Gill and has even begun work on the film. Palak, who previously assisted director Mahesh Manjrekar on Antim: The Final Truth, has been handpicked by Salman. Interestingly, Palak makes her Bollywood debut opposite Vivek Oberoi in Rosie: The Saffron Chapter. KEKD, which is slated to release this year on December 30, also stars Pooja Hegde, Siddharth Nigam, Shehnaaz Gill, Raghav Juyal and Venkatesh. 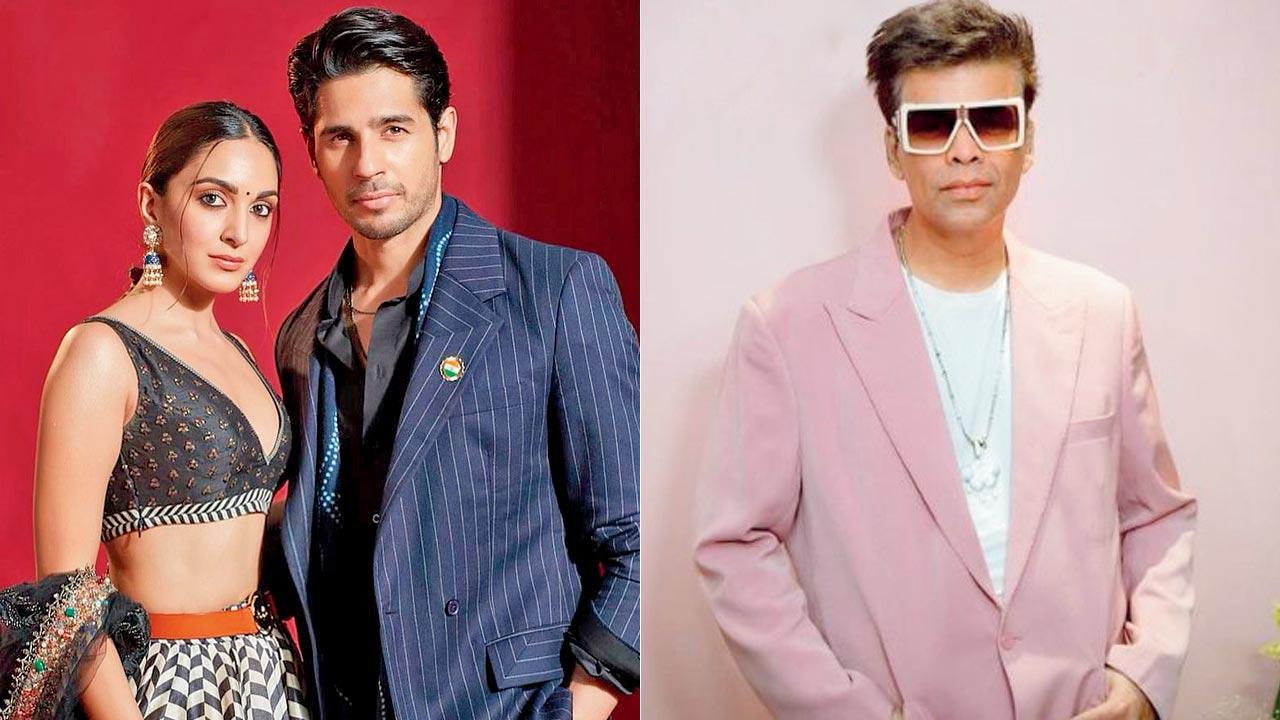 It is now known that Karan Johar played Cupid when Sidharth Malhotra and Kiara Advani had broken up over a month ago. Sources claim that the filmmaker and best friend of the couple wasn’t too pleased to hear that they were parting ways. Given that both consider him their mentor, he reportedly stepped in to resolve their differences. And that’s how Sid and Kiara got back together again. The two actors, who are currently busy with their prior professional commitments, are planning to take off for a short vacay when they get a few days off work. As they say, all’s well that ends well, of course, thanks to KJo. 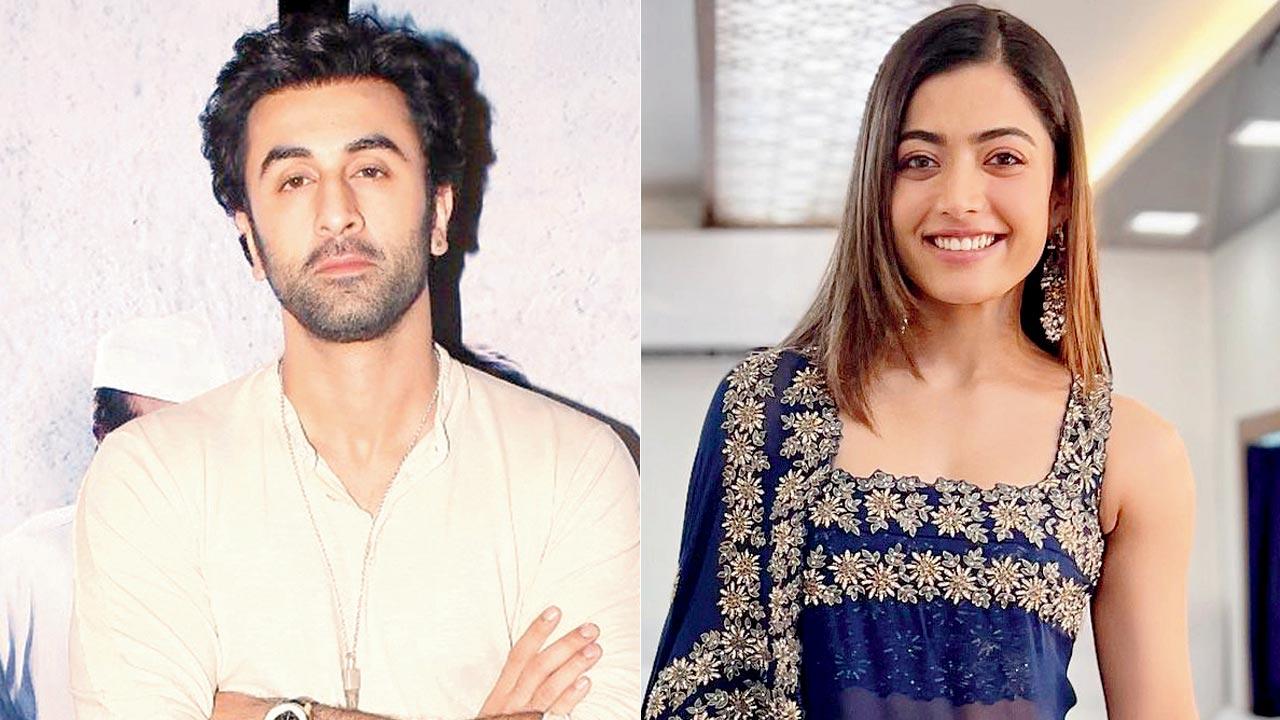 Rashmika Mandanna and Ranbir Kapoor seem to be getting along well on the set of their maiden collaboration, Animal. Interestingly, when they first met during the look test for Sandeep Reddy Vanga’s directorial venture, she was nervous. But the ice was broken soon enough and they bonded like buddies. However, Rashmika has a grouse against Ranbir. We hear he calls her ‘Ma’am’ — something she doesn’t like. She’s reportedly looking forward to the next schedule to get at him for this. Well, well. 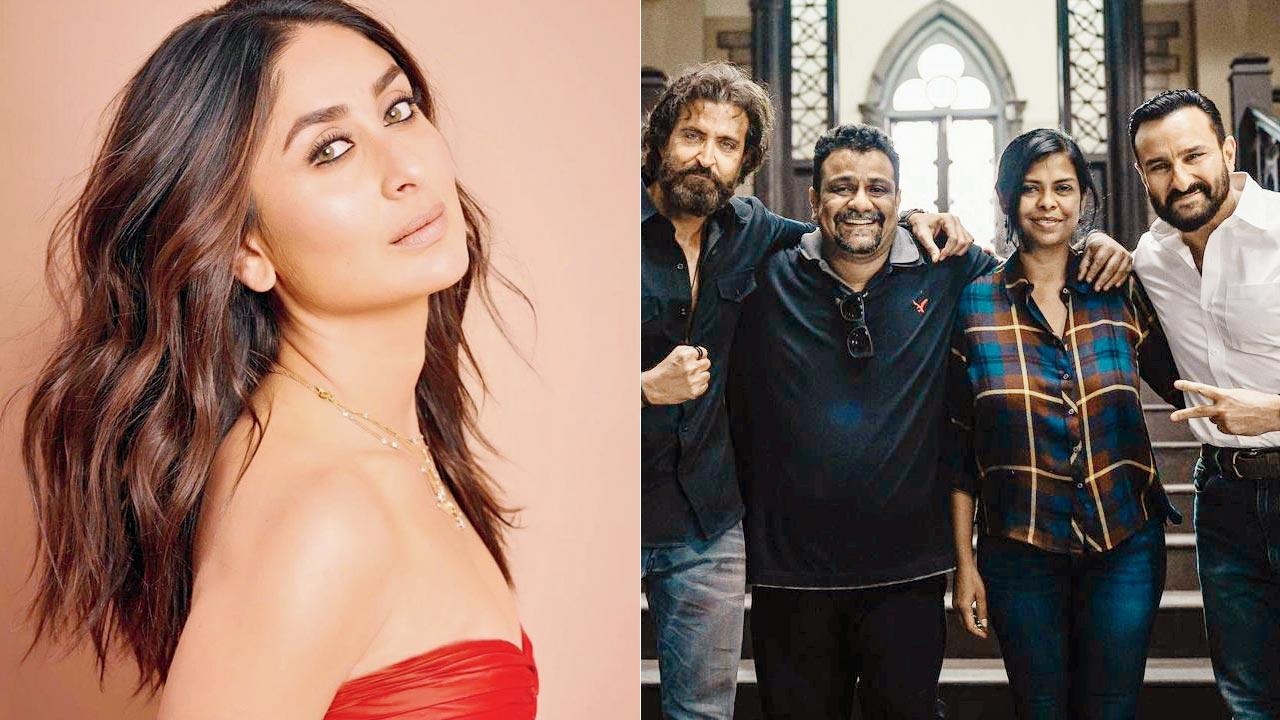 Hrithik Roshan announced the wrap-up of Vikram Vedha yesterday with a couple of pictures from the set. Besides thanking the director duo Gayathri-Pushkar, he wrote, “For me, becoming Vedha, good or bad, wouldn’t have been possible without the powerful presence of Saif Ali Khan as Vikram, in addition to all my co-actors, especially Rohit Saraf, Radhika Apte and Yogita Bihani, who gave me an impetus as a performer.” He signed off, saying, “Doing an excited nervous dance in my head today.” It appears as if Kareena Kapoor Khan is most excited about the Hindi remake of the 2017 Tamil hit. Sharing Duggu’s post, Bebo wrote, “Ufff, cannot wait.”

Also Read: IIFA 2022: Tiger Shroff all set to burn the stage with songs from 'War' and 'Heropanti'

Next Story : Up and about: Shilpa Shetty can still groove and how!