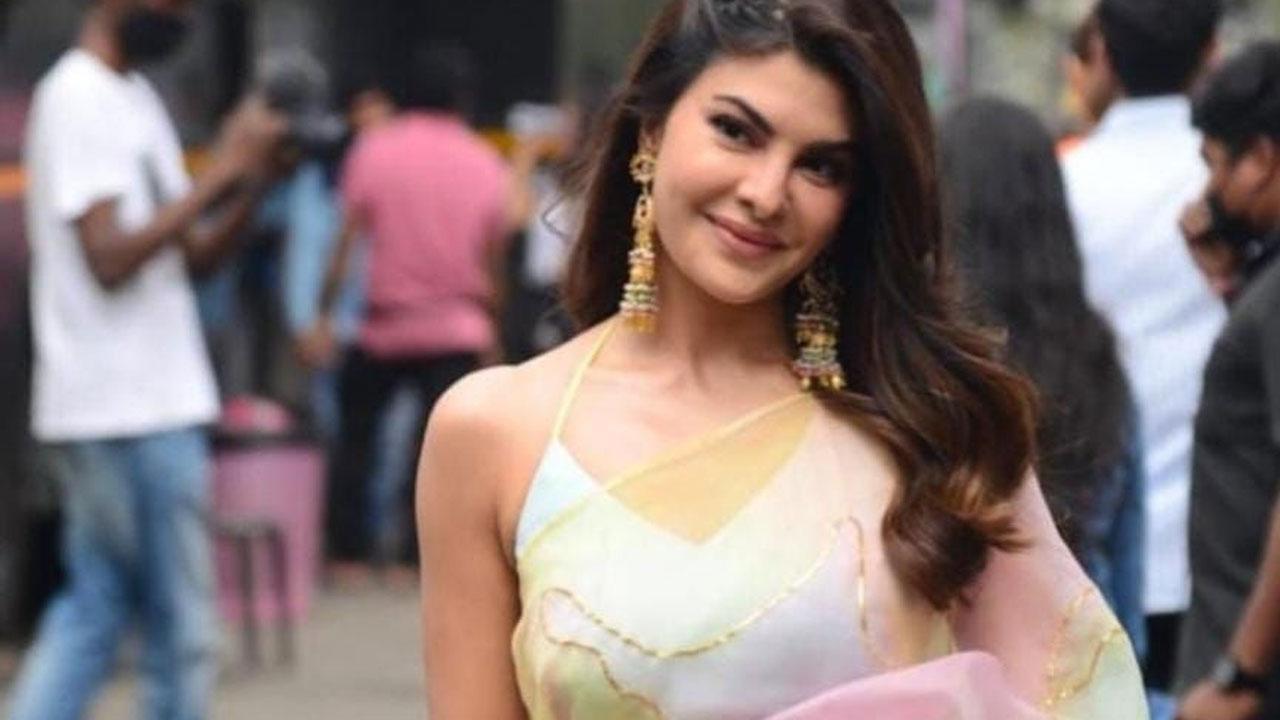 
Jacqueline Fernandez sets perfect summer goals as she dazzles the saree look with elan. Jacqueline carried off a beautiful saree as she made her appearance on 'Bachchhan Paandey's promotions ahead of its release. The actress is also setting goals with the way she's been multi-tasking her way recently.

On the film front, apart from Bachchan Pandey, Jacqueline will soon be seen in Ram Setu, Kick 2, Cirkus, and Attack along with a Hollywood project and a few other unannounced projects. She was recently seen on Shilpa Shetty's talk show's sets  ‘Shape Of You’.

Both Shilpa Shetty and Jacqueline Fernandez were having the time of their life on the sets of the former's show and joined the 'Ba Ba Ben dance challenge'; watch this hilarious video.

Jacqueline Fernandez and '365 Days' star Michele Morrone's song 'Mud Mud Ke' is also finally out, and their sizzling chemistry is unmissable. While their chemistry is definitely a winner, it's the twist at the end that takes the cherry on the cake.

Jacqueline shared the song's video on her Instagram account. She wrote, "Finally it's here! #MudMudKe official video with @iammichelemorroneofficial out now on @desimusicfactory official YouTube channel. Check out the crazy video and let me know your favourite part in the comment section."

The song's video shows Jacqueline dancing in a shimmery outfit in a nightclub as Morrone keeps up with his bad-boy image and walks into a club where Jacqueline is seen performing. It also showcases the undeniable chemistry between Michele and Jacqueline.

Jacqueline is then seen running away with the gangster in a luxury sports car. There is also action and a chase sequence that is seen further in the music video. Then comes the big twist -- Jacqueline takes him to a hideout before handing him over to the police.

Next Story : Vaani Kapoor: I am working in the best era of cinema