Kangana Ranaut left everyone in awe of her quirky take on saree with opera gloves. Once again, Queen of Bollywood gave us major fashion goals with a shoulder-padded black pantsuit 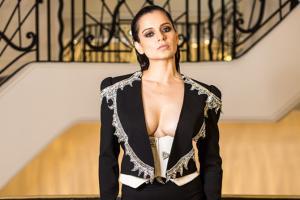 
To mark the 72nd Cannes Film Festival festival, Grey Goose is celebrating cinematic excellence through its global platform for the celebration of cinematic craft. Grey Goose is hosting Kangana Ranaut at Cannes this year.

The actress was seen wearing a Nedret Taciroglu/Nedo couture, and she looks no less than a diva. Kangana Ranaut's credence will make you fall in love with her outfit. Her gelled hair and kohled eyes added an edgy feature to her entire look, making it a perfect party outfit. Take a look!

Kangana Ranaut's black pantsuit was all-about-drama - those starry shoulder-pads, embroidered waistcoat and black jacket added an oomph factor to her Cannes look! The bootcut feels added to her trousers made this ensemble a perfect style statement for the celebration. 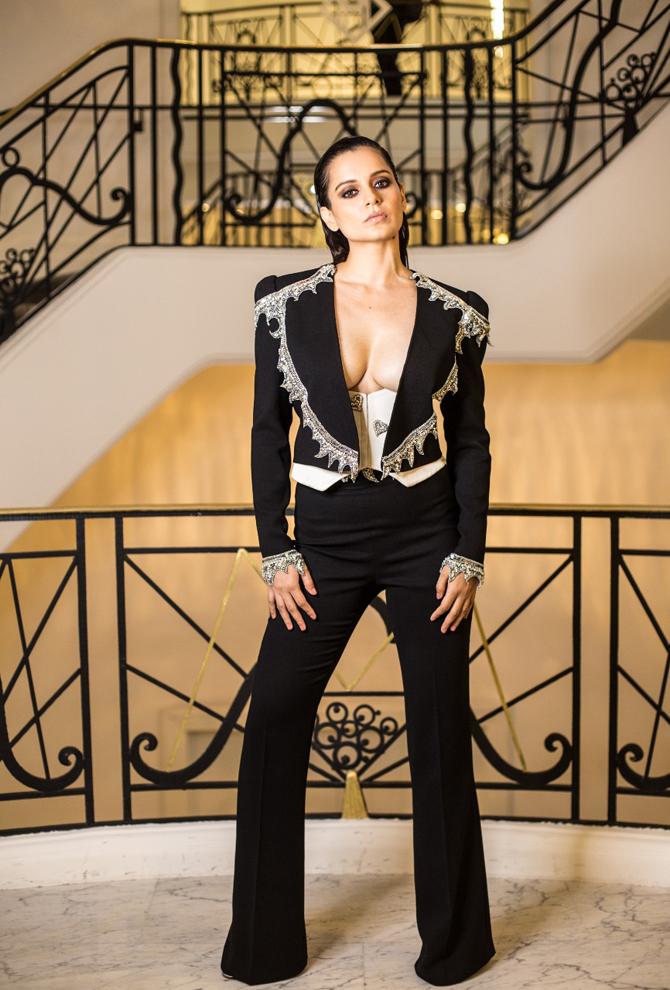 Speaking about Grey Goose's association with the artist, Anshuman Goenka, Marketing Head of Bacardi India said, "It is a pleasure to have an absolutely charming and skilled actress like Diana Penty debut at the Cannes Film Festival with our brand. Diana has carved a niche for herself with her impressive performances. She has been a symbol of sophistication and truly embodies the idea of living victoriously by celebrating each big and small achievement and striving for higher accomplishment."

This is Kangana Ranaut's second year at the French Riviera. The actress opted for a golden Kanjeevaram saree to walk the red carpet as her day 1 appearance at the 72nd Cannes Film Festival. The Manikarnika: The Queen of Jhansi actress will spread her aura from May 16-18.

Watch the video right away:

Kangana Ranaut was seen in a Falguni Shane Peacock's customised corset, and a Kanjeevaram saree by Madhurya creations. For the red carpet, Queen actress opted for a saree-with-opera-gloves look, and this Victorian take on traditional ethnic wear was loved by all!

Next Story : Kangana at Cannes: Nationalism is something very spiritual in nature