From fumbling to being excited, this one-minute video highlights many moods of Alia 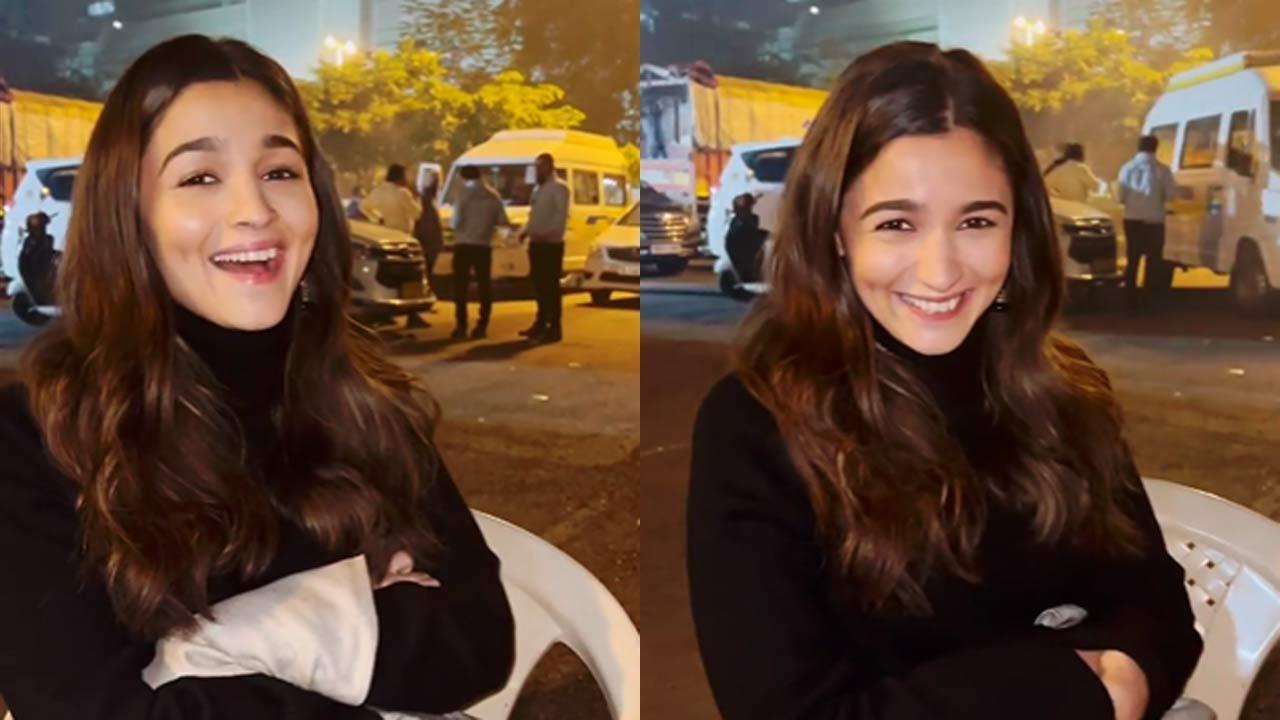 
Karan Johar's social media account is no less than a journey filled with fun moments and dramatic events. In one of his recent posts, Karan is seen having a special 'Koffee With Karan' session with Alia Bhatt, on the sets of his upcoming romantic drama, 'Rocky Aur Rani Ki Prem Kahani.' The director-actor duo is seen having some fun on the sets, as they take a break from their hectic schedule.

Karan's rapid-fire round not only makes Alia a bit nervous but also gets out the fun side of the actress. From fumbling to being excited, this one-minute video highlights many moods of Alia. The actress is seen wearing a black turtle neck top, rubbing her hands and hiding them into her sleeves to beat the winters. Her million-dollar smile and enthusiasm, as she plays the game, will surely remind you of her 'kouch' days on Karan's popular chat show.

Karan starts the round with simple questions from her shooting schedule, which later on becomes an intense 'recommendations by Alia' session. Take a look at the video right away!

Alia Bhatt, on the professional front, has a series of films lined up for 2022. Alia will be seen in 'Brahmastra', 'Rocky Aur Rani Ki Prem Kahani', 'Gangubai Kathiawadi', 'Darlings', 'RRR' and 'Takht'. Meanwhile, Karan Johar will be wearing a director's hat for 'Rocky Aur Rani Ki Prem Kahani', after the release of 'Ghost Stories' back in 2020. He has also turned producer for 'Sooryavanshi', 'Brahmastra' and 'Liger.'

Next Story : Katrina Kaif, Vicky Kaushal to tie the knot at Six Senses Fort in Rajasthan