Taking to her Instagram stories, the 'Jab We Met' actor treated fans with a cute throwback picture of father-daughter duo Saif Ali Khan and a baby girl Sara 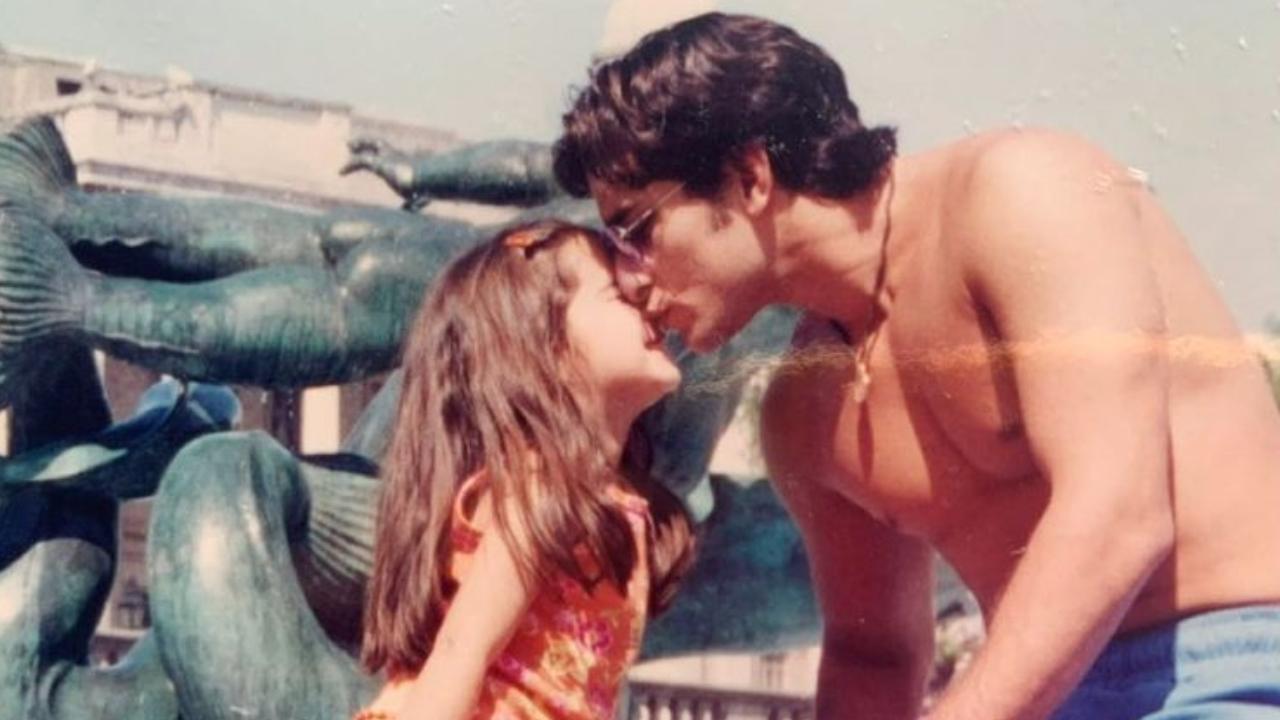 
On the occasion of Sara Ali Khan's birthday, Kareena Kapoor posted a sweet birthday wish with an unseen picture on her social media account.

In the picture, young Saif could be seen lovingly planting a kiss on her daughter's nose. He was seen shirtless and in blue denim. On the other hand, Sara was dressed in a top and shorts. Both were spending quality time.

It's in public knowledge that Kareena Kapoor shares a good bond with Saif and Amrita Singh's kids - Sara and Ibrahim. On several occasions, Kareena and Sara have shared pictures from their get-together, dinner parties and vacations. Even during several chat shows and interviews, the two have maintained that they are very much cordial with each other.

Recently spilling some beans on 'Koffee With Karan season 7' episode 5 that how Sara (who was a kid) had a fangirl moment during the 'Kabhi Khushi Kabhie Gham' trials, Kareena recalled an incident on the show. She said, "I remember at the K3G trials, she was hiding behind her mum...Amrita was like Sara wants a picture because she's such a big fan. She loved Poo in K3G and You are my soniya so much! But I don't understand why people discuss it so much. We are a family and like Aamir said if there is love and regard, this is it. They are Saif's children, they are his priority."

Speaking further on Saif's equation with Ibrahim and Sara, Kareena added, "Sometimes we're all together, and it's great. Sometimes if he wants to have time alone, like a coffee or like an hour or two alone with Sara he'll always tell me. They've been on holidays together. I think it's important for them to bond. A friend just said they have everything, but they have just one father. And it's so important for Saif also to give time to each of his children. I don't know why it's thought also. It's never crossed my mind the way people discuss it. It's not that difficult."

Meanwhile, on the work front, Kareena's 'Laal Singh Chadha' that clashed with Akshay Kumar's 'Raksha Bandhan' was released this Thursday.

On the other hand, Sara will be seen sharing screen space with Vikrant Massey and Chitrangada Singh in 'Gaslight'. The film is being directed by Pawan Kriplani who earlier helmed 'Bhoot Police' and is bankrolled by Ramesh Taurani. She has also recently finished shooting for an untitled project alongside Vicky Kaushal.

Next Story : Sidharth Malhotra and Kiara Advani celebrate one year of 'Shershaah' with an adorable video