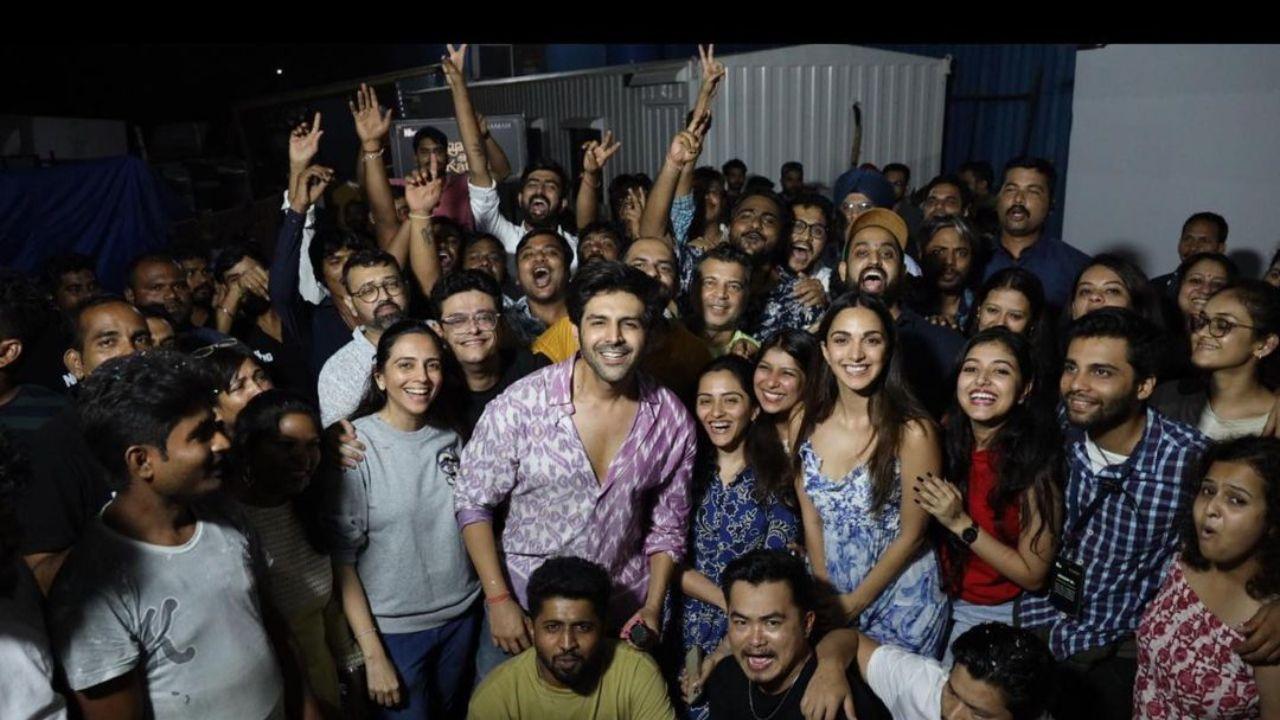 
In the post, Kartik Aaryan had posted a bunch of videos which were testimony to the fun that the entire cast and crew had while shooting for the film. One video showed the film’s lead stars Kartik and Kiara Advani cutting a huge cake with film's title written on it. After cutting the cake, both, Kartik and Kiara playfully applied cake on each other’s cheeks.

The second video showed the team displaying their garba performance. All of them were seeing having a good time while they danced to the tunes of 'Dholi taro dhol baaje' from the Salman Khan-Aishwarya Rai Bachchan-Ajay Devgn starrer ‘Hum Dil De Chuke Sanam’ and also Daler Mehndi’s ‘Tunak tunak tun’. . In addition to that, Kartik was also seen dancing to the track ‘Kaal kauuwaa kaat khaayega sach bol’ alongwith the whole team.

The third video had Kartik carrying the National Award-winning director Sameer Vidwans on his shoulders and dancing to the tunes of the hit Marathi track ‘Bilaanshi naagin nighaali’. After the successful first schedule, the film unit of ‘Satyaprem Ki Katha' will start shooting for their second schedule in Gujarat.

While the film is being directed by Sameer Vidhwans, and produced by Sajid Nadiadwala, the film stars Kartik Aaryan and Kiara Advani in the leda roles. The film is slated to hit the theatres on June 29, 2023.

Are you excited to see Katrina Kaif playing a ghost in ‘Phone Bhoot’?