The actress, who turns 31 today on July 27, held a special screening of her film ‘Mimi’ for her family and also cut the birthday cake with all beam and joy. 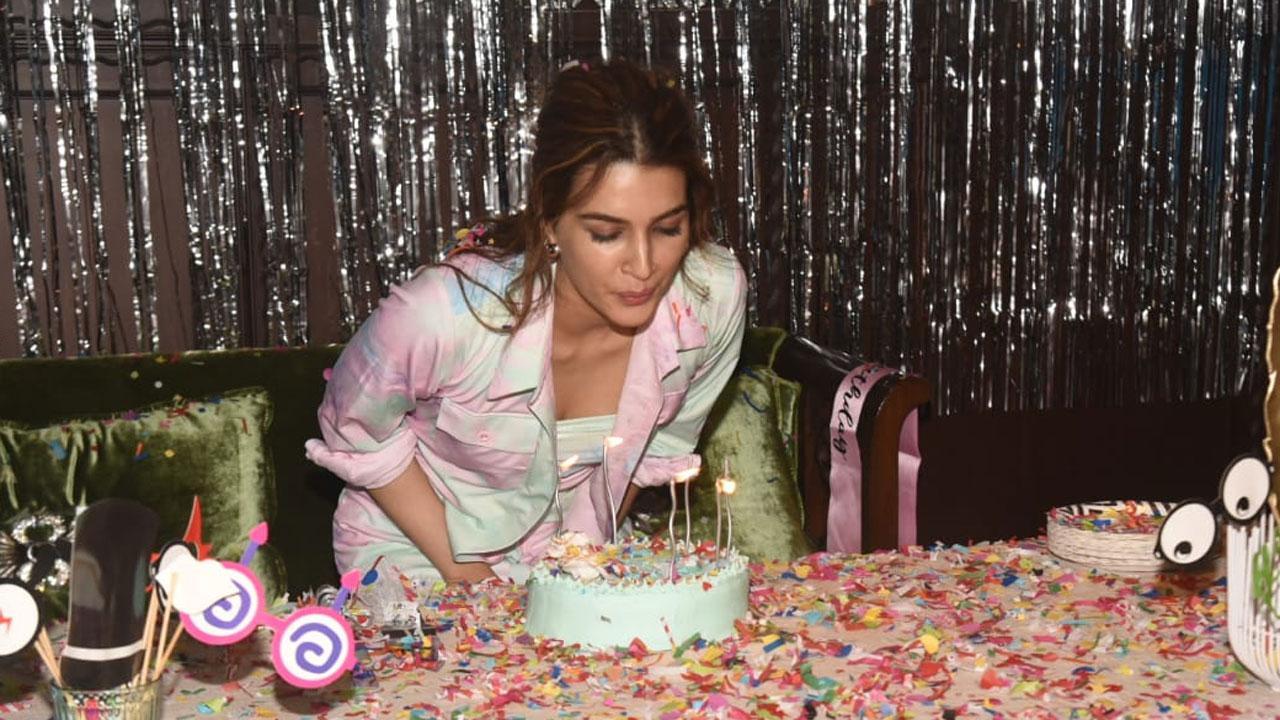 
Kriti Sanon is in one of the most exciting phases of her career. Her film ‘Mimi’ looks promising and this will be followed by films like ‘Bachchan Pandey’, ‘Ganapath’, ‘Bhediya’, and ‘Adipurush’. The actress who began her career in films with ‘Heropanti’ in 2014, turns 31 today. On this special occasion, Sanon held a special screening of ‘Mimi’ for her family.

That’s not all, she also graced the occasion with all beam and joy and also cut her birthday cake, cheerfully posing for the flashbulbs and enjoying every bit of the moment. Given the expectations people have from the film that’s being shouldered by the actress, it seems she’s positive about the reactions that would follow.

For Sanon, this film is the manifestation of how far she has come in her career. After seven years in the industry and several hits, she is ready to carry a film on her able shoulders. “This is my most special project because it’s the first film I am shouldering; it’s a big responsibility. People have invested their money, believing in [me]. With Bareilly Ki Barfi [2017] and Luka Chuppi [2019] winning applause, it gave me the confidence and hunger to find something more character-driven.”

Not too long ago, the industry believed that a young actor playing a mother was hara-kiri for her career. She is glad that we’ve left such regressive ideas behind. “It didn’t cross my mind until I heard people saying, ‘You shouldn’t play a mother so early in your career’. I don’t think [such notions] matter. My producer Dinoo [Dinesh Vijan] was surprised to see how well [my performance] shaped up. Women have a maternal instinct. I’m [protective] of my younger [sister], so there’s a chhoti mummy inside me,” she laughs. The film reunites her with Tripathi, who played her father in Bareilly Ki Barfi.

While we were all waiting with bated breath for the Kriti Sanon and Pankaj Tripathi starring comedy to release, team Mimi has sent the best surprise gift ever to Kriti, her fans and the audience, as the film will now stream from today itself! Yes, you heard right! 'Mimi' has come to our screens on 26th July at 6:30 pm IST only on Jio Cinema and Netflix.

To usher in her special day, the makers decided to surprise her (pleasant of course) and let the world meet her labour of love Mimi today! It may be an early delivery, but rest assured, this baby is fit, fine and healthy, all set to crawl into everyone’s hearts with its wholesome blend of laugh out out loud and feel good moments.

Also Read: Kriti Sanon on transformation for 'Mimi': It made more sense to not take up any other project during the shoot

Next Story : Kiara Advani expresses her gratitude to the Army and their families in Kargil at 'Shershaah' trailer launch