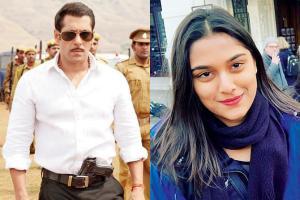 
While his character as an alcoholic and father to Sonakshi Sinha's Rajjo was written off in Dabangg, Mahesh Manjrekar will return to Salman Khan's franchise yet again in the upcoming third instalment, part of which is a prequel to the first edition. The actor confirms to mid-day that this offering will see him share screen space with his daughter, Saiee, who features as a young Chulbul Pandey's love interest.

With Dabangg 3 chronicling Chulbul's journey to becoming a cop, Manjrekar too will slip into a young avatar. The actor, who is currently filming for the offering in Phaltan, tells mid-day, "I reprise my role of Haria. It's a cameo which is there to establish Chulbul's journey. I had one scene with Saiee and Salman, and it was wonderful to be in the same frame as my daughter. I felt proud and emotional."

The development comes after Manjrekar featured in a Marathi venture with his youngest daughter, Gauri. " This year, I have acted with both my daughters. There were reports that my elder daughter Ashwami was in Dabangg 3, but she is a chef, and never wanted to be an actor. She assisted me for a while on Viruddh ( 2005). She would have been a fantastic director, but she never wanted to be in films. Saiee has always wanted to be an actress." 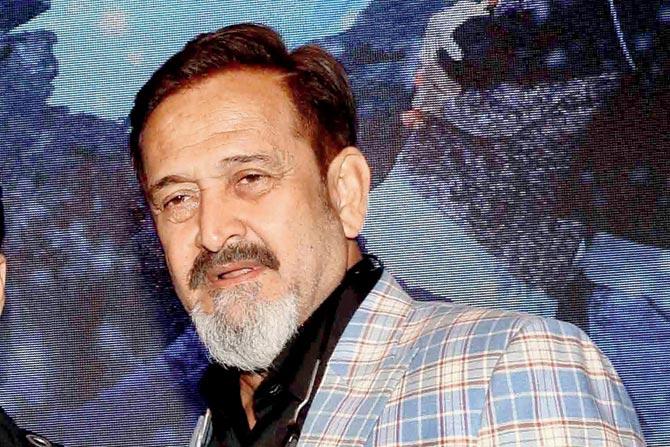 Manjrekar's son, Satya, 24, also harbours acting aspirations. "But he has to learn the ropes of the profession." Gauri, meanwhile, is pursuing a bachelors degree in dance. "She's the best actress in the world. I have just directed her in the Marathi film, Pandhrun, which will release in Diwali. it's a period film set in the '60s. She plays a 16-year-old child widow." It was during a reality show in Satara that Manjrekar first saw Gauri, and decided to take her under his wing as her guardian. "I saw great promise in her. I don't know if she is a better dancer or actor. Her parents are there, and she visits them during her holidays. I told them that she had a great future, and she wouldn't be able to have that if she continued to stay in Satara. Since then, she has been with us."

Salman Khan's producer- brother Arbaaz also returns as Makkhanchand Pandey in Dabangg 3, which is being helmed by Prabhudheva.