Arjun recently took to his Instagram and shared a selfie of him and a cute video of Malaika, leaving fans amazed about the bond the couple shares 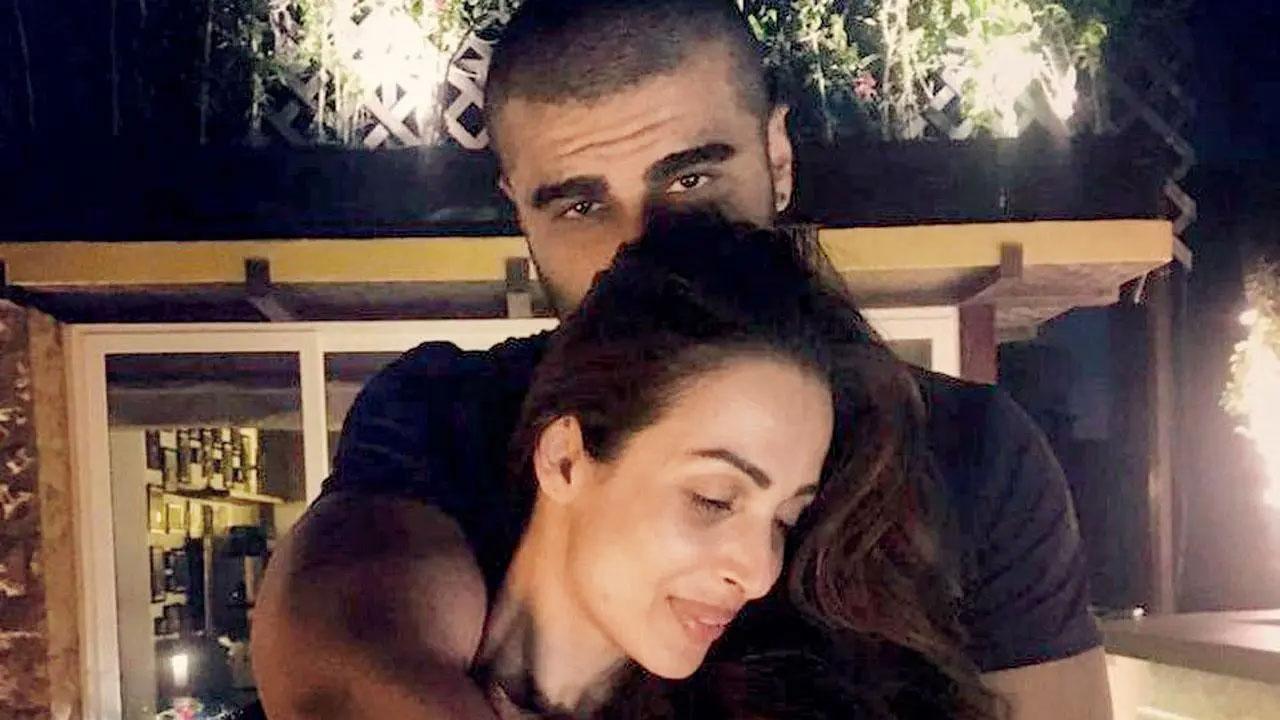 
One of the most loved couples in B-Town, Malaika and Arjun are currently having the best time of their life in Paris. The '2 States' actor on Tuesday shared a cute video of his lady love on his social media account. Arjun recently took to his Instagram and shared a selfie of him and a cute video of Malaika, leaving fans amazed about the bond the couple shares. In the first post, the actor shared a selfie of himself. He was seen wearing a blue jumper and a pair of cool sunglasses.

He also shared a cute video of Malaika, in which she was seen busy taking pictures of the street. The highlight of the video was Malaika wearing Arjun's blue hooded jumper that she teamed up with leather joggers and a pair of bright pink colour sliders.

Arjun wrote a quirky caption for the post, "His by day...Hers by night...Swipe right for more details...#jumpersharingiscaring." On this Malaika also dropped a funny comment, she wrote, "Hahahahaha ..... caught." As Arjun Kapoor turned a year older on Sunday, the duo jetted off to the French capital to celebrate the latter's birthday. The couple has been sharing pictures on their social media handles from feeding French fries to each other to twinning in white. Making their fans go 'aww'!.

A few hours ago, the 37-year-old actor also shared a movie ticket of Tom Cruise's Top Gun: Maverick on his Instagram story. In the post, Malaika was seen in the background. Along with the post, he wrote, "What a film!!! What a ride!!! What an experience."

On the work front, Arjun will be seen in Mohit Suri's much anticipated 'Ek Villain Returns', which also stars John Abraham, Disha Patani and Tara Sutaria. The makers of the film unveiled the first-look posters of all the actors earlier today. In the posters, every actor can be seen in a dark and intense look, showing up their villainous avatars and holding up a yellow smiley mask, which was a part of the earlier part 'Ek Villain' as well.

Directed by Mohit Suri, 'Ek Villain Returns' is the sequel of the super hit thriller film 'Ek Villain' which starred Sidharth Malhotra, Shraddha Kapoor and Riteish Deshmukh in the lead roles and the film is slated to hit the theatres on July 29, 2022.

Next Story : Whacky Wednesday: Vidyut Jammwal meditates in the Himalayan range; buries himself in snow