Whacky Wednesday: Vidyut Jammwal meditates in the Himalayan range; buries himself in snow 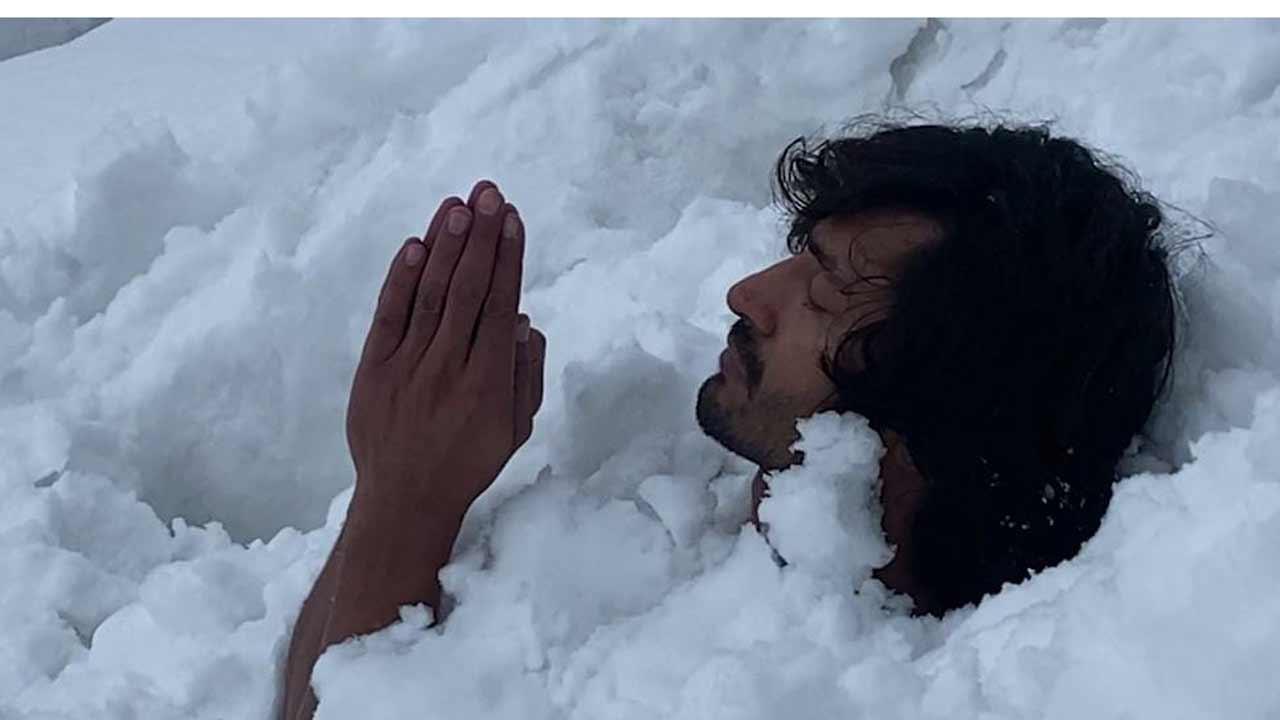 
Vidyut Jammwal does it again by surpassing his limits and proving that there are no boundaries. A video has surfaced of the Khuda Haafiz actor, who is seen standing covered in six-feet deep snow in the Himalayas. What's unbelievable is that the Indian Kalaripayattu yogi is unfazed as he is buried in the Himalayan range. The video showcases him performing a series of kriyas to control breathing.

The actor emerged from the snow with bruises on his shoulders from the piercing cold. When asked why he did it, he shared that every martial artist has to hit different levels of physical abilities and this kind of meditation is his way of unlocking a whole new zone. His stillness speaks to the degree of proficiency he has achieved in Kalaripayattu.

Jammwal will soon be releasing a three-hour detailed video on how to control breathing through the mind and the mind through breathing. It will be premised on the step-by-step process of surrendering to the inner self and healing on his YouTube channel. He has previously healed more than a million people through his channel during the pandemic. It will be exciting to see what new areas of healing he captures on his platform.

Pushing the limit has been a constant theme of Vidyut's life. He frequently posts videos of himself performing dangerous stunts on social media and is listed as one of the top martial artists in the world. Jackie Chan, Jet Li, Bruce Lee, Johnny Tri Nguyen, Stevan Seagal, Donnie Yen, and Tony Jaa are on the same list.

Apart from that his upcoming film 'Khuda Haafiz Chapter 2 Agni Pariksha' will hit the theatres on 8th July 2022. He also has 'IB 71' and 'Sher Singh Raana' on his slate.

Next Story : Manish Malhotra is 'taking in the London sun' with mom-to-be Alia Bhatt and Karan Johar