On Sunday, Sidharth Malhotra and family were spotted at a Bandra-Kurla Complex restaurant 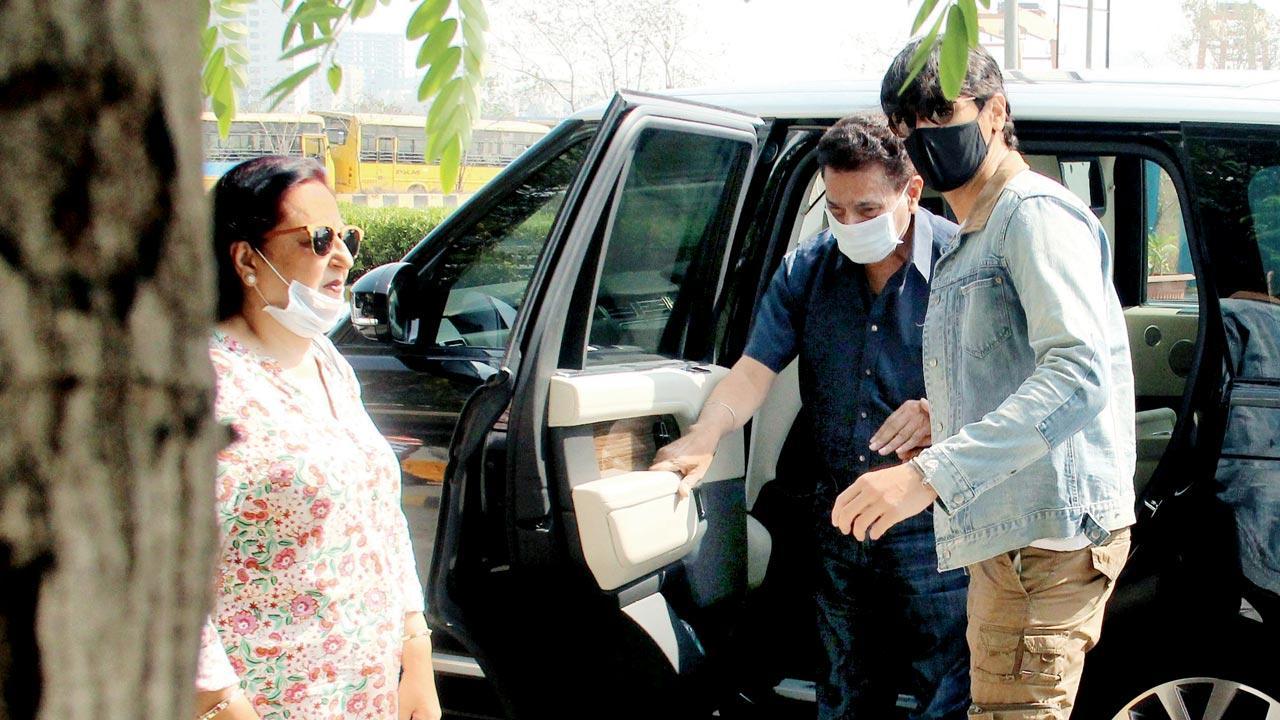 
On Sunday, Sidharth Malhotra and family were spotted at a Bandra-Kurla Complex restaurant. Joining them was Malhotra’s rumoured flame, Kiara Advani.

There has been a talk that Sid has met her folks. Are they planning to make their relationship official? It’s been a while since they have been holidaying together and dropping hints on social media about being a couple. Pics/Yogen Shah

Kiara Advani also has Jug Jugg Jeeyo with Anil Kapoor, Neetu Kapoor, and Varun Dhawan, and Bhool Bhulaiyaa 2 with Kartik Aaryan and Tabu. This is not it, the actress has also come on board for Ashutosh Gowariker's next, tentatively titled Karram Kurram. The film is based on the real-life narrative of how the Shri Mahila Griha Udyog Organisation came into being. It will narrate the journey of a woman who brought together six other homemakers to create a source of income by making papads.

On the professional front, Kiara Advani was last seen in Laxmmi and Indoo Ki Jawani. Helmed by Bengali filmmaker Abir Sengupta, the female-centric film is touted to be a modern age love story based on the current trend of dating through online applications. The film depicted the story of Indoo Gupta, a feisty girl from Ghaziabad, whose left swipes and right swipes with dating app results in hilarious chaos. Indoo Ki Jawani is being bankrolled by Monisha Advani, Madhu Bhojwani with Nikkhil Advani and co-produced by Niranjan Iyengar and Ryan Stephen.

Next Story : Athiya Shetty and K L Rahul's night out with friends