After the backlash on 'Adipurush'director Om Raut for "misrepresentation" of Ramayana, the Maharashtra Navnirman Sena (MNS) leader and film producer Ameya Khopkar came out in support of the director and his film 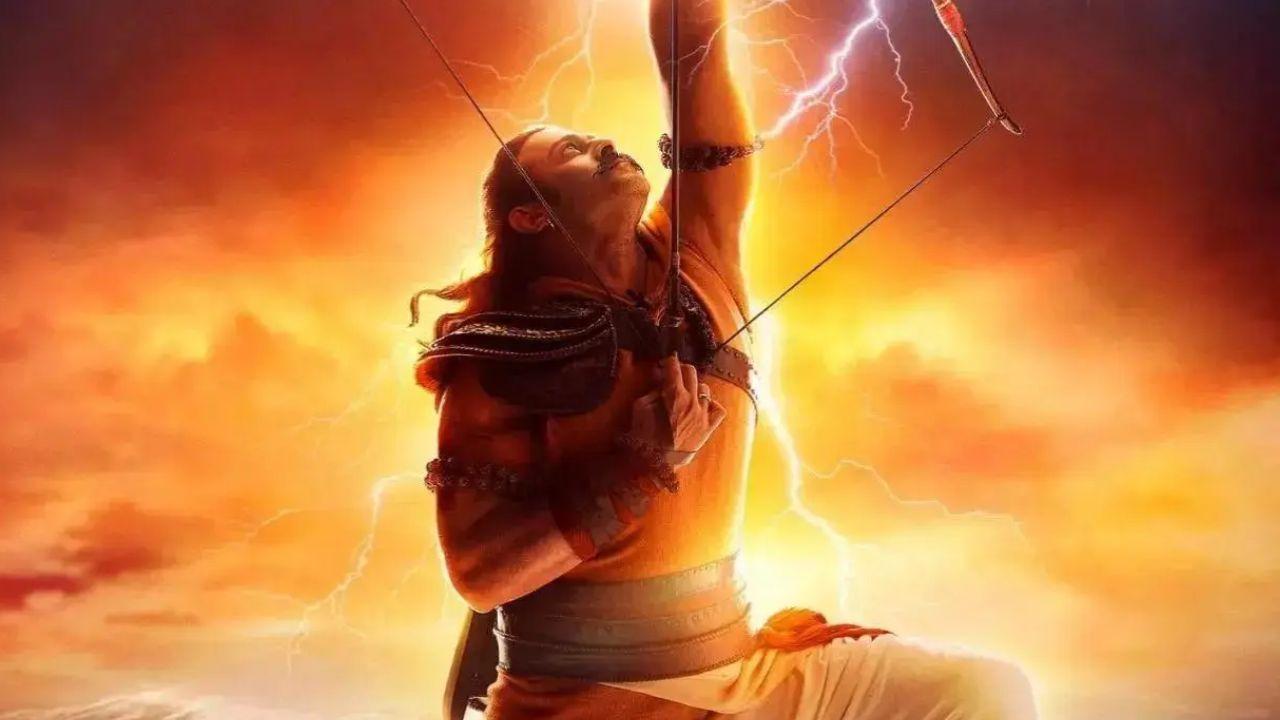 
After the backlash on 'Adipurush'director Om Raut for "misrepresentation" of Ramayana, the Maharashtra Navnirman Sena (MNS) leader and film producer Ameya Khopkar came out in support of the director and his film. Ameya Khopkar supported the director Om Raut and slammed people opposing the release of the movie 'Adipurush'.  Ameya Khopkar said, "We support Om Raut and his movie 'Adipurush'. If you (BJP) are saying that you will not let the film run, this type of gundagardi will not be acceptable in Maharashtra. This film will get released and we MNS team are supporting the film."

He added, "After just seeing the teaser and for your dirty politics, you are stopping this film. They need to think beyond politics. This type of dirty politics we don't accept, MNS doesn't support this type of politics. It's very easy to say that we oppose this film but with this movie, 400 to 500 people feed their stomachs. We (MNS) support all religions whether it's Hindu or Muslim, there is no difference for us. First, watch this movie and then take a decision, only watching the teaser you can't decide whether it's right or wrong. Om Raut is a great director. He has previously created films like 'Tanaji' and 'Lokmanya'. He has also designed and executed a laser show which depicts the history of Chhatrapati Shivaji Maharaj at Veer Savarkar Smarak in Shivaji park. Om Raut is a true hindutvawadi and I know him very well he can't direct movies against any Devi Devtas. Has Ram Kadam ever seen Ravana in his life or does he have a photo of Ravana in his pocket? You must give liberty to directors. To give liberty doesn't mean to disrespect Devi and Devtas. I oppose this controversy and MNS gives its full support to this movie (Adipurush)."

Earlier, Madhya Pradesh Home Minister Narottam Mishra said, "We have an objection to the portrayal of the film Adipurush It is not right to slander us by wrongly filming the focal points of the Hindu faith. I am writing a letter to filmmaker Om Raut to remove the objectionable scenes, if those scenes are not removed then we will take legal action."

Speaking to ANI, BJP spokesperson Malavika Avinash said, "I am saddened by the fact that the director let alone researching the Valmiki's Ramayana, Kamba Ramayana or Tulsidasa's Ramayana, or the umpteen numbers of interpretations of Ramayana that are available across board as far as Thailand where they do beautiful performances of the Ramayana. The least he could have done is research our own films; there are so many Kannada films, Telugu films, Tamil films, which show how Raavana looked. He could have just looked up NT Rama Rao or Dr Rajkumar in 'Bhookailasa' or any of these great actors, SV Ranga Rao in 'Sampoorna Ramayana', to understand how Raavana looked. The Raavana in the photograph that I see floating around is a guy who looks nothing Indian, who has blue eye makeup and is wearing a leather jacket. This is our history they are representing; they cannot do it in the guise of creative liberty".

Malavika stated that "Ramayana is who we were" and added, "it represents this nation, its civilisation and its people. So no one can take it for granted, let alone a film director. I am angry and I am saddened by this misrepresentation". Raut made this film with the dream of bringing the story of Ramayana to the silver screen but ever since the first teaser of Prabhas, Saif Ali Khan and Kriti Sanon-starrer 'Adipurush' dropped yesterday, there has been a unanimously negative response from various quarters. People have largely been disappointed due to the film's poor VFX and the unrealistic look of various characters including Saif's Raavan. Seeing Saif donning short spiked hairs, long beard and kajal eyes, several netizens have compared the actor's look in the film with that of Alauddin Khilji rather than Raavana.

'Adipurush' has been produced by T Series and Retrophiles. It is slated to hit the theatres on January 12, 2023, in IMAX and 3D. Produced by Bhushan Kumar, Om, Prasad Sutar, and Rajesh Nair, the film will be released in Hindi, Telugu, Tamil, Malayalam, and Kannada.