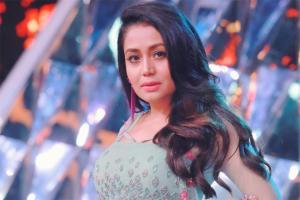 
Neha Kakkar is in the process of healing herself from a fresh heartache after her relationship with Yaariyan actor, Himansh Kohli went kaput. The singer has been quite expressive and vocal about her breakup. Although Neha admitted to the fact that she is hurt, she never named Himansh in any of her statements, quotes or post on social media.

On Tuesday, singer Neha Kakkar came across a report that blamed Himansh Kohli of betraying the singer, thus leaving the former devastated. However, she was quick to retaliate and defend Himansh. Neha said that when it comes to being loyal, Himansh is the best and that he never betrayed her. This is what she wrote, "I read some article online which was Fake & Disturbing. Yes, I said I'm hurt but I NEVER said I got betrayed. When it comes to being Loyal, He's the Best! So plz stop blaming him & putting Wrong Allegations. We just can't spoil anybody's reputation without even knowing the facts [sic]." 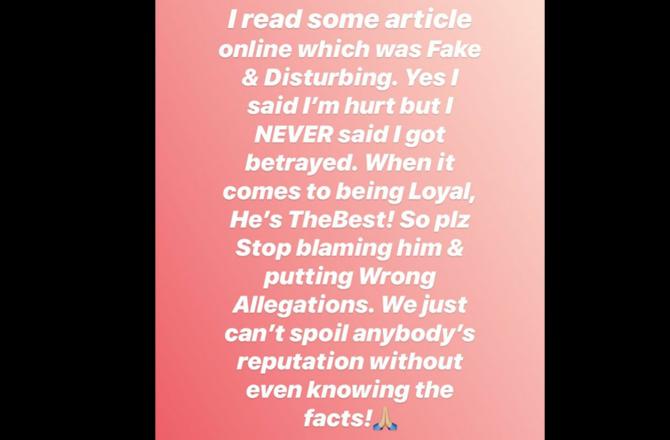 Neha Kakkar and Himansh Kohli announced their love to the world through national television. However, things took a drastic turn and they went their ways leaving behind what they shared together. Needless to say, their relationship went downhill. The cause for their break up is still unknown. While Neha has been vocal about her pain and feelings, Himansh hasn't spoken about it.

The 30-year old singer took to her Instagram account to confess that she is going through heartbreak and is in depression. She had written, "Yes I am in depression. Thanks to all the negative people in the world. You're successful in giving me the worst days of my life. Congratulations you're successful! [sic]"

A few days ago, Neha Kakkar appeared on the sets of a singing reality show and broke down to tears. She heard a contestant sing, 'Maahe Ve' and couldn't hold back her feelings and started crying. However, this wasn't the first time that the singer cried on a reality show.